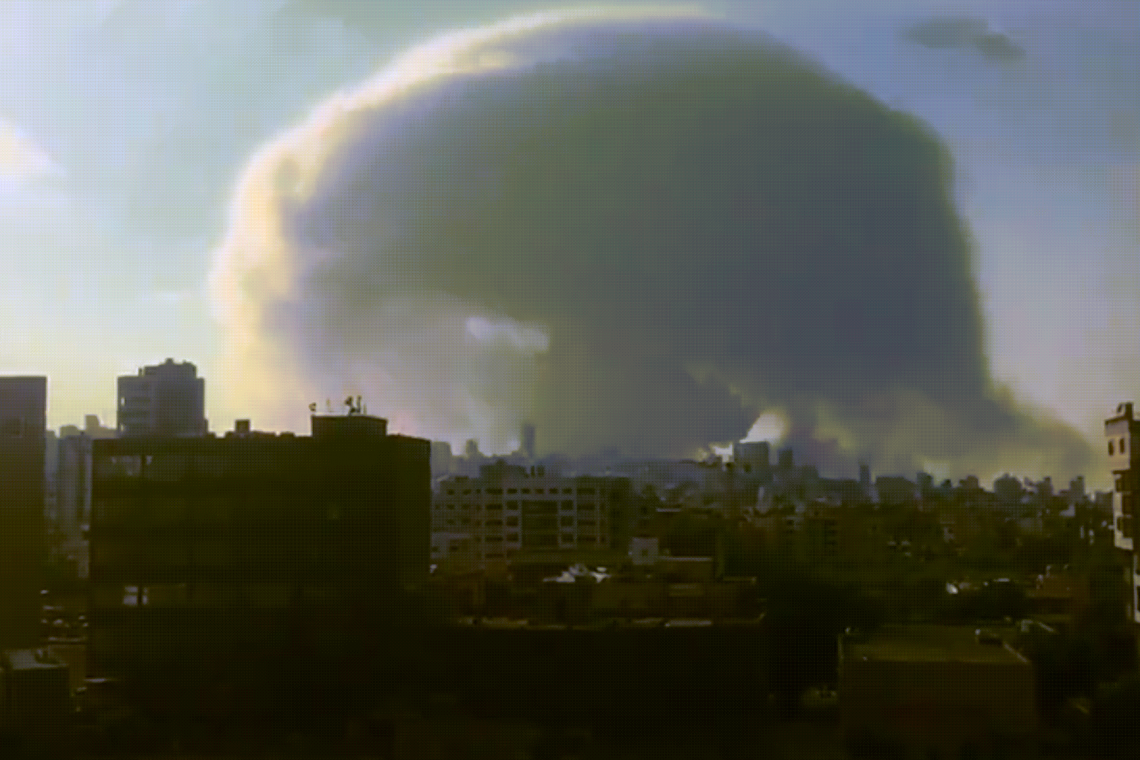 An utterly enormous explosion has taken place in Beirut, Lebanon, and video from several angles indicates the device was a NUCLEAR BOMB which failed to properly maintain "critical mass."

Best View of INITIAL (the start of) an actual NUCLEAR BLAST, which failed to properly "go critical" and fizzled out.  Note the deep RED color of the explosive cloud.  Likely - but not yet proven - intensely radioactive.

VIDEO FROM A BOAT OFF COAST

VIDEO MUCH CLOSER TO BLAST

There are news reports that a Firework factory is what exploded.  Certainly some videos from the area show fireworks going off prior to the huge explosion.

We are not certain how much gunpowder would have to have been in that factory to cause a blast like that.

Intelligence sources point out that a fire in a firework factory would be a very good cover / diversion / excuse for a "large" explosion.  They also point out that there are typically no "fireworks factories" at a sea port.  There may be some fireworks stored in a warehouse, but not a factory.

Intelligence sources also point out that a port would allow a vessel to bring an explosive device in from the sea, position it near a warehouse known to hold explosives, then set it off to blame the warehouse.

Presuming this was **NOT** an attack by . . . let's say, Israel . . .  against Hezbollah . . . the other real possibility is that this was an IRANIAN NUKE, untested and unstable, being supplied by Iran to Hezbollah, which, because of its unstable design, went off accidentally and improperly, not maintaining critical mass.

A simple sweep with a cheap radiation detector will lay all nuke rumors to rest.

No one is doing that just yet.

The warehouse which detonated in Beirut was, in fact, a MISSILE STORAGE WAREHOUSE, holding missiles and other weapons FROM IRAN, given to Hezbollah.

This was NOT a fireworks factory fire.

The question now is, WHY did that warehouse blow up?

For some reason, government officials are telling people in Beirut to "Leave the city immediately."  No one is saying why . . . .