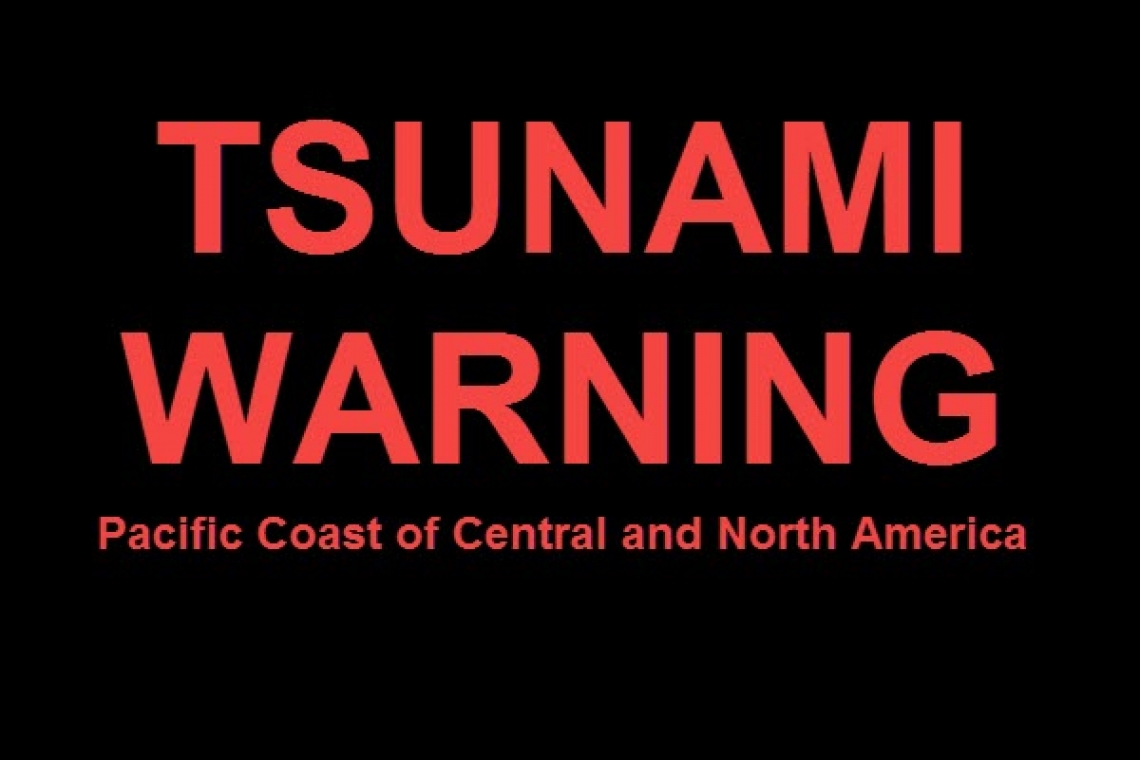 The United States Embassy in El Salvador has issued a TSUNAMI WARNING as of 1:22 PM eastern US time Monday, telling personnel along the pacific shoreline of the Americas that "DoD aircraft observed a possible TSUNAMI, 600 miles off the coast and that personnel should "move to higher ground."

Tsunamis travel at between 450 and 550 mph through the ocean, so if this warning is accurate, the Tsunami will impact the west coast of the Americas beginning in less than one hour.

Here is the Tweet from the US Embassy, issuing the warning:

This __may__ be related to a significant Magnitude 4.9 earthquake which took place at the long-thought-dormant Mauna Kea volcano on the big island of Hawaii several hours ago.   The quake struck at a shallow depth of 28km and shook the ENTIRE big island of Hawaii.

We just spoke to the Pacific Tsunami Warning Center in Palmer, Alaska.  They say they are familiar with the tweet issued by the US Embassy, but they have no indication of any Tsunami anywhere.

They went on to say they are monitoring water depth and water pressure along the ocean floor and have "no indication of any tsunami."

Very shortly, a whole slew of us are going to find out whether the DoD is correct, or whether the Tsunami Warning Center is correct.

No tsunami has been detected off the coast of El Salvador after officials warned that a U.S. military aircraft had spotted a potential tidal wave, sparking evacuation warnings, U.S. and Salvadoran authorities said on Monday.

The U.S. embassy in El Salvador said on Twitter a Defense Department aircraft had seen a “possible tsunami” some 600 miles (965 km) from the border of El Salvador and Nicaragua, sparking some evacuations along the Pacific Coast of Central America.

However, Orlando Tejada, a Salvadoran civil protection official, said there was “absolutely no register” of a tsunami and the U.S. embassy said soon afterwards that no activity which could result in such a phenomenon had been detected.

“But, given the speed with which tsunamis can move, we considered it prudent to share this information promptly,” the U.S. embassy said on Twitter, saying that it and Salvadoran authorities were continuing to monitor the situation.