Pennsylvania Government: The Freak Show of the Eastern USA! 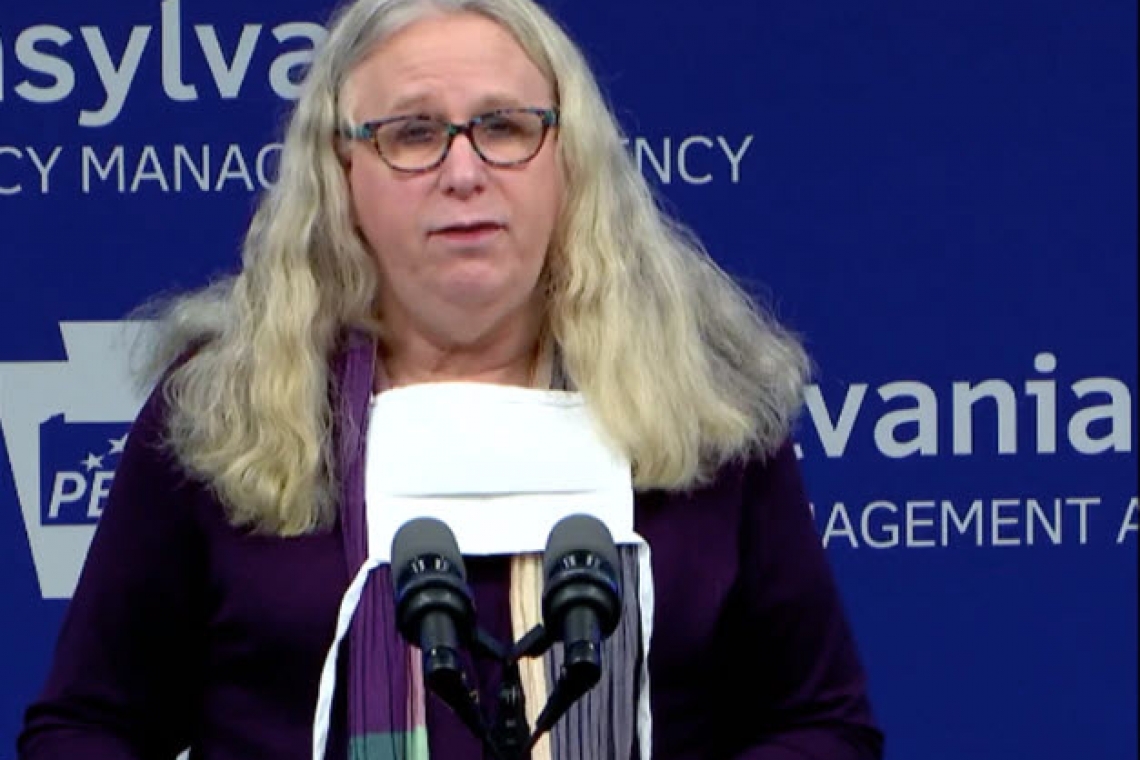 The spread of coronavirus to the Commonwealth of Pennsylvania has exposed its state government as a literal FREAK SHOW for the eastern USA.

Worse, the 12.8 million people who live in Pennsylvania, who need professional expertise and reliable guidance about the virus outbreak, are being forced to suffer a Health Secretary who is so mentally twisted, it can't figure out that the penis between its legs makes it a man, not a woman.  How can Pennsylvanians take seriously, anything this tranny freak tells them?

Sadly, a significant portion of the Commonwealth of Pennsylvania is so devoid of common sense, so beaten into submission to political correctness, they actually object if anyone states the obvious: The Health Secretary is a man, pretending to be a woman, which -- in any rational society - would be laughed at as a nut.

A Pittsburgh radio station is under scrutiny after one of its reporters called Department of Health Secretary Dr. Rachel Levine, a transgender woman, “sir” at least three times during a Tuesday press call.

The incident happened while KDKA-AM personality Marty Griffin was asking a question about what the state’s “end game” is for reopening after the coronavirus, according to the Pennsylvania Capital-Star.

A Pittsburgh City Paper transcript shows Griffin called Levine “sir” in both his initial question and follow-up, leading her to tell him “please don’t misgender me,” and that it was “really insulting.”

Will someone please stand up and tell this deviant freak Health Secretary that the only thing actually insulting is that it was even HIRED in the first place!

The way in which the state’s coronavirus deaths are being handled, has one Pennsylvania coroner calling for the resignation of Health Secretary Dr. Rachel Levine.

Last week, Monroe County Corner Thomas Yanac wrote to Governor Wolf asking for the state’s Secretary of Health, Dr. Rachel Levine, to resign. Yanac says he has concerns with the way coronavirus deaths are being logged here in Pennsylvania. He says that by doing it electronically there have been miscalculations.

For example, the state is reporting 63 deaths from the virus in Monroe County and the corner says there have been 71. Incorrect death toll numbers have been an issue throughout the state during this pandemic.

(If the state cannot correctly count actual dead people, how can anyone trust them to count mail-in election ballots?)

Another issue brought up by the letter is the delay that electronic recording is causing families when it comes to making funeral arrangements. He says it takes days to get a permit using the current system which keeps loved ones from being able to move forward with proper disposition in a timely manner.

Dr. Levine did respond to the letter during a press conference, saying that she serves under the governor and is proud to continue to do so.

Yanac says if Dr. Levine does not step down then someone else should be directed by the state to handle coronavirus death information.

Pennsylvania Health Secretary Dr. Rachel Levine admitted he moved his own mother out of a senior facility to a hotel while the Coronavirus was sweeping through nursing homes and killing elderly residents.

Levine, who is the first transgender person appointed to a Pennsylvania Cabinet, became secretary of health in 2017.

The Coronavirus is ravaging nursing homes across the US because of deadly Democrat policies of forcing people infected with COVID-19 back into the long-term care facilities.

Dr. Levine however made sure his 95-year-old mother was removed from the death box and transported safely to a hotel.

So while this side-show-like-freak is telling the people of Pennsylvania how THEY should operate through this disease outbreak; it takes a very different approach when dealing with its own family during the same outbreak.