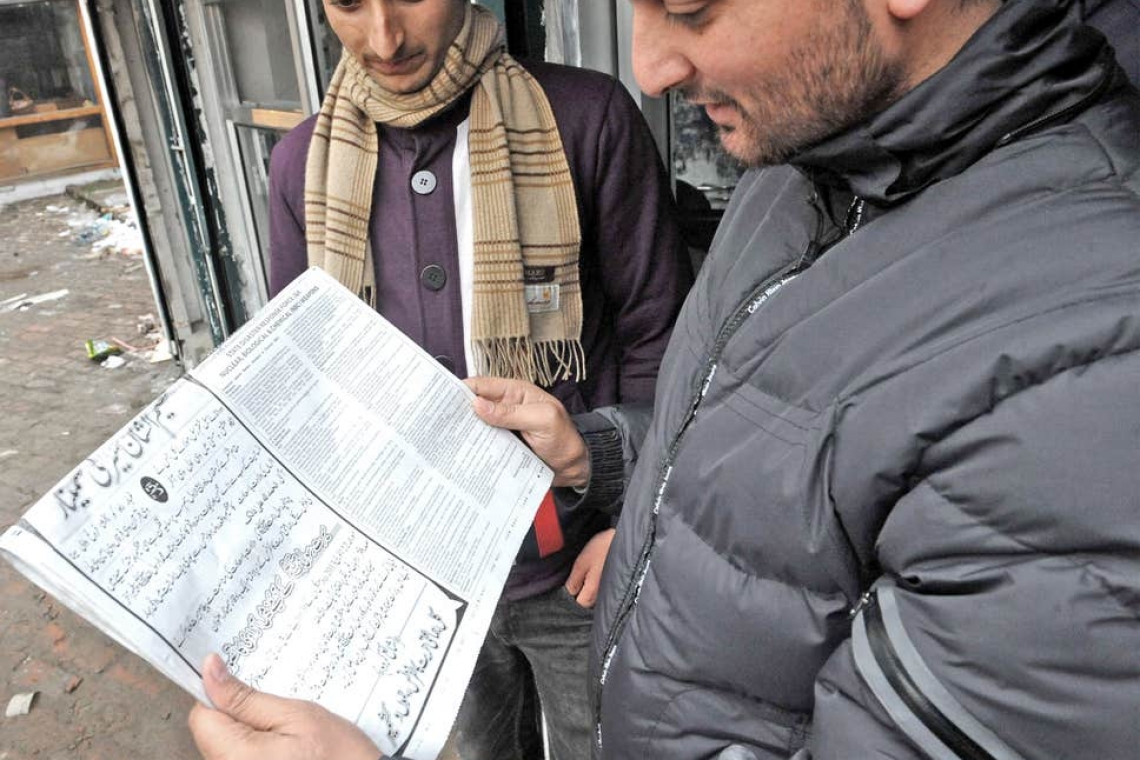 Police in Indian Kashmir have AGAIN warned residents to build underground bunkers to prepare for a possible nuclear war in the disputed region, which is on edge after a string of deadly border clashes.  This week's warning is a repeat of a similar warning issued in winter of 2013 as shown in the file photo above.

The warning comes as India moves 180,000 troops into the disputed region, while Pakistan has mobilized its army and air force in response.

“If the blast wave does not arrive within five seconds of the flash you were far enough from the ground zero,” says the notice, headed “Protection against Nuclear, Biological and Chemical (NBC) Weapons”.

It warns of “initial disorientation” from a nuclear attack, saying the blast may “carry away many prominent and familiar features”.

The instructions were issued Monday in a local English-language newspaper by the State Disaster Response Force, which is part of the police.

They vividly describe a nuclear war scenario to prepare residents to deal with “the initial shock wave”.

The notice tells them to “wait for the winds to die down and debris to stop falling”.

“Blast wind will generally end in one or two minutes after burst and burns, cuts and bruises are no different than conventional injuries. (The) dazzle is temporary and vision should return in few seconds,” it says.

It tells residents to build basement shelters “where the whole family can stay for a fortnight” and stock them with non-perishable food.

Nuclear-armed India and Pakistan have fought three wars since partition in 1947, two of them over the Kashmir region that both nations claim.

Police confirmed they issued the notice but said it “should not be connected with anything else”, in an apparent reference to border tension.

There has been heavy fighting along the Kashmir border over the past few days as India and Pakistan trade artillery fire.  At least seven Pakistan soldiers are reportedly dead so far.

India has been instructing tourists and others to leave the area immediately, has cancelled a Hindu religious pilgrimage and has been moving tens-of-thousands of paramilitary troops into the area to "maintain law and order."