PRESIDENT TRUMP "ORDERS" ALL U.S. COMPANIES OUT OF CHINA - Must find "Alternatives" 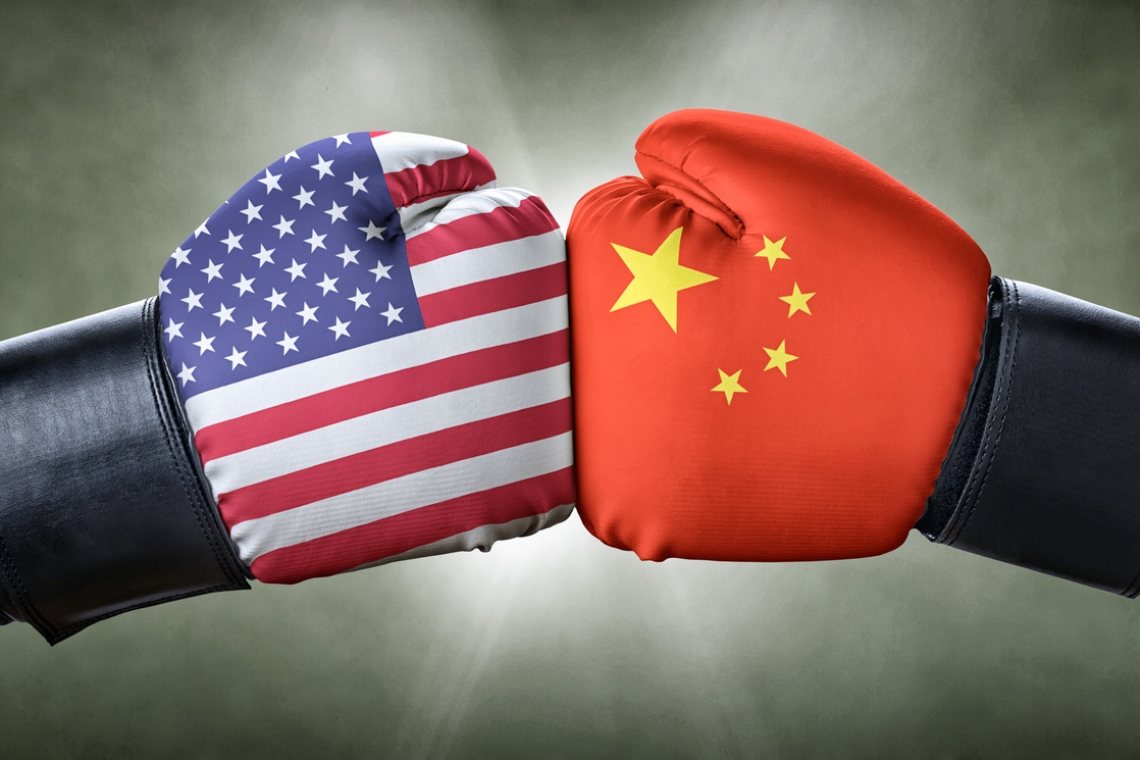 The trade war between the United States and China just took a dramatic turn which many see as leading to actual war with China.  Today, US President Donald Trump ORDERED American companies to "find alternatives to China" -- it appears ALL trade between the U.S.  and China is heading toward being COMPLETELY cut-off.  (Subscribers to this web were warned of this over a week ago!) UPDATED 5:25 PM EDT --

A public statement by President Trump sums it up:

Our Country has lost, stupidly, Trillions of Dollars with China over many years. They have stolen our Intellectual Property at a rate of Hundreds of Billions of Dollars a year, & they want to continue. I won’t let that happen! We don’t need China and, frankly, would be far....
better off without them. The vast amounts of money made and stolen by China from the United States, year after year, for decades, will and must STOP. Our great American companies are hereby ordered to immediately start looking for an alternative to China, including bringing..
your companies HOME and making your products in the USA. I will be responding to China’s Tariffs this afternoon. This is a GREAT opportunity for the United States. Also, I am ordering all carriers, including Fed Ex, Amazon, UPS and the Post Office, to SEARCH FOR & REFUSE,....
all deliveries of Fentanyl from China (or anywhere else!). Fentanyl kills 100,000 Americans a year. President Xi said this would stop - it didn’t. Our Economy, because of our gains in the last 2 1/2 years, is MUCH larger than that of China. We will keep it that way!

This situation is why stock markets worldwide are taking some losses right now.  The DOW is down 548 points as of 4:27 PM EDT.

It is worth noting that on August 11, the Hal Turner Radio Show issued a warning to Subscribers which read:

If you have business interests in China, you need to IMMEDIATELY commence obtaining alternate sources for goods and services.  It is possible that ALL trade between the US and China may face stoppage . . ."

That warning was contained in the Subscriber-only section of THIS news story.

So Subscribers who support this web site with a measly $1 a week (Billed Quarterly at $13) got this essential economic news TWELVE FULL DAYS BEFORE EVERYONE ELSE.  You should subscribe to be "in" on the info that matters.  Click HERE to subscribe.

This is going to be VERY good for those of us in the USA.   Companies will be scrambling to obtain manufacturing facilities here in the U.S. which means more US jobs and a return of the middle class.

It also means log term better results for American companies, who no longer have to give away Trade Secrets to China, only to have China leak those secrets to its own industries, then sell the same products cheaper, driving the US companies out of business.  It's easy for China to have profitable companies when they get their products by stealing what American firms paid to develop.

The people who lined their pockets by shipping US jobs overseas are not going to be happy about this; expect to see flailing and hear gnashing of teeth as their greed gets reigned-in.

More Tariffs!    This just in from President Trump:

For many years China (and many other countries) has been taking advantage of the United States on Trade, Intellectual Property Theft, and much more. Our Country has been losing HUNDREDS OF BILLIONS OF DOLLARS a year to China, with no end in sight Sadly, past Administrations have allowed China to get so far ahead of Fair and Balanced Trade that it has become a great burden to the American Taxpayer. As President, I can no longer allow this to happen! In the spirit of achieving Fair Trade, we must Balance this very unfair Trading Relationship. China should not have put new Tariffs on 75 BILLION DOLLARS of United States product (politically motivated!). Starting on October 1st, the 250 BILLION DOLLARS of goods and products from China, currently being taxed at 25%, will be taxed at 30% Additionally, the remaining 300 BILLION DOLLARS of goods and products from China, that was being taxed from September 1st at 10%, will now be taxed at 15%. Thank you for your attention to this matter!

Hal Turner Remark: This is going to utterly smash the economy of China.  They cannot afford to have this happen.