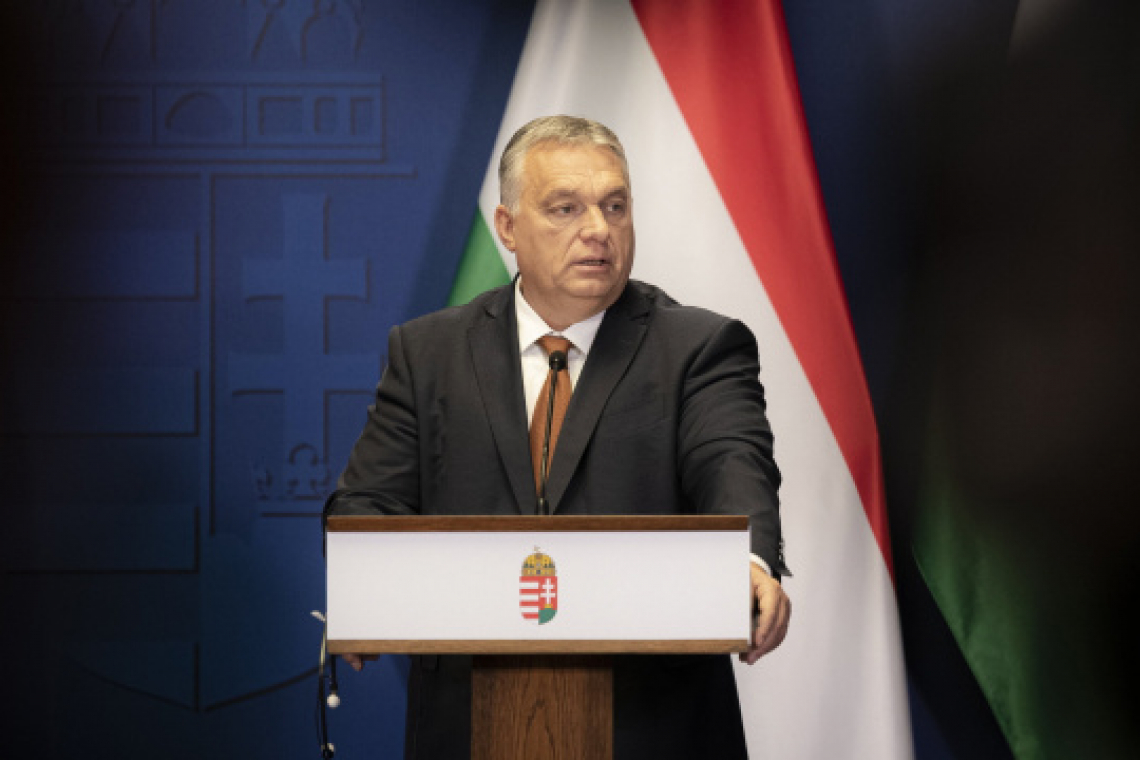 Orban is intensifying his criticism of Brussels' strategy, which he considers dangerous.

"Anyone who intervenes economically in a military conflict is taking a position," Hungary's nationalist prime minister said in his traditional interview with pro-government radio.

"Little by little we are sliding towards war," noted Orban, concerned by the buildup of sanctions against Russia over its invasion of Ukraine.

The Hungarian prime minister regularly denounces European sanctions even if he voted for them along with his partners, blaming these measures for his country's economic difficulties.

Hungary's economy shrank in the third quarter of the year (compared to the second), and inflation is over 20 percent, even reaching 45 percent for food.

The Hungarian government has launched "national consultations" on the issue and put up posters around the country with the message: "Brussels sanctions are ruining us" against a picture of a missile.

Orban said he was ready to fight a possible new package of sanctions and ensure an exception was made for Hungary, which is heavily dependent on Russian fossil fuels.

The EU oil embargo against Russia does not apply to Hungary.

"Now we are supplying destructive weapons, training Ukrainian soldiers on our own territory, imposing sanctions on energy... We are becoming an integral part of the conflict," said Orban.

"They are not shooting at us yet, but we are on the verge of becoming a belligerent country. Europe is playing a very dangerous game," concluded the Hungarian Prime Minister.

+2 # Biden's tonality...off topic/sorry — Doug Brown 2022-11-19 10:33
But did anyone notice the similarities
between Biden's commenting, re:
NORDSTREAM II's projected discontinuance,
if it were to open,
and Trump, if he were to run again?

I think beneath the apparent geriatric
Clumsiness is a fully knowledgeable
Individual, effectively carrying out
a well planned agenda.
/nothing accidentally
Everything well-oiled and
pre-planned.
They use our sympathy as a weapon.
# RE: Call me Cynically Inclined — mjc 2022-11-20 19:59
There's a natural tendency for people to try to ascribe 'reason' to seemingly 'unreasonable' actions.

The more intelligent you are....the stickier this trap. As you look on a seemingly absurd situation.....you dig for reason that 'you are missing'.....where that does not exist.

Perhaps there's a cunning reason why Brandon can't form a sentence, shakes hands with non-existent people, wanders off-stage, and comes out of meetings wearing different suits than he arrived in (after shitting his pants)..

Meanwhile.....Occam's razor says : he has dementia.

I voted for the sanctions and don’t want my ass kicked. What a moran.

Those who are making disparaging comments about him have either not been paying attention or are just too stupid to be allowed to breed.
-9 # RE: Prime Minister of Hungary Warns "European Sanctions [Against Russia] are a step towards war" — Canis Major 2022-11-19 08:17
///
Only now he is recognizing this fact??...effing imbecilic hypocrite
# Orban has been the voice of reason — Big Ben 2022-11-19 15:46
Quoting Canis Major:

///
Only now he is recognizing this fact??...effing imbecilic hypocrite