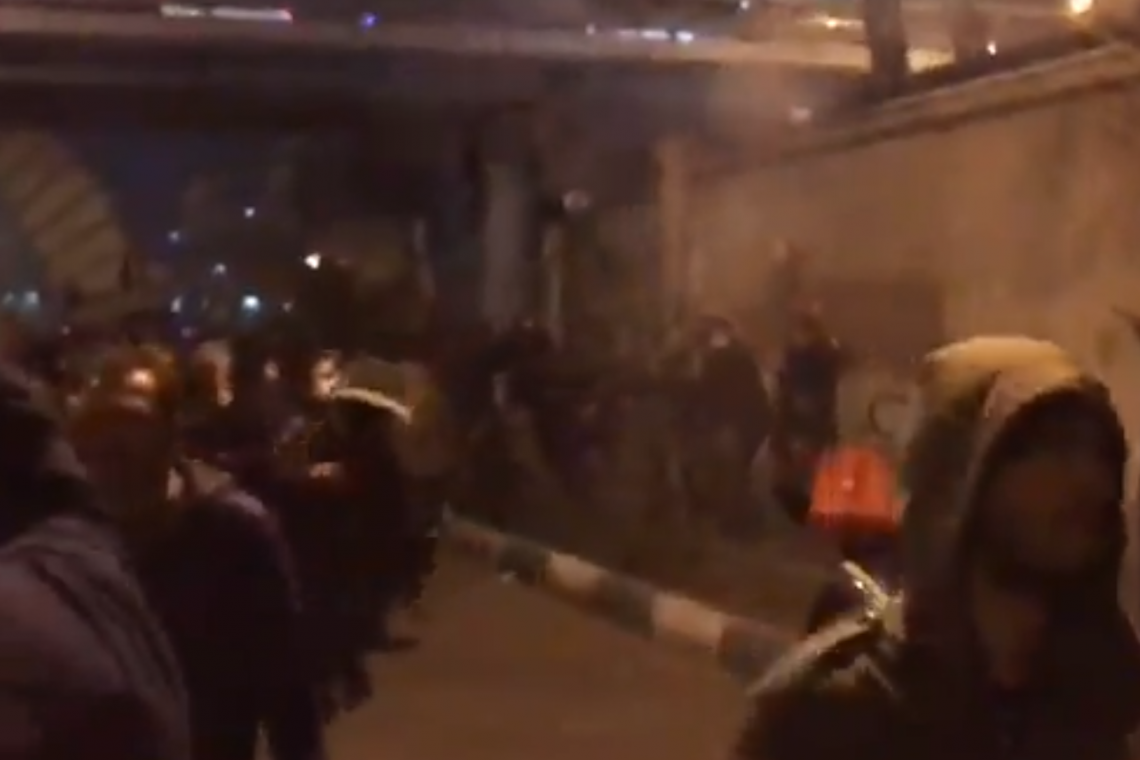 In a completely unprecedented protest, people in Iran are taking to the streets to demand their Supreme Leader, Ayatollah Khameni, QUITS.  The downing of a civilian jet liner by Iranian military forces, although accidental, seems to be the catalyst for many Iranians who say they've had enough.

Iran's Revolutionary Guards accepts full responsibility for the downing of a Ukrainian airliner, a senior commander of the guards said on Saturday. "I wish I could die and not witness such an accident," aerospace division head Amirali Hajizadeh said.

Most stunning about the protests is the chanting:

“Our enemy is right here, they lie and say it’s America”

In past protests, the Iranian government shot and killed over 1500 people, and arrested THOUSANDS more.  Yet none of those protests used the kind of language being shouted today.

Here is video from the protests:

A group of protesters in #Tehran, #Iran protesting against @khamenei_ir and the regime “Our enemy is right here, they lie and say it’s #America” #US pic.twitter.com/oPgOvKbTFM

This is real trouble for the Iran government and its religious hardliners.  People in Iran seem totally fed-up.