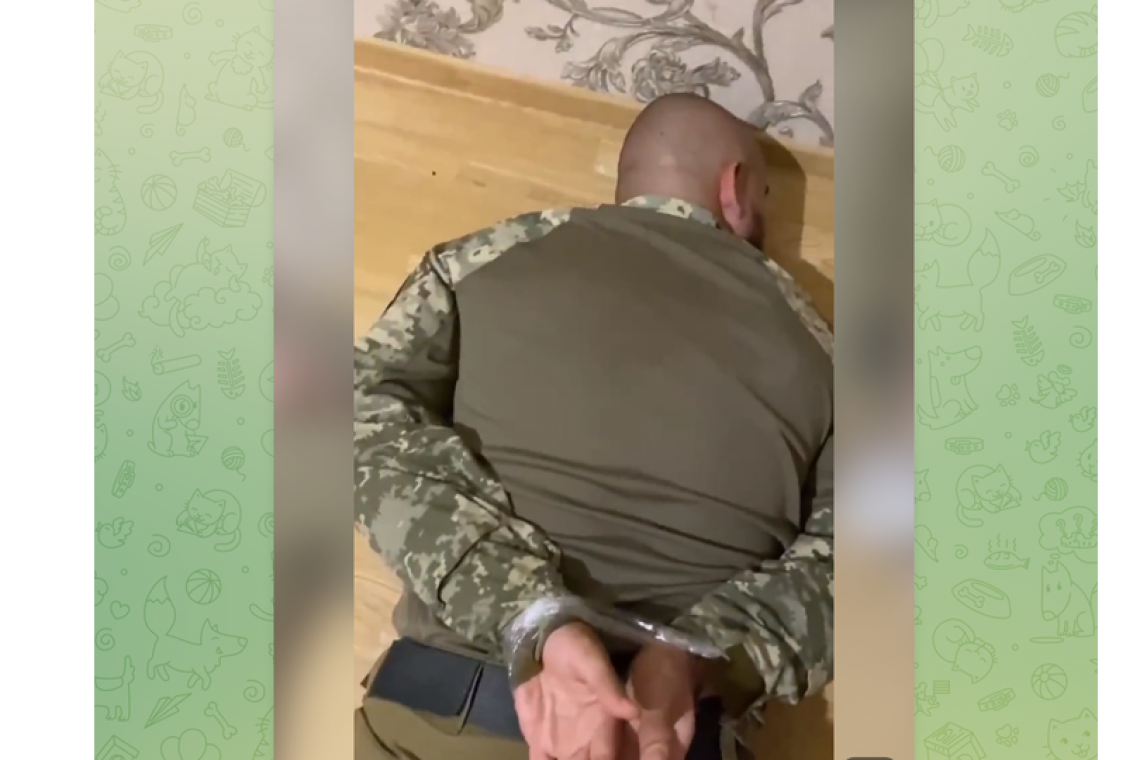 The Public Referendums being conducted in (former) areas of Ukraine are proceeding, but Ukrainian government Saboteurs have been caught with BUNDLES of fake ballots all voting "NO" on becoming part of Russia.

Apparently, Ukraine, like its Western Benefactors, thought they could steal the Referendum with vote fraud, the same way in the USA, the Presidency was stolen by Democrat Joe Biden and his supporters, through Election fraud.  Except this time, they got caught, red-handed, as the vote was in progress.

The video below shows the perps, under arrest, and the bundles of FAKE Ballots:

The Second day of voting, (There will be two more days) has just ended. So far, the number of registered voters who have cast ballots is as follows:

Some voters have been INTIMIDATED by the government of Ukraine, which passes a law saying anyone who votes in a Referendum in an area under Russian military control, can be IMPRISONED for up to five years.

The fact that US Aid is being used to intimidate voters makes the US an "accomplice" or at least makes the US guilty of Criminal Facilitation of Voter Intimidation.  It isn't working.

According to Exit Polling done by RIPSI, in Zaporozhye region, 93% of those who voted on the first day of the referendum voted for reunification with the Russian Federation.

During the last seven days of each calendar month, this web site and the Radio Show rely on DONATIONS to pay the $2500-$4500 per month web hosting fees charged by Amazon Web Services, and the air-time costs for the radio stations.    When you read this site, it costs ME in "Data Transfer" charges, to send the stories to your browser.  Without monthly help from readers like you, this site would go bust and be offline.

Between the web site costs and radio air time costs, it takes about $5800 a month to keep all this going.

The story above is just one more example of how THIS SITE gets real news that the mass-media just doesn't provide.  If you value REAL news, FACTS, then please step up right now and donate a few bucks using the donation box below.   Without your help, this site would not be able to continue.

That’s how you deal with election fraudsters! AK47 and a foot on the head!

It would look better if that maggot had a large pool of blood beside his head. And a large hole in it visible to the people to see and LOL at.
-2 # You are SICK AND EVIL — Jessiebeaner 2022-09-25 22:41
For someone who is so high and mighty about all things biblical, you have the black soul of satan. Actually, I suspect that you are one of his, and as such you try to beguile people with your biblical expertise. However, you are unable to maintain that facade and we see the depth of your depravity and evil soul regularly here.
You, Kurzlee, are one sick twisted specimen of evil. Your family should be prayed for, having to spend time in your presence. Your kind of vile energy does re@ch out and touch those around you. BTW…..WHAT KIND OF BOSS, AKA, BUSINESS OWNER WERE YOU? It would be very interesting to ask the people who once worked for you ……
-1 # Don't be too quick to judge.... — JECJEC 2022-09-26 05:56
Jessiebeaner, gruesome bloodshed is a harsh reality in the Old Testament. For example, in Judges 4, vs 21 "....Jael, Heber’s wife, picked up a tent peg and a hammer and went quietly to him (the enemy leader against Israel) while he lay fast asleep, exhausted. She drove the peg through his temple into the ground, and he died."

This act gave Jael the highest place of honor among women according to ch. 5:24.

We also have the stories of David's "mighty men" in 2 Samuel 23. Josheb-Basshebeth,[a] a Tahkemonite, was chief of the Three; he raised his spear against eight hundred men, whom he killed[c] in one encounter.

Next listed in vs. 9 is Eleazar son of Dodai the Ahohite. As one of the three mighty warriors, he was with David when they taunted the Philistines gathered at Pas Dammim[d] for battle. Then the Israelites retreated, 10 but Eleazar stood his ground and struck down the Philistines till his hand grew tired and froze to the sword. The Lord brought about a great victory that day."

The Old Testament is full of battle stories between "the good guys" and "the bad guys". The only thing you're not getting from most of the Biblical accounts are the vivid gruesome details of the bloodshed involved.

While I don't agree with the "LOL" Paul Kurzlee attached to the end of his comment, I do understand his overall position. As horrible as it may sound, his comment does reflect the end results of Jael, Heber’s wife with the tent peg - Paul was just a bit more descriptive with his language.

The taking of life is absolutely abhorrent to me - I can't even be around the guys I work with when they're talking about the details of "how they killed their deer". A couple of the guys in particular salivate and enjoy it way too much for me.... It wrenches my gut and soul.

That's why I embrace the quote from Aleksandr Isayevich Solzhenitsyn that starts off with the wording: The most terrifying force of death, comes from the hands of Men who wanted to be left Alone.

While I fully understand why you were appalled at what Paul said, I also fully understand why Paul said what he said.
# Kurzlee and his comments have NOTHING to do with the bible — Jessiebeaner 2022-09-26 12:01
His comments stem from unadulterated hatred and a dark soul consumed with malice. In my opinion, he is very disturbed.
# I understand.... — JECJEC 2022-09-27 18:43
Based on what you've said, it's very easy for me to assume you have a deeper understanding of Paul to which I admit - I do not.

I have friends who know people on the ground there and your claim is baseless.

I seen last night, not wasting effort to re -find. Now days you can't trust video either. I appreciate your feedback. I think easiest way is just type russia in twitter if you want to look.

I guess that German politician did miss peak after all, meaning to say February 24th.Politicians are so habitually inclined to speak falsely, as you know, that it is no surprise. And people are so very hungry for chaos and disaster nowadays that such errors inspire paroxysmal of pseudo-prophetic glee and reams of doom-porn.
-2 # You are right, he did misspeak — Marinka 2022-09-25 19:20
I speak the German language. That politician said "this day, September 24 2022", meaning the actual day when he was speaking. The murmur was about people noticing that he got the wrong month, September instead of February.
-2 # All eyes on September 30. — almachius 2022-09-25 11:15
That's when Putin will declare war on Ukraine. According to the war news oracle.