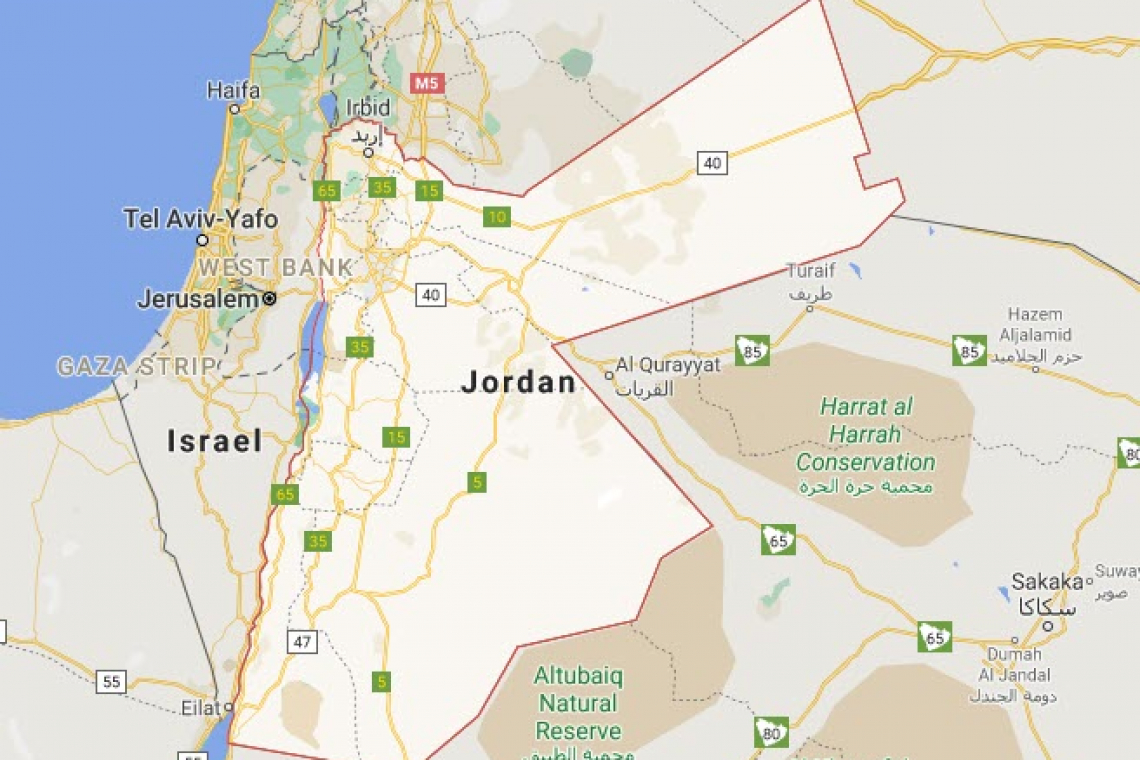 Reports are starting to filter-in claiming the entire nation of Jordan has been "blacked-out."  They claim there is no electricity, no telephones, no internet, and no cellular systems  in the entire country!

The information is being transmitted by a very few people with Satellite phones.

No word on what's going on or why.

Friday, power outages remain in different regions across the Kingdom, including Amman, Zarqa and Irbid.

Citizens and residents expressed frustration with the power cuts that have affected internet and cellular network connections.

The Director General of the Jordanian Electric Power Company (JEPCO) Hassan Abdullah said there is no major malfunction on their part and that the issue stems from the parent company.????

He noted that the current outages will be restored shortly.

Friday, the Ministry of Water and Irrigation announced that the sudden power outages caused the suspension of water pumping to different areas across the Kingdom.

The statement added that the power cut will significantly affect water systems in most regions due to delays caused by the blackout until the ministry is able to restart its water resources and resume pumping.

The blackout was caused by an "electrical line interruption" with Egypt, according to an official source quoted by the state Petra news agency.

The Jordanian news outlet quoted a source as saying the power cut was caused by the experimental loading of electricity on to the Attar station network, which led to a difference in the electrical frequency in the network and caused an automatic shutdown at all power stations.