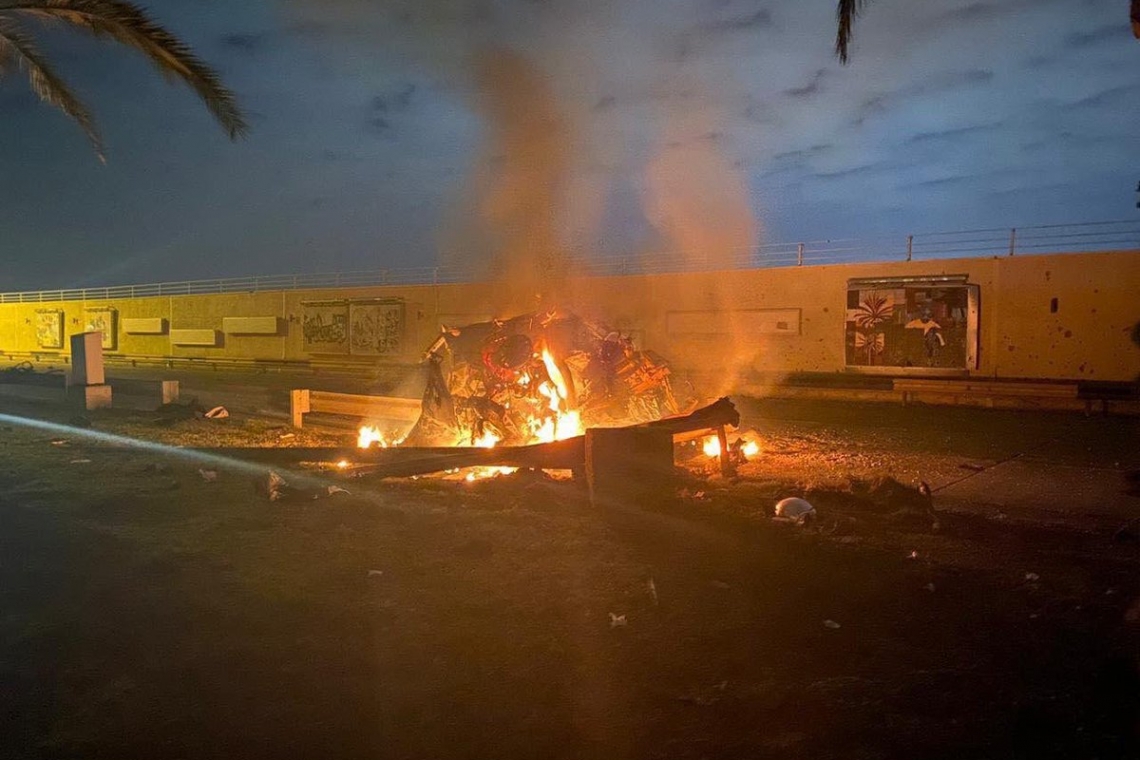 U.S.forces and attack helicopters are scrambling as of 5:06 PM EST Thursday, as at least four rockets hit and exploded at Baghdad Airport in Iraq.

At this time no known injuries, but it is extremely early and info is not readily available yet.

Updates to appear below.

Despite the rocket attack on the airport, Something else is happening in Baghdad, a source tells me that US forces are taking the full control of the airport.

Breaking Kata’ib Hizbollah Iraq spokes person: “We moved the demonstrators away from US embassy, in exchange for a promise from Members of Parliament to vote on expelling all US occupation forces from Iraq next week. We will take all necessary actions if that doesn’t happen.”

Baghdad international airport has been closed following the explosions.

Additional PUBLIC updates to appear below . . .

One of the rockets fell inside air cargo zone, Baghdad airport.

The Lebanese Al-Mayadeen channel, which is close to the Lebanese Hezbollah militia, confirms the targeting of the Mohammed Alaa base near Baghdad International Airport where American forces are present. 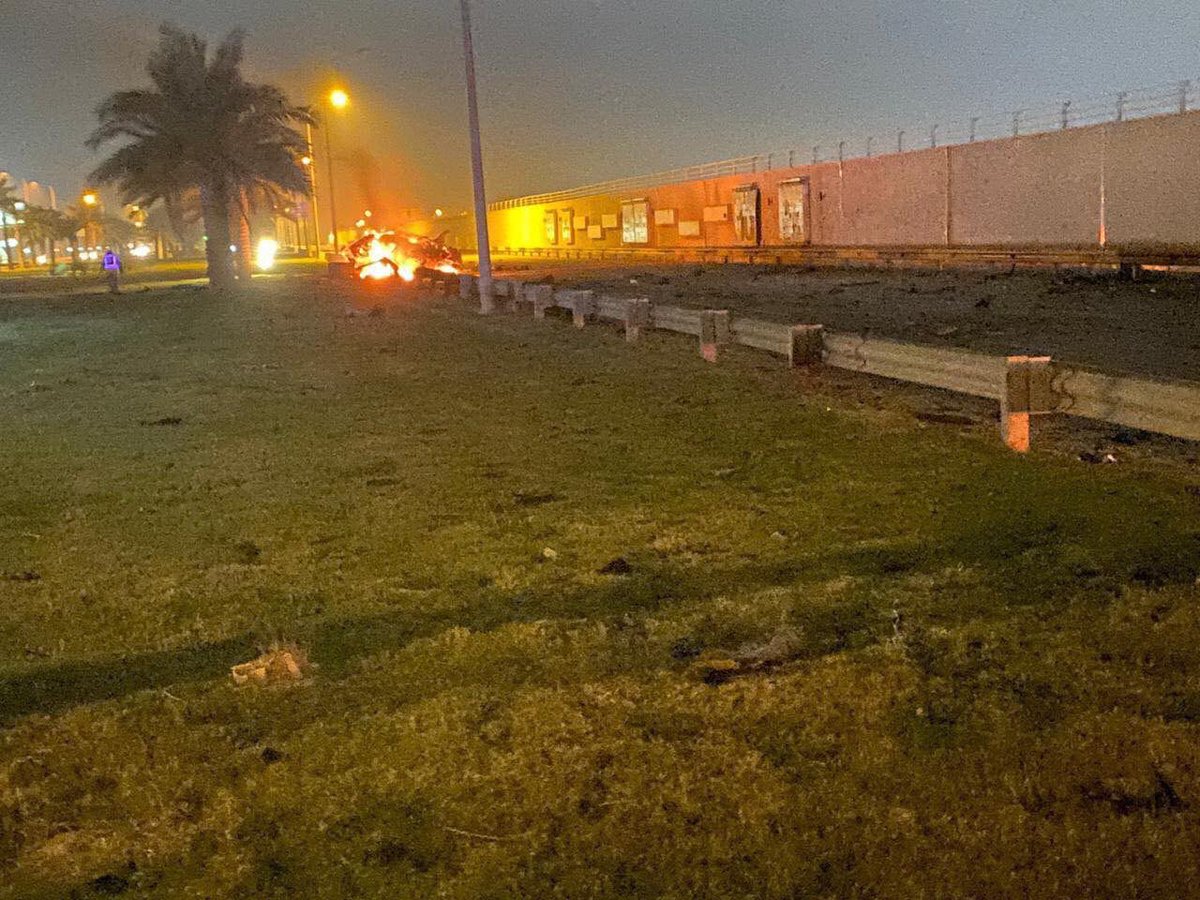 ONE REPORTED DEAD in the remains of a car shown burning above.  Apparently the inbound rocket hit the car, killing the driver. 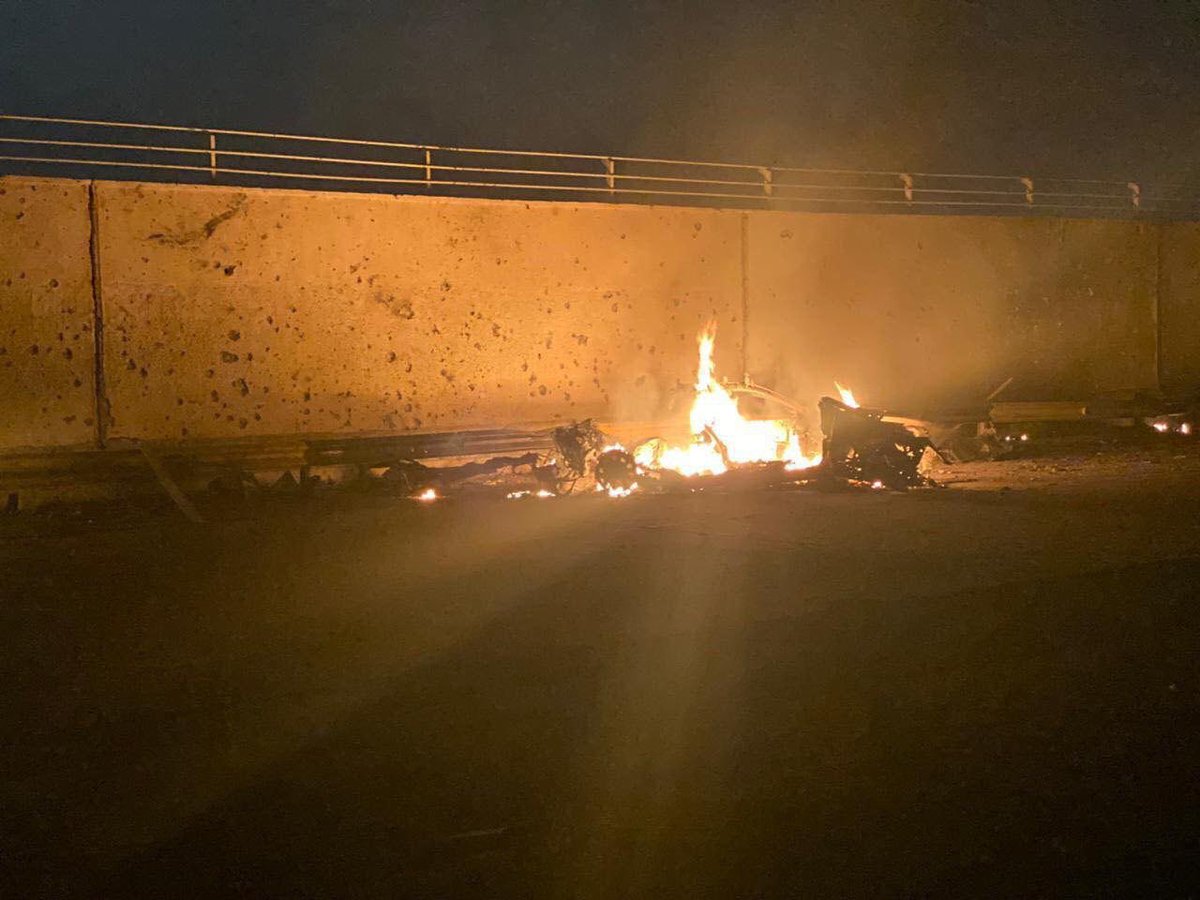 Now being told the SECOND CAR above took a direct hit.

Popular Mobilization Unit (PMU) relations director, Muhammad Reza was killed/assassinated? in the air strike in Baghdad International airport. Mohamad Reza who was in charge of the group's public affairs was killed. He was fluent in Persian & apparently had a close relationship with Qassem Soleimani of Iran's IRGC.

This is not confirmed yet, but if true the whole political and military equation will step up to another level.

Intel says HUGE news coming up in the next few minutes

Hashd al-Shaabi confirms that its head of relations, 2 persons accompanying him, and 3 guests (probably Iranians) were targeted on Baghdad Airport road.

The "guests" were IRGC officials

Senior official of Iran backed militia blamed for the US embassy attack killed in 'Retaliatory raid' at Baghdad Airport. The group had just previously landed at the airport, from Tehran, they were hit by US Hellfire missiles 15 minutes later as they were leaving the airport grounds.

Mohammed Reza Al-Jabri who was killed outside Baghdad Airport tonight, was walking next to leader of Iran-backed Hezbollah militia Abu Mahdi Muhandis during Hashd al-Shaabi attack on US Embassy on Wednesday. 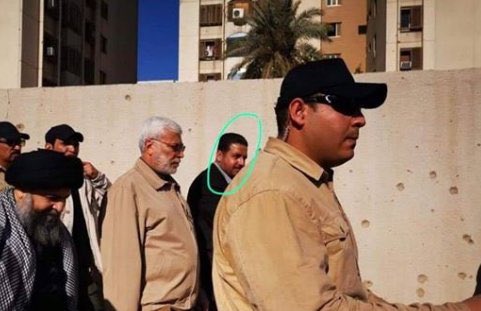