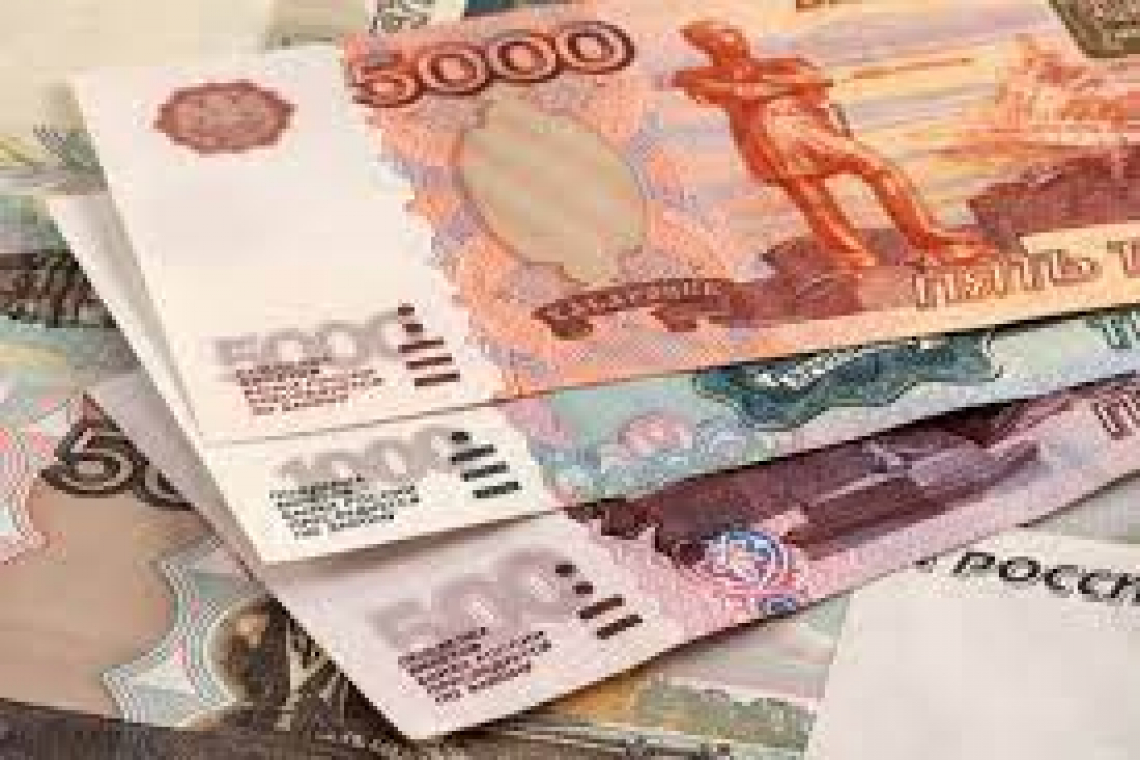 The Russian government has added grain, sunflower oil, and extracted meal to the list of exports that must be paid for in rubles. A resolution giving effect to the decision was adopted on Friday and published on the official portal of legal information.

I've never been a Putin fan, but have to admit to admiration for the morality, transparency, and effectiveness he's maneuvered through the Western maze of deceit and attempts to bring him down.

Seems with all the Western flailing at punishment and isolation Russia turns into a Good News announcement, increased international acceptance / support, and profit in the nation's coffers.

I'm betting the Pentagon, Team Biden/Obama, and the NATO brass are extending huge sums cleaning the skid marks from their undies. The Pucker Factor must be enormous.
+6 # Americans are told it's for Sake of the Liberal World Order — Faith11 2022-07-02 02:00
As Russia economy makes strides upward, U.S. economy comes tumbling down. White House Tells Americans: 'Suck It Up' For The Sake Of The "Liberal World Order" Absolutely pathetic!
+8 # █▓▒░ "Rubles Only" ░▒▓█ — Palehorse 2022-07-01 22:23
|

All of the western nations leaders, carrying water for
the Rothschild global banksters, know very well that
they did not put sanctions on Russia... but upon us instead.

They knew very well what would occur in making these
moves, they knew it would all fall back into the lap of the
western nations economies and push us into the dirt of
discord, strife and chaos, their desired plan.

U.S. estimates show global wheat levels are stockpiled at 33% of annual consumption. The war in Ukraine, coupled with drought conditions in wheat growing regions, proves that government estimates are “not adding up,” according to Sara Menker, CEO of Gro Intelligence.

Menker’s team at Gro Intelligence finds, as of May 19, global inventories of wheat amount to 20% of annual consumption, meaning the world has just 10 weeks’ worth of global wheat consumption in storage.

“Conditions today are worse than those experienced in 2007 and 2008,”
“The lowest grain inventory levels the world has ever seen are now occurring, while access to fertilizers is highly constrained, and drought in wheat growing regions around the world is the most extreme it’s been in over 20 years.”

“Before Russia’s invasion, around 98% of Ukraine’s grain exports would flow from ports on the Black Sea,” he says. “But those ports have been shut by a Russian naval blockade, and warehouses, rail yards and other key export infrastructure have been targeted and damaged by Russian attacks.”

China has been building its grain stockpiles for the past few years. These stockpiles are likely not accessible to world markets.
+3 # "The Biden Administration and Congress" — t.n.kuss@hotmail.com 2022-07-01 20:32
Our current Government "Shut Down American Oil Operations" attempting to "Force the New Green Deal Down Our Throats." These actions alone "Have Bankrupted America" by "Forcing Incredible Gas Price Hikes Throwing Our Entire Financial System into Total Chaos." Then attempts to "Blame Russia For The Failed United States Government Operating as Complete Idiots." Now pushing us Closer minute by minute "Into A Thermo Nuclear War with Russia" to "Hide Their Complete Incompetence" even if "It Destroys the Whole World." When will these "Less than Stupid Officials be Removed from Office?"
+3 # RE: "The Biden Administration and Congress" — BeenThere 2022-07-01 20:37
When our Heavenly Father is finished using them!
+5 # RE: Russia Adds Wheat to "Rubles Only" Payment — FewThereBe 2022-07-01 20:20
---

In the pursuit of an answer, let's first delve into the interpretation of the prophecy found in Revelation 6:6. Here we see that a "quart" of wheat costs the equivalent of a day's wage-denarion" in the original Greek-as does 3 quarts of barley.

Actually, quite a few Bible translations obscure the meaning of this prophecy as they employ unhelpful interpretations for the Greek word "denarion." This refers to the denarius which was the most common Roman coin in earlier New Testament times. Though this currency had experienced some minor inflation by the time that Apostle John recorded the Book of Revelation, as best as we can tell it was still considered the equivalent of a laborer's daily wage. The Bible itself confirms this- in Matthew 20:2, we read of a vineyard owner who "[---] agreed to pay them a denarius for the day" to work for him.

Just how expensive are these grain prices? Here we can make some calculations that will provide a perspective relative to the living standards of our day.

Let's begin with wages. The average annual income in the world today (in US terms) is estimated at $7,439 (a figure including both high- and low-income countries). Assuming a 5-day work week, that would amount to $33 per work day. 1 Were the "black horse" to appear today, just how much would it cost to buy either one quart of wheat or three of barley? As a rough estimate, about 150 times higher than the price of unprocessed grain today. Next, let's turn our attention to the food adequacy of this amount of grain. How long would that much grain sustain a person? In the original Greek, the term interpreted as a "quart" is the ancient dry-goods measure, the "choinix." This measure, though sources are somewhat imprecise on its size, is probably equivalent to 1.2 dry quarts or 1.3 liters.

Therefore, assuming that the average household in the world today would have approximately 1 worker per a household of 3.5 people (which indeed is representative of the average household size worldwide), then could one measure of wheat or three quarts of barley sustain a household of this size? Barely. Both wheat and barley have approximately the same caloric content (about 90 calories per ounce). And, as there are roughly 40 ounces in one "choinix," one day's wages could acquire at maximum 3600 calories of wheat or 10,800 calories of barley. However, let's not forget that there are more days in a week than there are workdays. Making that adjustment, that would allow only 2750 calories of wheat per day, for example.

According to the UN Food and Agricultural Organization (FAO) the average person in the world today consumes a little over 2700 calories per day. For illustration, assuming that humankind maintains this same level of consumption, it appears that 100% of a laborer's daily wages and more would be required to supply a household with sufficient food at that prophesied time. Even in this case, a family could only eat barley-the coarser grain-and not wheat. Barley was considered the poor man's flour in Old Testament times. It was more difficult to process because of its hard husk and didn't have quite the same favorable baking properties as wheat. Today, barley is the most important feed for livestock.

Having made these comparisons to conditions of our day, we can well understand why the voice in Revelation 6:6 said " --- do not damage the oil and the wine!" These items would surely be high-priced foods during that time. Also, this may explain why meat is not mentioned. Meat is much more expensive than grain. After all, some livestock-for example poultry and cattle-are grain-fed, requiring as much as three and more pounds of grain to produce a pound of meat.

Next and finally, we focus in on another strange feature of this prophecy. Wheat during that time is three times as expensive as barley. Today, if you were to transact on the Winnipeg commodity exchange, wheat and barley prices would be broadly similar-about $200 per metric tonne. Why then will wheat prices soar to 3 times that of barley at the time of the third seal? Again, we can only speculate. Barley usually yields about 50% more in bushel terms per acre than wheat. However, it is also a hardier cereal grain that can grow under more diverse conditions than wheat. Perhaps growing conditions at that future time will favor barley.
+8 # RE: Russia Adds Wheat to "Rubles Only" Payment — JFY 2022-07-01 19:13
.
An added benefit for those countries that Russia will sell their wheat to, is that it will be free of glyphosate, etc.

It becomes clearer every day that the famine is meant mostly for the U.S., Canada, and Europe.

In other words, it will be a Caucasian genocide like no other.

I don’t know why anyone thinks Russia is being hurt by these sanctions.
Everything I’m hearing and seeing tells me they’re pretty self sufficient and can export to the Asian countries if the West wants to keep up being a bunch of wankers.

Sure. Their economy is in recession overall. Certain heavy industrial production (ex autos) is down by as much as 96% year-over-year, as entire industries have been shutdown due to parts shortages from sanctions.

Russia's Economy is Collapsing, Data Reveals
....downward trend that is more obvious in the staggering drops affecting the production of specific products.

"
+4 # Who — John Jones 2022-07-01 20:51
Who was buying Russian cars anyway? Perhaps the diesel engine production decline will hurt them but this is really cherry picking info. The Ruble is the strongest surging currency in the world now because there is a huge shift to real goods and commodities, something Russia has an abundance of.
# RE: Who — mjc 2022-07-01 21:40
Quoting Svetlana Lavrova:

Who was buying Russian cars anyway? Perhaps the diesel engine production decline will hurt them but this is really cherry picking info. The Ruble is the strongest surging currency in the world now because there is a huge shift to real goods and commodities, something Russia has an abundance of.

Well......most of those cars were sold in Russia and the EU. They include both Russian owned brands (Lada) as well as multi-nationals (Hyundai, Toyota, and Kia in St Petersburgh, VW In Kaluga, Renault and Desault in Moscow,

"Automotive production is a significant industry in Russia, directly employing around 600,000 people or 1% of the country's total workforce. Russia produced 1,767,674 vehicles in 2018, ranking 13th among car-producing nations in 2018, and accounting for 1.8% of the worldwide production.[1]
...
Russia's automotive industry is a significant economic sector. It directly employs 600,000 people and supports around 2–3 million people in related industries.[50] It is politically a very important part of the country's economy: firstly, due to the large number of employed people and secondly, because many citizens depend on the social services provided by automotive companies."


And that's without even getting into the broader consequences of 57% drop in diesel/gas engine production.....or 63% drop in locomotive production. There is the transport of EVERYTHING in the country grinding to a halt.
+8 # RE: Russia Adds Wheat to "Rubles Only" Payment — FewThereBe 2022-07-01 20:22
---

That lyin' rag is still around?

That lyin' rag is still around?

I wouldn't believe one word of that liberal, woke rag.

because they're data contradicts your non-existent outsourced data showing "Glorious Russian Economic Growth(c)".....rather than a broad recession and 2M or so Russians out of work due to the automobile manufacturing shutdowns alone....
-1 # Ha ha ha! — Man of the Atom 2022-07-03 02:18
Even if true, that will be as NOTHING compared to what the lunatic leftists are doing to our Republic. If oil goes to $380 a barrel as some reports say is possible, gasoline will be $17 per gallon and diesel fuel $20 per gallon. Guess how many automotive and many other workers here will be LAID OFF?? It will RIPPLE through the whole effing economy and even people in government and in the academic ivory tower WILL be affected! We are talking about a looming DEPRESSION if the worst should happen - actually the worst that could happen is FAR worse than that - just imagine all the cities as far as they eye can see turned into nuclear wastelands and unfortunately that too is possible due to this mail order President and his idiotic or just plain evil handlers.
Refresh comments list
RSS feed for comments to this post
JComments
by sur.ly
100% Trusted Informational Platform Website 2021