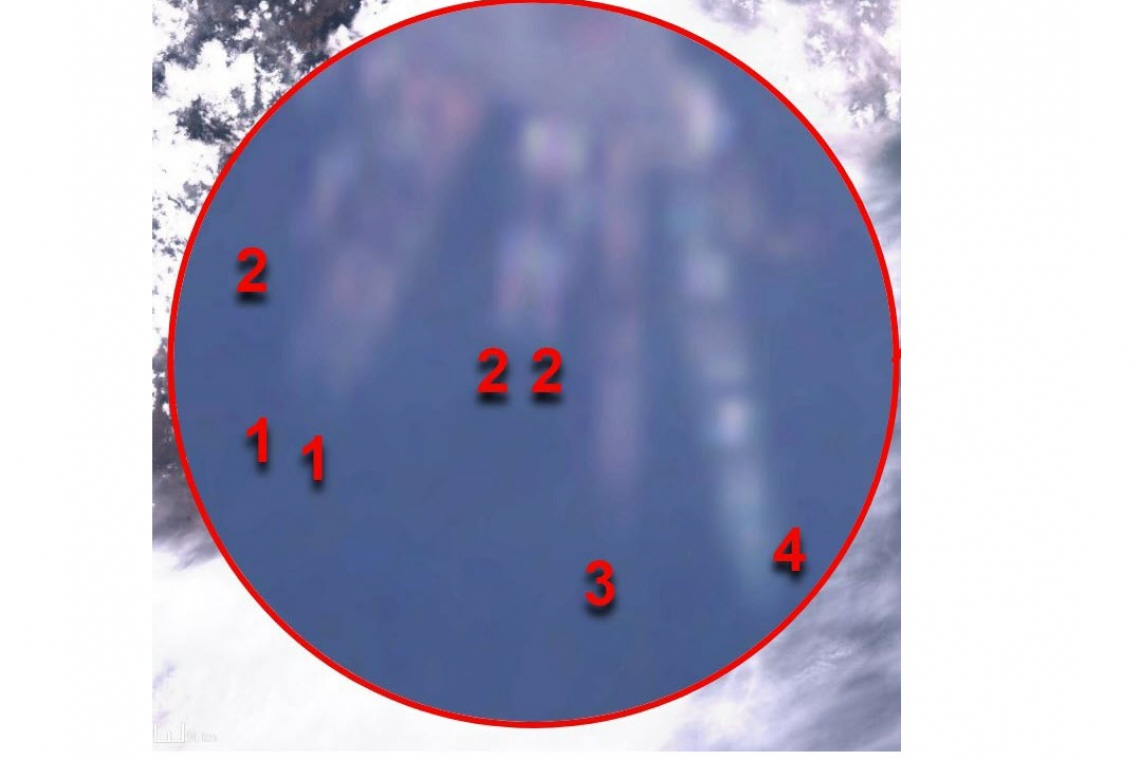 Satellite imagery shows the main body of Russia's Pacific Fleet has returned to port in Vladivostok for "complete re-supply."  Among the items being loaded: Missiles.

The scalable map below shows the location of the Russian Navy Base at Vladivostok, Russia:

The satellite imagery below shows all the main combatant vessels have returned to port and at least one has moved to their missile loading facility some distance away. 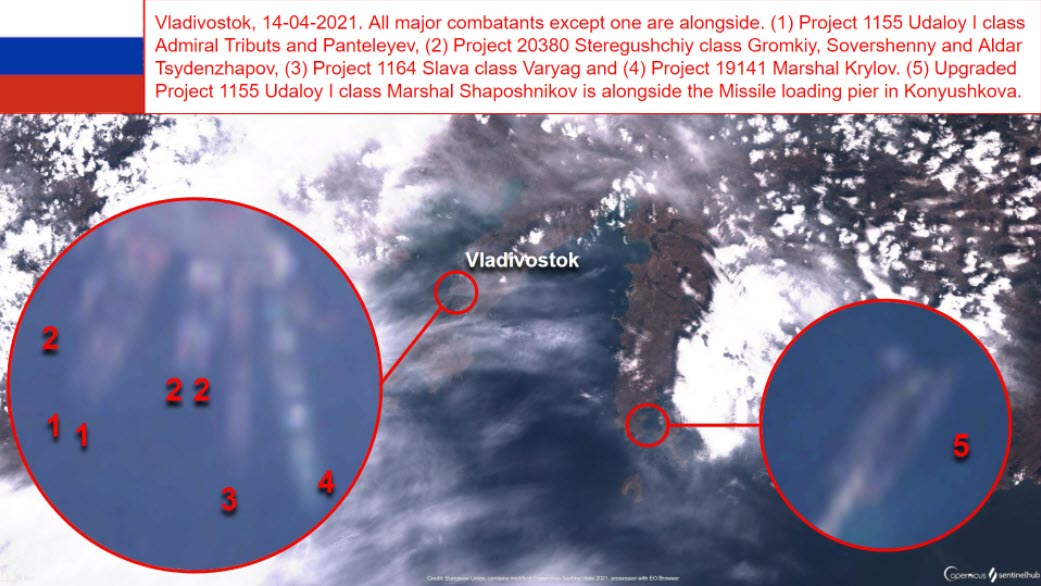 The Russians are preparing for something an awful lot bigger than Ukraine.

What might the context of this sudden "return to port for supplies" be?

The context was clear from the moment Ukraine President Zelenski signed the decree of reintegrating Crimea into Ukraine : world war.

Russia isn't preparing to a war against Ukraine. It would be like the U.S. sending 100k+ troops to prepare for a war against Gabon or Nepal.

To think that Ukraine, alone, would ever go to war against Russia is the epitome of stupidity.

No, clearly, the neomarxists decided that Putin must go, because there were 2 people standing in their way : Trump and Putin. With Trump, getting rid of him was easy: stole the election from a population that is utterly dumb and won't do shit about it.

With Putin, they have a big problem : the man just changed the Constitution to get 2 more presidential term. That is another 14 years, till 2036.

And it's not like the neomarxists can steal the elections in Russia. That is impossible.

What is left is war, a war that neomarxists think it can be won. Push Russia into economic meltdown, and hope that there will be an "orange revolution" in Russia after the war.

Russia is preparing for a war against NATO, and the Pacific theater is as important as the European one, if not more important, since there is also China at play in the Pacific.

The pieces are almost in place, it is a matter of 10-20 days before war starts and will QUICKLY evolve on multiple fronts (from Baltic to Black Sea, Taiwan and Japan, Israel vs Iran, Pakistan vs India, and the CONUS will be affected by missiles strikes on their main cities).

WW3 people; this is what is going on.

Prepare, folks.  You seem to have very little time left to do so.  Get right with God.