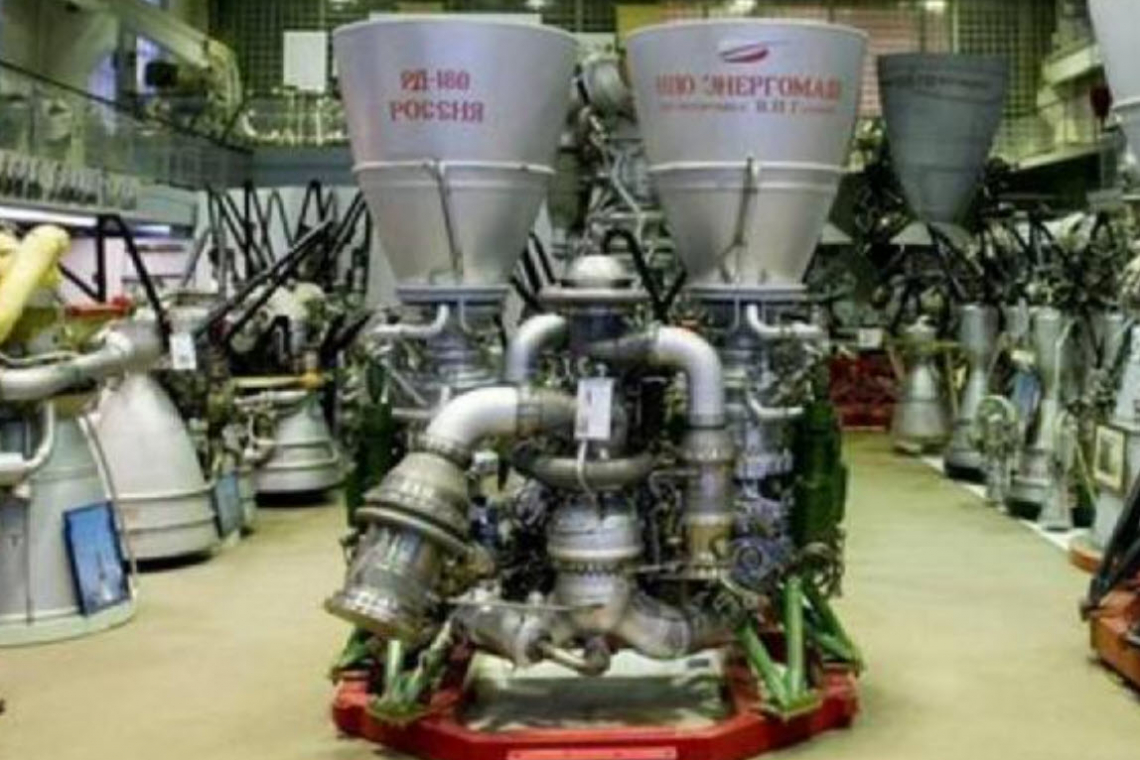 Russia's Federal Space Agency Roscosmos has stopped the deliveries of rocket engines manufactured by Energomash association to the United States.

Shown above, "This is the RD-180 engine in the first place, which is used for the Atlas-5 rocket as the main engine, and the RD-181 engine, which is used as the first stage of the Antares rocket,” Dmitry Rogozin, Roscosmos CEO said.

>"Let them now fly into space on their brooms," Rogozin added.

In addition, Russia is terminating cooperation with the United States on experiments conducted on board the International Space Station.

Due to restrictions, the Russian space program will have to be changed, the head of Roscosmos also said. First priority will be paid to defense satellites.

On February 24, US President Joe Biden pledged to impose sanctions against the Russian space program. The United States will block more than 50% of high-tech imports to Russia to harm the ability of the Russians to modernize their Armed Forces, Biden said.

GAS SUPPLIES FROM POLAND TO GERMANY VIA THE YAMAL-EUROPE PIPELINE HAVE CEASED.  Germany shut-down the approval process for the NordStream-2 gas pipeline from Russia, now Germany gets no gas at all, from Russia.

RUMOR: Next ultimatum, if Berlin has money to cancel Ukraine's debts and host who-knows-how-many Ukrops (Ukraine Nazis), then Germany must pay up costs for the Nord Stream 2 pipeline they just canceled, or say BYE BYE to Nord stream 1 gas supply as well.   Again, just a RUMOR.

Severstal decided to completely stop the supply of steel to the EU countries.  No more Russian steel for Europe!

Oil supply to the US is now cut off.