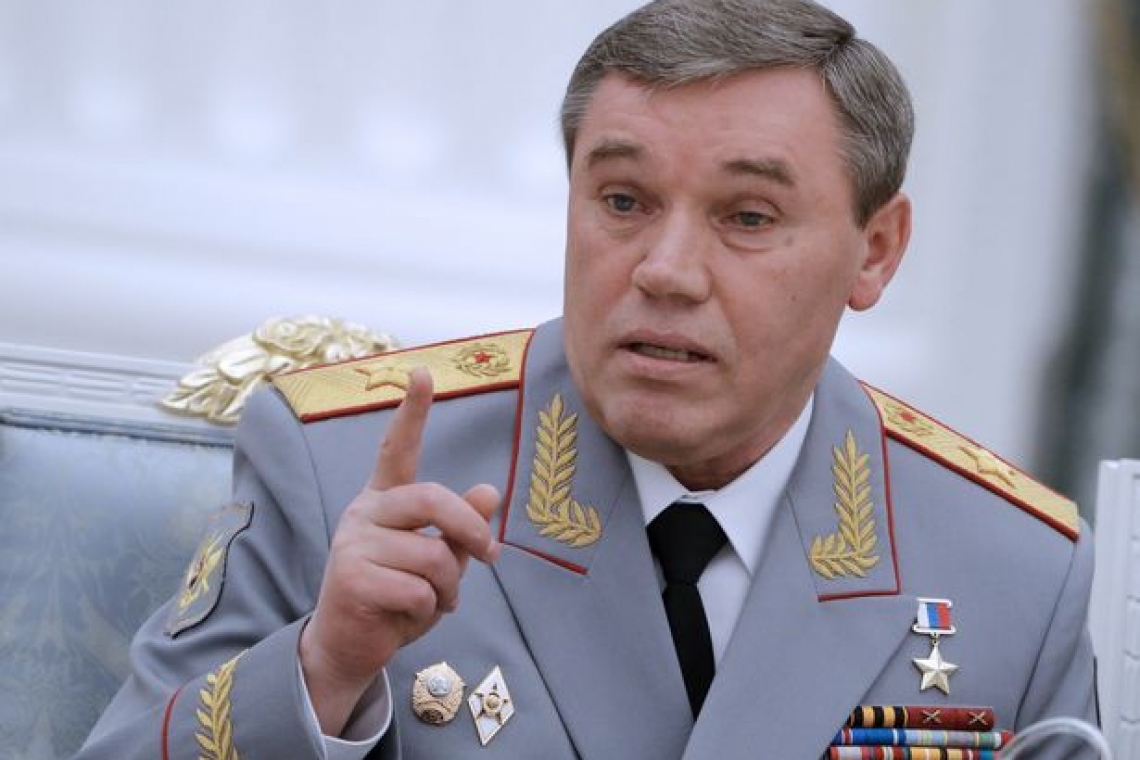 Russia’ s top general is warning a big war is coming amid ongoing tensions with NATO.

Valery Gerasimov, the chief Vladimir Putin’s general staff, has said he believes the West are preparing for a “large-scale military conflict.”

He was speaking at a senior briefing for the military – saying that the West has assigned “adversary status” to Russia.

And the general pointed out NATO’s summit in London wanted faster deployment to the “eastern flank.”

NATO and Russia both have shipped tons of military hardware to their frontier in eastern Europe.

Both regularly accuse the other of aggression over the build-up, and General Gerasimov warned this could accidentally spiral into conflict between Russia and NATO – World War 3.

Putin’s war boss said: “Work continues on the deployment of US missile defense components in Europe.

“In the Baltic countries and Poland, the Black and Baltic seas, military activity is intensifying, the intensity of the bloc's military exercises is rising.

“Their scenarios point to NATO’s targeted preparation for engaging its forces in a large-scale military conflict.”

He accused the West of over-egging the “Russian military threat” amid the ongoing tension.

General Gerasimov said both Moscow and the West must reduce the risk of clashes.

It comes after a string of military incidents between the two sides, with warships and warplanes often “buzzing” each other in eastern Europe.

The general said: “The reduction of risks of dangerous military incidents should remain the most important area in the dialogue between Russia with the US and NATO.

“It is necessary to resume interaction between Russia and NATO in order to resolve the accumulated problematic issues.”

General Gerasimov said that a large-scale war could easily spiral out of a small conflict.

While there is no groundwork of a major war before 2050, he said, there could be conflict as it remains “unstable”.

He said: “There are currently no prerequisites for a large-scale war.

“At the same time, the situation in the world remains unstable, and its development is becoming more and more dynamic.”

General Gerasimov went on: “In such conditions, we can't rule out that crises could emerge that may get out of control and develop into a large-scale military conflict

“Unprecedented political, economic and information pressure is exerted on states trying to pursue an independent policy, including Russia.”

“We must be prepared for any scenario of the development of the situation.

“Therefore, the defense potential of Russia will now and in the future be maintained at a level required to repel any-scale aggression against our state from any environment.”

She said: “NATO continues to pursue the policy adopted and confirmed at the Wales, Warsaw and Brussels summits, which is aimed at raising tensions and ensuring NATO’s dominance in all areas - on the ground, in the air, at sea and in the cyber space.

“As far as we can understand, NATO allies have accepted the US demand to increase their military expenditures."

Zakharova continued: “I would like to point out that their total military spending constitutes more than half of global expenditure and exceeds Russia’s by more than 20 times.”

Meanwhile, US Major General Barre Seguin said the alliance has to “reorientate” amid the threat from Russia.

He confirmed the US is to send 20,000 troops to Europe next April and May in its biggest military exercises on European soil since the Cold War.

The general said: “This really demonstrates transatlantic unity and the US commitment to NATO.”

US troops will win forces from 18 NATO allies to mass around 37,000 troops along the eastern flank.

Maj Gen Seguin said: “We have not demonstrated this ability to rapidly reinforce, from a transatlantic perspective, for 25 years or so.”

I have repeatedly explained that the United States not only INTENDS to trigger a major war, they NEED to get our cities smashed and people killed to get out of the debt they're in!

Today, the US National Debt is over twenty-three TRILLION dollars.   We are fast approaching the point where every cent of our tax money will have to go toward INTEREST on that debt . . . leaving nothing for government services or entitlements like Social Security, Medicare, Food Stamps, Section 98 Housing, Utility Subsidies, Obama phones, and the rest.

The normal thing to do when spending exceeds income, is to stop spending.  But if members of Congress do that, the voters will vote them out.  Congress doesn't want to be voted out; so they have to find another solution.

If they cannot cut spending, then what other hope do they have?   KILL OFF THE PEOPLE THEY'RE FORCED TO PAY!

Think about it: In  a major war, what generally gets hit first?   Major cities.

Now ask yourself, where are MOST of the people who receive government hand-outs like Food Stamps, Obama phones and the like?  Yep;  the major cities.

What would that achieve?   Well, first, it would KILL OFF a lot of the people presently on the government dole.  Next, it would smash our economy, making us unable to do much.  What then?   The Congress goes to its Creditors and says something like "Our people are dead, our cities are smashed, we have no hope of ever repaying you. "

And therein they get debt forgiveness.

For government, it's a win-win: They stop spending on useless eaters who are dead, AND they get out of repaying $23 TRILLION.

Killing YOU off is a bargain for them.

And so, when a guy like this Russian General publicly warns that World War 3 is coming, you should pay very close attention.  Men like him, in positions like he's in, do NOT make such statements publicly, in jest.

What you have to understand is that all the Russia-bashing that's been going on since Hillary Clinton lost the election, is part of a far greater plan.  The powers-that-be know they need to get us hit in a very big war.  They have no choice. They're broke and cannot sustain themselves much longer. Like any cornered animal, they will ultimately have to attack and start the war they need.

Whether WE choose to allow them to continue on this course is up to us.  We have a right to defend ourselves from people trying to get us killed.  And that moment is getting closer.  The fact that Russia's top General is warning publicly about World War 3 is proof.