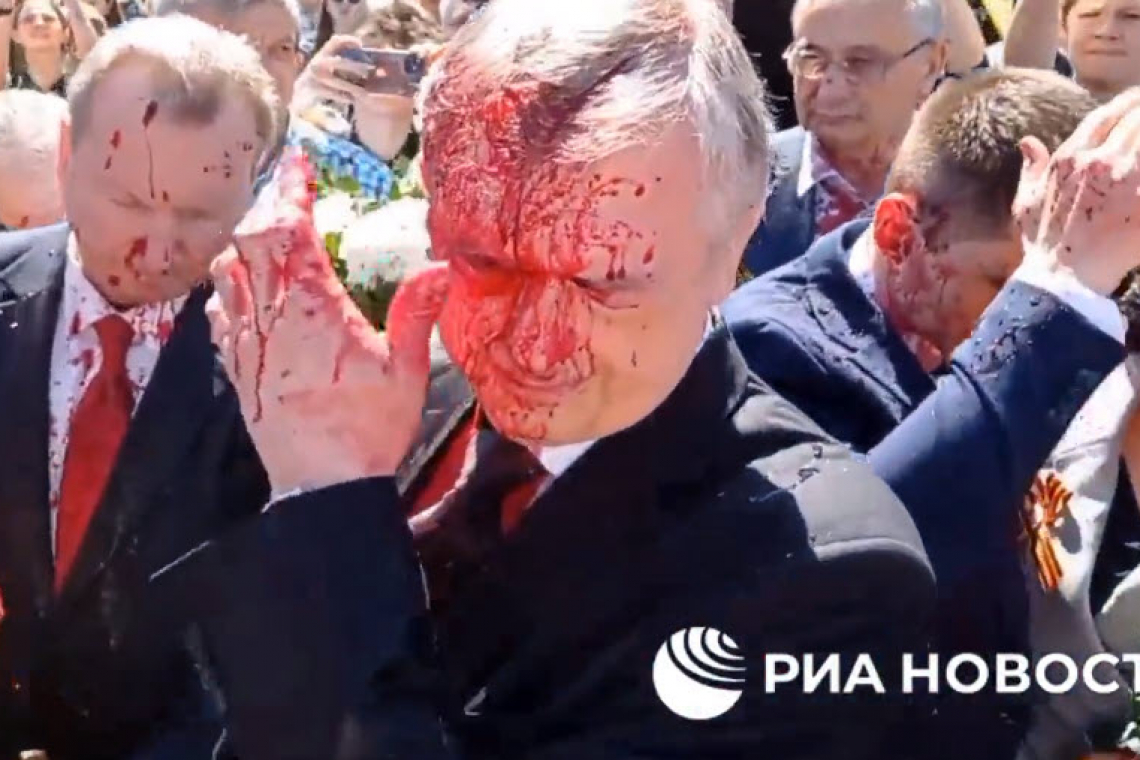 The Russian Ambassador to Poland was at a ceremony to lay flowers at the Cemetery of Soviet Soldiers who died fighting Nazis in World War 2.  He was doused with red liquid (paint?) by protesters to the Ukraine Special Military Operation.

HT REMARK: Poland: No class.  Absolutely no class at all.

There is a time and a place for everything.   Laying flowers at the tomb of dead soldiers is NOT the time or the place to do something as ugly as was done to the Ambassador.  This was a despicable act, by people who have no class.  No class at all.

The Russian ambassador to Poland was attacked during an attempt to lay flowers at the cemetery of Soviet soldiers in Warsaw & doused with red paint pic.twitter.com/9l8i6q79do