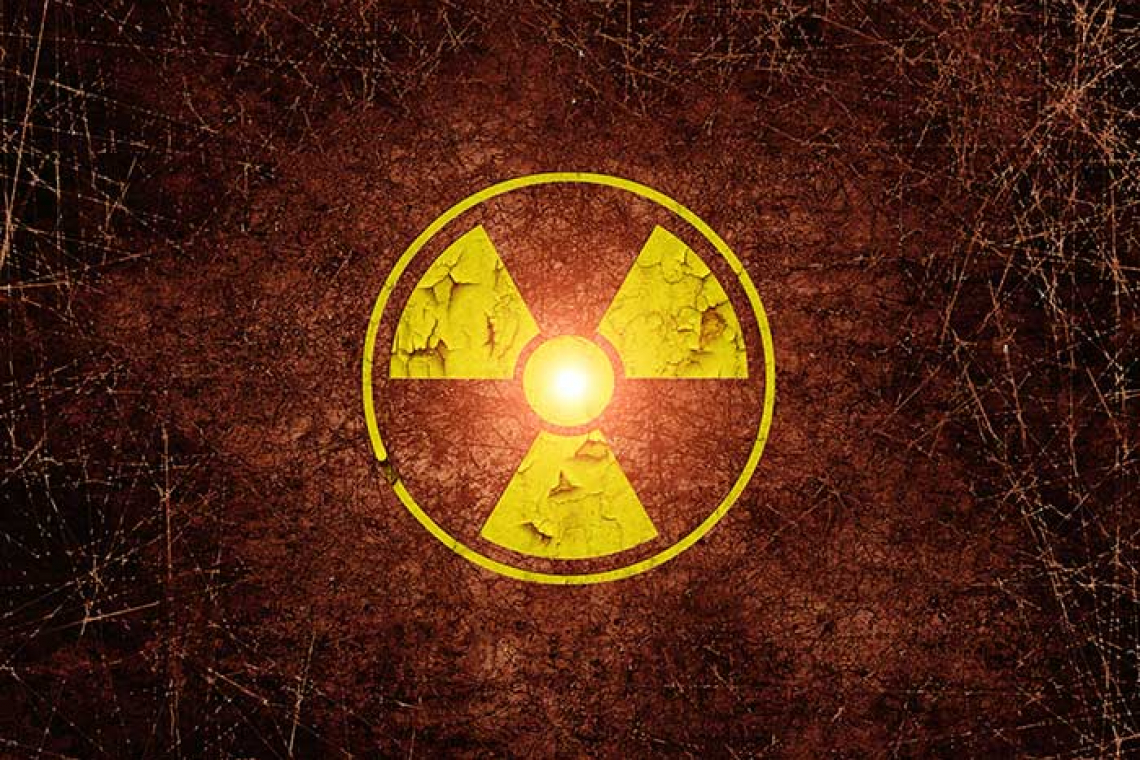 "Russia is unable to 'defeat the NATO bloc' without using nuclear weapons, a Russian commander has admitted.

Alexander Khodakovsky, commander of Russian forces in Donetsk, stressed that Russia is fighting against the entire Western world, so the next escalation of the war in Ukraine 'can only be one: nuclear'.

The commander went on to say 'We know our capabilities. We realize the limits of our resources. If NATO countries exceed certain limits, e.g. dispatch of Leopard tanks. They are very close to crossing the red line."

Meanwhile, elite Belarusian forces with new tactical markings have been deployed on the border with Ukraine:

"At 8 km from the border with Ukraine, elite Belarusian forces have been deployed, bearing new distinctive tactical markings. This fact and the large transfer of forces to the Ukrainian border has caused alarm in Kyiv.

Belarusian elite forces have marked with red squares the equipment being driven to the border with Ukraine. Usually, tactical signs are drawn up before the start of hostilities.

Everything shows that the first target of the joint Russian-Belarusian attack will be Lviv, Lutsk, Rivne, Zhytomyr, these four regions. An attack is also being prepared for Kyiv from a second axis with the aim of besieging it. Without power and with supply routes cut off, the remaining civilians and soldiers in the Ukrainian capital will not last.

According to information so far, the Belarusian military command has deployed the airborne forces of the 38th Brigade to the border with Ukraine."

Russia just wants to do business and live but the west has this hatred for them. Not sure why, but now USA is poking the bear and the Bear is now growling and showing fangs.

Russia is pushed into a corner and has no other options left. You know what? I don't blame them.
+2 # Robert Dziok — rddziok 2022-12-16 03:52
The West wants Russia's resources. Oil, gas, minerals, farmland, etc. They are desperate with their Babylonian "Money Magic" (Print out of thin air) fiat paper financial system collapsing. Russia knows this and will never allow this to happen. Russia paid off debt and owes nobody. On top of that the BRICS are rising very fast with membership etc. and will want fair trade and not useless fiat paper in return for goods and services. So where does this leave the West and in particular the US now? DESPERATE. That's why the BS "Fed" raises interest rates no matter what the consequences to stocks, etc. They are DESPERATE to get suckers to keep taking fiat paper dollars in exchange for real goods and services even though that system has long since run its course as all such BS fiat paper systems have throughout history.
-1 # Simple and concise summary — SBGlett77 2022-12-16 07:46
Well and succinctly said, Robert. This is absolutely the basis for our recalcitrance about settling this conflict with negotiations. It is the root of all kinds of evil we deal with every day - the love of money. The West has taken the love of money to new heights; therefore we experience new depths.

The plan you describe is a spawn of satan. Born-again Christians have the power to bind him in his plan, and to bind his dupes and agents.
# If you think about it — Chappyusa1 2022-12-15 17:56
NATO was formed to fight USSR, now Russia but it turns out. Russia never really could take on NATO without nukes. so we been lied to for the last 40/50 years. This whole thing is a lie.

Russia just wants to do business and live but the west has this hatred for them. Not sure why, but now USA is poking the bear and the Bear is now growling and showing fangs.

Russia is pushed into a corner and has no other options left. You know what? I don't blame them.
-3 # RE: Russian Donbass Commander: "nuclear escalation inevitable"; Elite Belarusian Forces begin staging for sweep into Western Ukraine — RockyMountainBeerMan 2022-12-15 17:35
.
I wonder if the nooks will counteract the cold from the Siberian Express?
.
+7 # moutsapper — gregctg 2022-12-15 16:56
um Galicia anyone??Hal once again ahead of curve. thanks for the boiled down intel and analysis.

but but but our govt media says Russia's out of ammo and losing. LOL our pentagon clownshow couldn't find a snow flake in a snow storm without gps telling them witch turn to make. they cant fight wars with pronouns and in skirts they're finished total embarrassment to all us who did things and broke things successfully they're finished not Russians.

Terrified, the Ukrainian AGEETHA asks for help: "200,000 Russian soldiers will arrive at the gates of Kiev" - War fever in Belarus!

So regarding Russia?
Your fucking right:
probe, provoke, and tease Russia.

Psychological analysis from an unlicensed
counselor?

Biden has no reason whatsoever to care
OR give a good shit.
It doesn't matter to him. His life is over.
Starting a good fight? You got it.
Why not?
Biden has no reason to care. All he has to
look forward to is getting exposed. And the
shame of being discoverer.

Biden's present Russian course?
Deliberate fucked-ness.
+1 # Shaming — geezerme 2022-12-16 06:23
." And the shame of being discoverer."
Trying to shame Biden, or any "progressive" is like trying to shame a vulture from eating carrion. it's all they know how and what to do.
+1 # Today's Episode: New defense missiles to Ukraine — MildB 2022-12-15 15:25
~
Today, the U.S. is getting set to deliver Patriot air defense missile systems to Ukraine.

https://sonar21.com/the-war-in-ukraine-has-exposed-the-weakness-of-the-u-s-military/
+4 # RE: Russian Donbass Commander: "nuclear escalation inevitable"; Elite Belarusian Forces begin staging for sweep into Western Ukraine — WilliamtheResolute 2022-12-15 13:48
The only positive that could come out of NATO provoking Russia to use a nuke would be the end of the City of London...unfortunately a lot of good people will die in order to ride the world of these bankster cockroachs.
+5 # The End of the city of London.. — Lexie 2022-12-15 14:28
I truly get your sentiment and really don't mind at all a mini nuke drop on Westminster, but I assure you most, if not all of the bastards reside in the Home Countys or elsewhere and that is where most of the leaches will be hiding out. Why should the people of London suffer obliteration in that case. Unfortunately, I live close to London as does my family and I am in no mood to celebrate their or my demise.
+1 # London — Kad2866 2022-12-15 23:00
Correct. Millions will end up dying/suffering because of the dam elite, WEF, Tri laterals, trillionaires, etc all the a holes who want war and want to bring in a new world order.
No meat, no more airline flights, govt ownership of cars (u get permission to use or go anywhere), digital currency, social credit systems, etc.
Elite have been saying China is the world model.
No more driving to vacations, holidays yall call them. Gas cars will be gone, no more oil refineries.
Not happenings overnight of course but it's all planned and a total hell for freedom lovers. Some idiots like to be controlled.
If you can get out of London, which seems to be the main target even before DC.
How in the hell does an Anglo Saxon country (England) end up with Indian PM, and largest city is run by a Muslim? Both with ties to the WEF. I hear migrants there get to live in nice hotels and in 40 years or less whites will be a minority there?
I'm for preserving language, borders and culture and each country should have that right, not to be overrun and gradually or semi quickly changed.
+3 # I'd move... — WilliamtheResolute 2022-12-15 18:54
My advice to anyone of any nationality would be to flee the large cities for the countryside...it's going to get bad.
+3 # Agree with Lexie — Doug Brown 2022-12-15 16:48
In the UK, don't bomb, instead immediately
Get rid of all immigrants
With no regard for political correctness
Throw them out.
Exile all non English.
As wel asl all members in Parliament
+1 # Galicia — JayChris 2022-12-15 12:41
Wait. Isn't this in the region known as Galicia? Comments, Hal?
# Galicia — JayChris 2022-12-15 12:41
Wait. Isn't this in the region known as Galicia? Comments, Hal?
-20 # RE: Russian Donbass Commander: "nuclear escalation inevitable"; Elite Belarusian Forces begin staging for sweep into Western Ukraine — gwu77 2022-12-15 12:31
Armageddon and Gog and Magog wars are sought by abrahamics, they want white civilization destroyed. The odds of being able to stop them are poor, their religions reign over the white world. Its a shame the religions are fraudulent, like it or not, according to science, history, and reality.

There is no direct evidence for any of the people or Exodus events in non-biblical ancient texts or in archaeological remains...

The jews have hated whites for 2500 years and have kept it hidden until recently admitting it.

As your observations, and expressions, were generated by your
corrupt carnal mind, you neglect the fact that you are spiritually
dead.

As there are Egyptian text that state the Exodus did occur,
your ignorance is apparent.

And you quote wikipedia which is a garbage dump of user
defined definitions.
Ever heard of an encyclopedia, try one.

Romans 7:24-25
As you are the servant of sin and unrighteousness.

O wretched man (gwu77) that I am! Who will deliver me
from this body of death? I thank God—through
Jesus Christ our Lord!

There is no direct evidence for any of the people or Exodus events in non-biblical ancient texts or in archaeological remains...

The jews have hated whites for 2500 years and have kept it hidden until recently admitting it.


https://www.bitchute.com/video/xM78atbpYjNB/
+7 # Route 91： Uncovering the Cover Up--Mindy Robinson (2017 Las Vegas Shooting) — White Lightning aka Raptor 2022-12-15 12:16
Parts 1-3 combined--On October 1, 2017 58 people were killed at the Route 91 country music concert in Las Vegas....and by 2 weeks the media dropped the entire story due to all the lies and holes in the police and FBI’s story. These are all the things they’ve covered up about the tragedy that they don’t want you to know about.
https://rumble.com/v20o5xk-route-91-uncovering-the-cover-up-mindy-robinson-2017-las-vegas-shooting.html

Putin accused Western nations of "outright Satanism." "The dictatorship of the Western elites is directed against all societies, including the peoples of the Western countries themselves. This is a challenge to all," Putin said. "This is a complete denial of humanity, the overthrow of faith and traditional values. Indeed, the suppression of freedom itself has taken on the features of a religion: outright Satanism."

The crimes of the United States have been systematic, constant, vicious, remorseless, but very few people have actually talked about them. It means the brainwashing is so thorough we are programmed to swallow a pack of lies. The Devil runs America. He is in control of every one of the power sources in this nation. No man can serve two masters. You either serve God or Satan.

https://www.youtube.com/watch?v=t039p6xqutU
+8 # NATO in the same boat — unixguru24 2022-12-15 10:59
It would not appear NATO is capable of 'winning' this without going nuclear as well. But a 'win' for NATO in a nuke exchange also means a complete and total LOSS for NATO. With advanced weaponry, Russia might be able to 'win'. NATO simply cannot. Yet they keep pushing. Watch the red lines.
+2 # NATO is run by the WEF — bad3141949 2022-12-15 16:15
NATO (the WEF) Does not want to WIN they want to reduce the surplus population to a level that they can CONTROL. They figure on being safe away from the bombs during the conflagration. They keep saying it and publishing it. Just look at what they have been saying for years. It's not about JEWS or GENTILES it's about SATAN VERSUS GOD. The Creator wins but Satan wants to take as many of God's creation with him as he can.

I actually feel sorry for gwu77. If he doesn't wake up, he will lose also. too bad.
+25 # RE: Russian Donbass Commander: "nuclear escalation inevitable"; Elite Belarusian Forces begin staging for sweep into Western Ukraine — Hope springs 2022-12-15 10:50
Insanity at the highest levels, all across the Western world.
Refresh comments list
RSS feed for comments to this post
JComments
by sur.ly
100% Trusted Informational Platform Website 2021