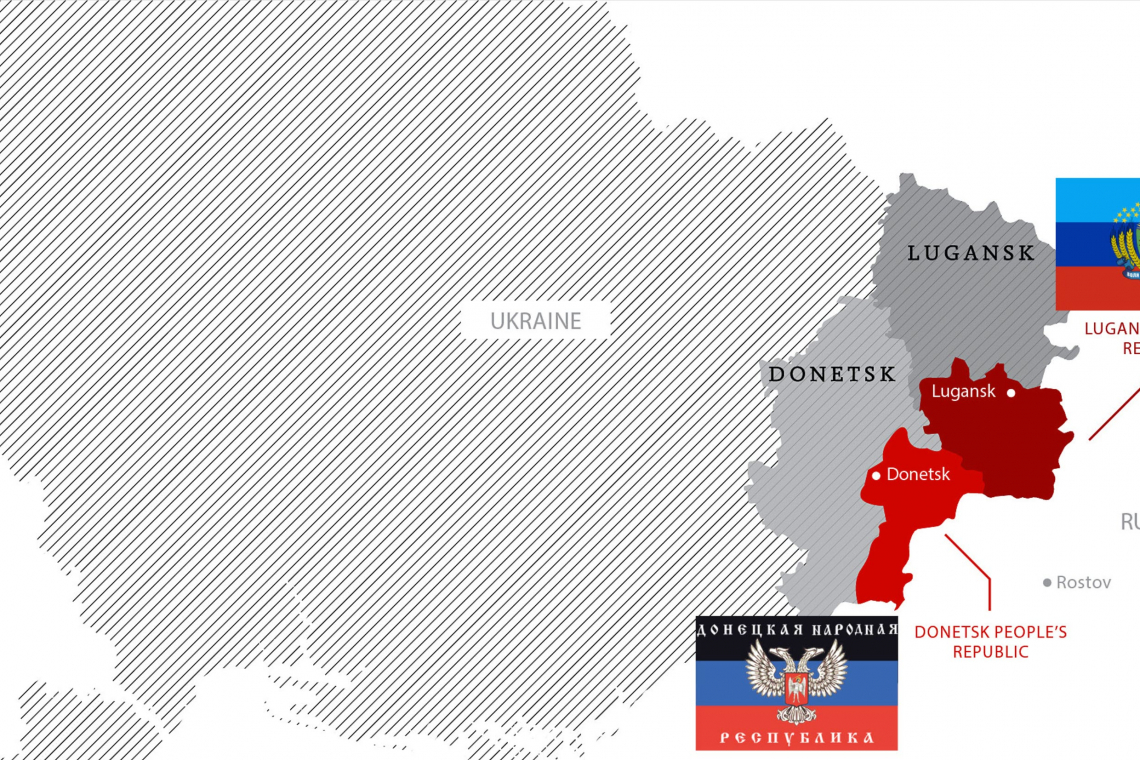 A gigantic legal maneuver by the breakaway states of Luhansk and Donetsk is scheduled for February 14, when the Russia Duma - it's version of the US Congress - takes up the request for those oblasts (states) to be recognized as "Independent."  If the Duma agrees, the two oblasts could request Russian troops to protect them from Ukraine and from NATO.

On February 14, the Russian Duma will take another look. This is no coincidence. By recognizing those two states as "Independent" it makes it legally possible for Russia to answer a request from those Independent states, for the Russian army to "protect" them from Ukraine and from NATO.

Of course, If the Russia Duma officially "recognizes" Donetsk and Luhansk as Independent Ukraine, and NATO, would flatly refuse to accept this.  Yet, once the legalities are done by the Duma, it would be Russia's position that those two territories are no longer "Ukraine" and thus it would be perfectly lawful for Russian troops to be in those places if asked to do so by those now-independent states.  Ergo, no "invasion" of Ukraine!

At that point, if Ukraine or NATO try to use force to keep Luhansk or Donetsk in Ukraine, then Russian troops inside those places will have been "attacked" and thus Russia could defend itself.

If Luhansk and Donetsk are recognized by Russia as Independent entities, then those entities can request the presence of the Russian Army to protect them.

The use of force by Ukraine or by NATO would then be an "attack."

So serious is this effort that yesterday, Ramzan Kadyrov of Chechnya, agreed to send his troops in support of the Russian Army, near Ukraine.   A move by Russia to make use of Chechnyan troops shows Russia is literally pulling out all the stops before making this move.

If a blow-up takes place over this situation, the blow-up will be the biggest conflict in Europe since World War 2 . . . and it can erupt with no notice.