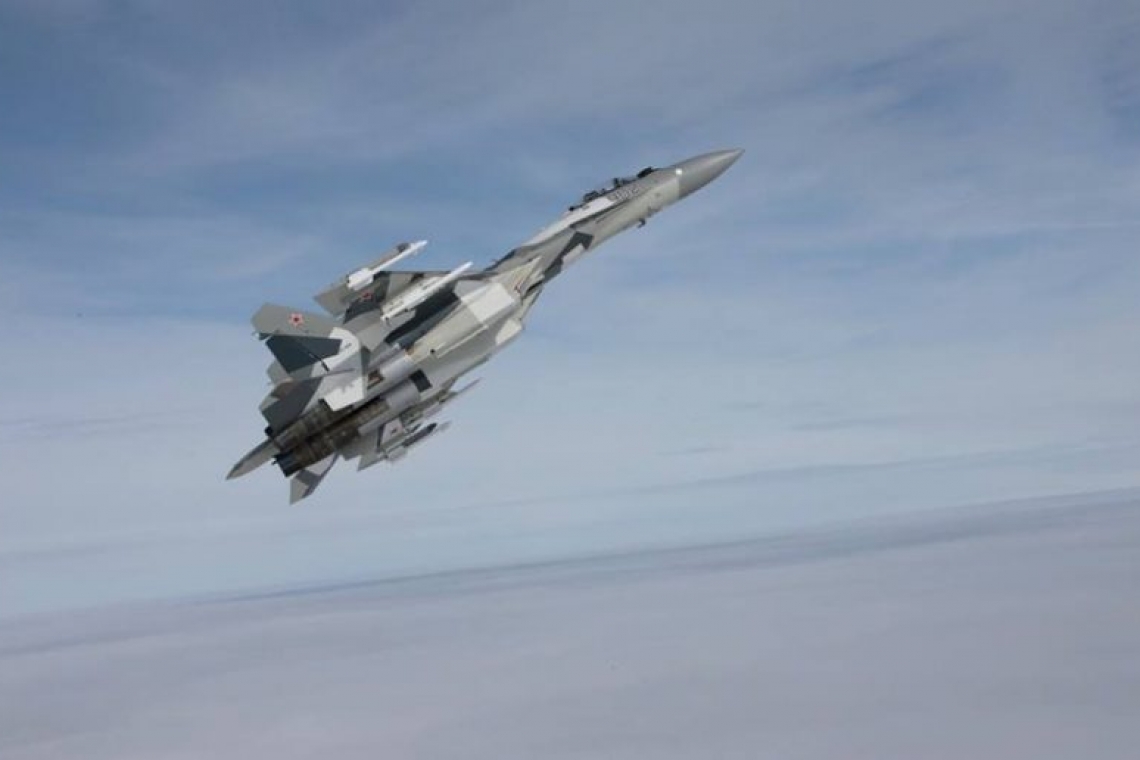 The Turkish Air Force allegedly deployed some of their warplanes to the southern countryside of the Idlib Governorate after the Syrian Arab Army (SAA) scored a series of gains near the city of Khan Sheikhoun.

During the battle for Khan Sheikhoun, two Russian Su-35 jets intercepted the Turkish warplanes and forced them to leave Syria’s airspace.

Covert Intel sources on the ground in Syria confirm to the Hal Turner Radio Show “The Turkish fighters were forced to leave Syrian airspace after covering a distance of 30-40 kilometers, which obviously indicates either the receipt of a warning from the airborne forces, or the discovery of Russian combat aircraft on radar.”

“The Su-35 fighters escorted and guarded the Syrian Air Force when they were attacking  Khan Sheikhoun after threats from Turkey.”

The Turkish military did send two large convoys to the northern outskirts of Khan Sheikhoun after their allied militant forces lost a great deal of ground to the Syrian Arab Army around the city.

It is worth noting that both the Syrian and Turkish air defenses have downed each others warplanes during the Syrian conflict, with the latest incident in 2017.

Turkey this morning announced they will NOT move or remove their "observation post" near Khan Sheikhoun and warned Syria not to play with fire.

Syrian forces in the meantime are consolidating their gains from yesterday's battles, and are just hours away from completely encircling the rebels and terrorists in Khan Sheikhoun after having now cut off terrorist supply lines.

Once Khan Sheilhoun is secured by the Syrian army, there is only ONE place remaining in Syria which is not yet under legitimate Syrian government control: Idlib itself.