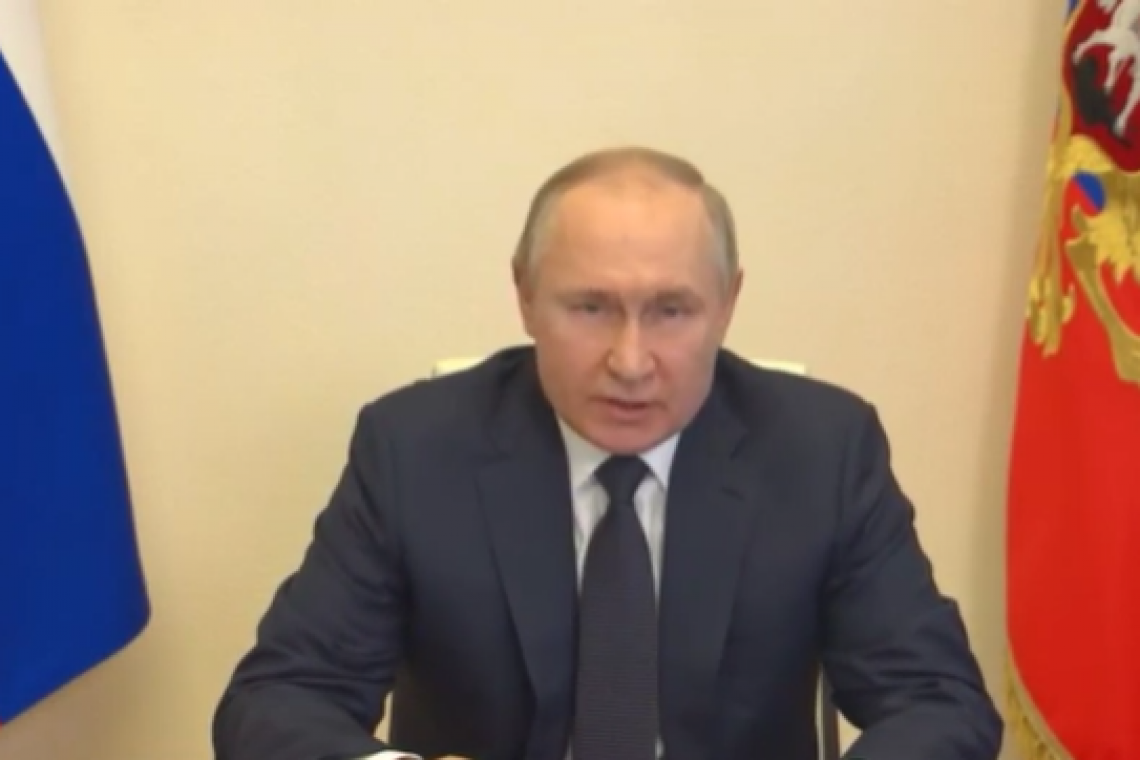 Russian President Vladimir Putin gave a televised address today, and basically spoke to the world regarding the events taking place in Ukraine and the economic fallout being blamed on it.

Putin said Moscow offered the Ukrainian authorities not to engage in hostilities, if they withdrew troops from the Donbass, but they did not want to.

He went on to say the special military operation is going well and according to plan.

Putin made an interesting remark when he said that if Russian troops acted only on the territory of the Republics of Donbass, this would not lead to peace in Ukraine and would not eliminate the threat to Russia.  That was why a much larger area of Ukraine is involved.

The Russian President pointed out that Western patrons are pushing Kyiv to continue the bloodshed, by supplying weapons, intelligence, and sending mercenaries.

He said the tactics of the Russian Ministry of Defense in Ukraine have fully justified themselves, and everything is being done to avoid losses among the civilian population.

Most interestingly, Putin pointed out a network of a dozen laboratories operated in Ukraine, where military biological programs were carried out with the financial support of the Pentagon. These included experiments with samples of coronavirus, anthrax, cholera, African swine fever. He went on to say authorities in Ukraine are now strenuously trying to cover up traces of these programs.

Speaking to the world, he said "I want ordinary citizens of Western states to hear me too. They are now trying to convince you that all your difficulties are the result of some hostile actions of Russia; That from your wallet you need to pay for the fight against the mythical Russian threat.

It's all a lie! And the truth is that the problems faced by millions of people in the West are the result of years of actions by the ruling elites in the West.  Their mistakes, myopia and ambitions.

These elites are not thinking about how to improve the lives of their citizens, they are obsessed with their selfish interests and super profits."

Putin also spoke about his future plans for Ukraine, saying "The appearance of Russian troops near Kiev and other Ukrainian cities is not connected with a desire to occupy Ukraine, Russia has no such goal.

All tasks assigned in the special military operation will certainly be completed;

We had no other option to ensure the security of Russia."