Saturday: Air Raid Sirens Sounding Throughout Almost **ALL** of Ukraine 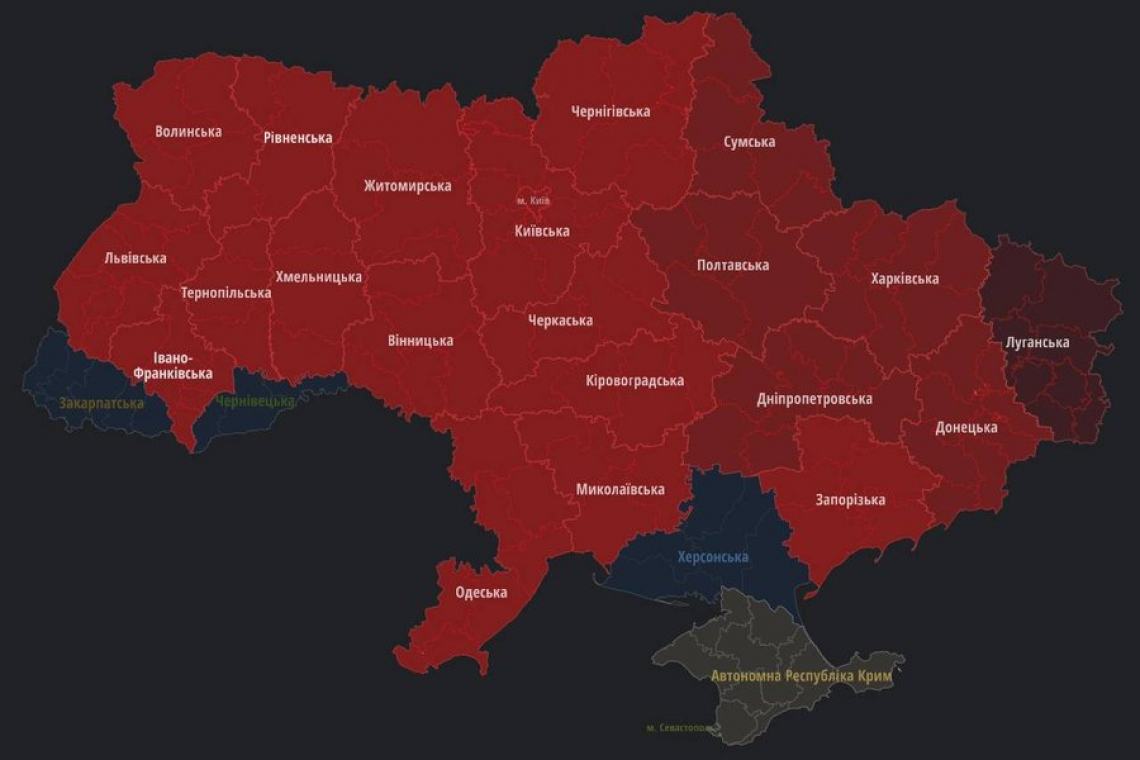 A massive air attack is thought to be taking place this morning (US east coast time) throughout Ukraine.   Air raid sirens are sounding in almost the entire country.  The red areas on the map above show the places where sirens are sounding.

Russia's Defense Ministry has stated that its forces shot down a number of Ukrainian military vehicles in the vicinity of the Zmeiniy island, which was taken under control by the Russian troops at the onset of the special operation.

Some 276 Ukrainian military targets were hit over the past twenty-five hours by Russian rockets and artillery, the Defense Ministry said, noting that they included command posts and Ukrainian troops' footholds.

The Russian Army is now located in the northern suburb of Severodonetsk, Voevodovka. Severodonetsk is a key city for the development of Russian strategy as it was designated by Kyiv as the administrative center of the "Luhansk region”.

But the most important thing is that Wagner forces occupy the city of Popasnaya. The "musicians" lead the business in this city-fortress. The fall of this city will mark the breaking of the defense of the Ukrainian Armed Forces in Donbas, on which the entire second phase of the Russian military operation depends.

The battles of the last 48 hours are unprecedented in Donbas. The heaviest Ukrainian losses since the start of the war.