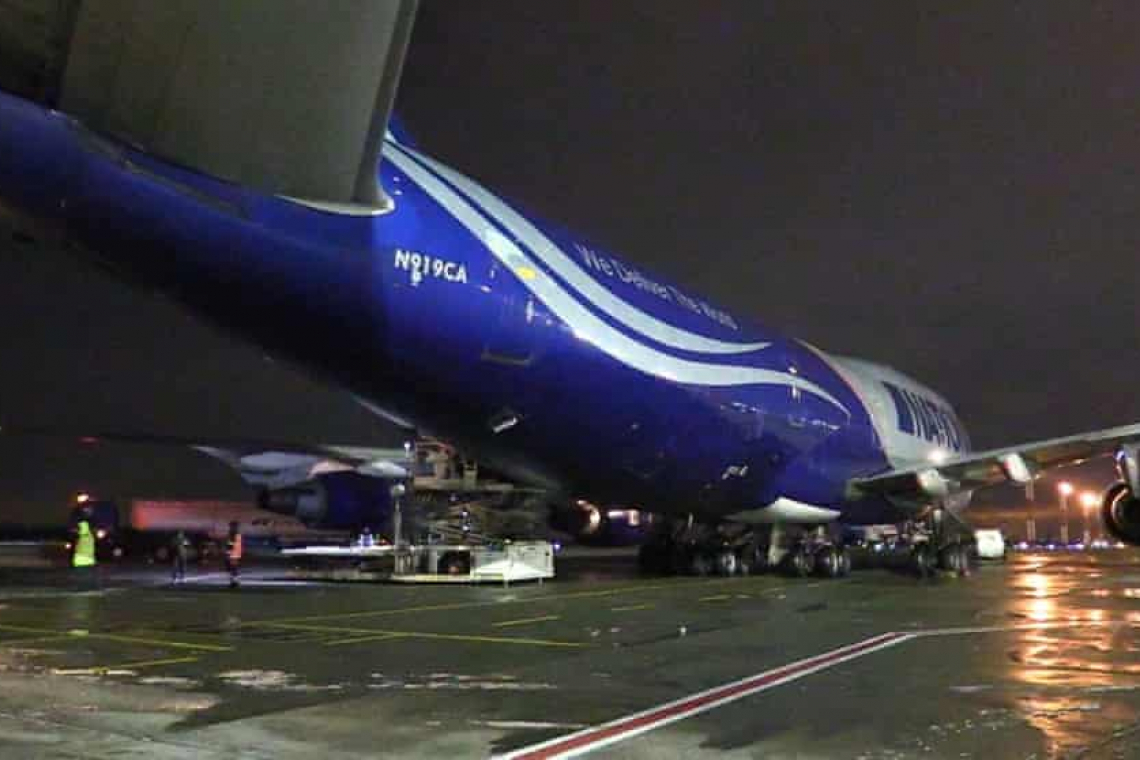 An air cargo jet operating under US Transportation Command, took off from Kiev, Ukraine after delivering 200,000 pounds of Ammunition.  It then violated the air space of Belarus, violated Russian Air Space and "disappeared" from flight tracking as it entered Kazakhstan.  Was it shot down?

The flight, National Airlines Charter Flight NCR574 for STATE/DOD, landed late last night in Kiev, Ukraine to offload two hundred thousand pounds of ammunition; part of the "lethal" aid being given to Ukraine by the United States. 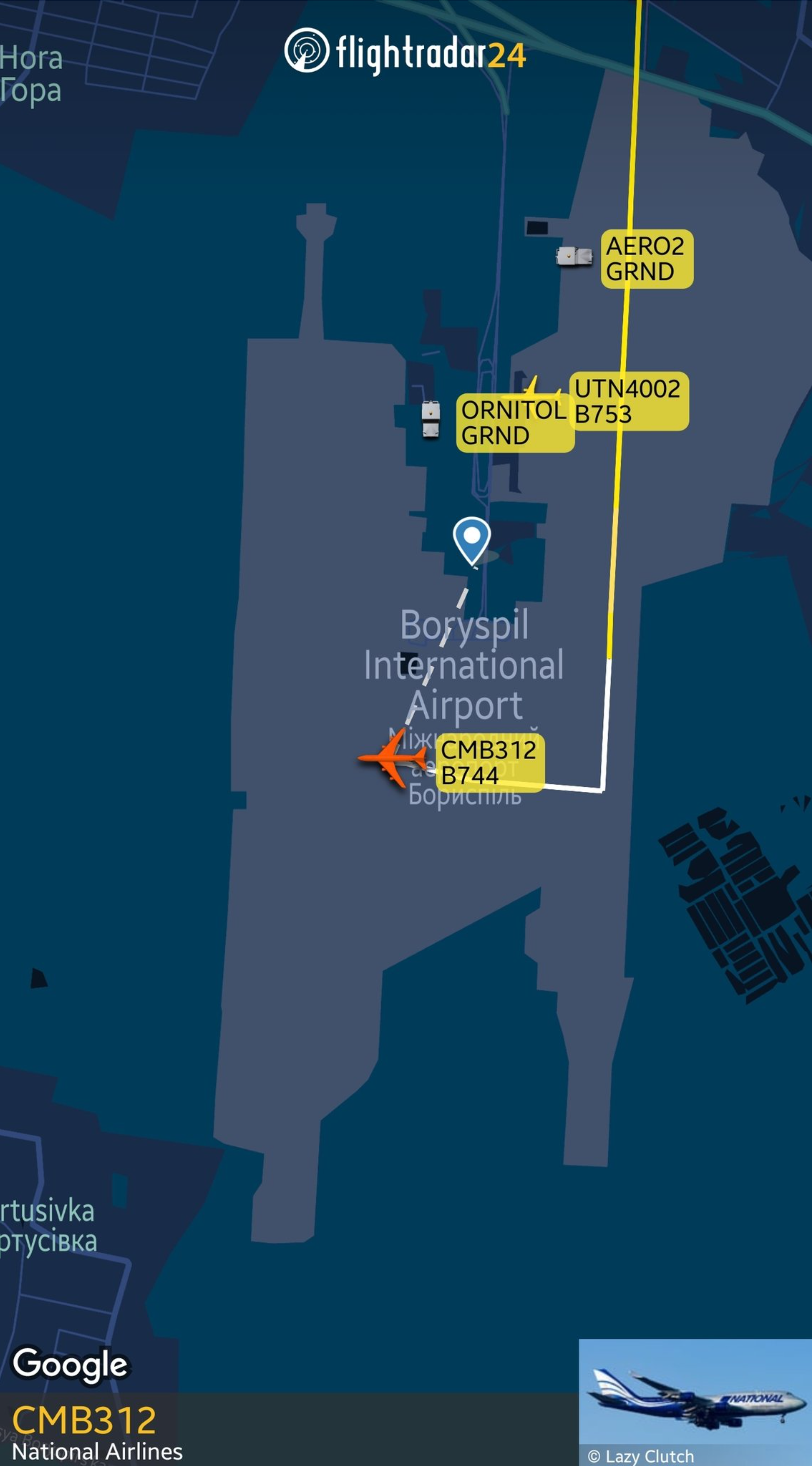 But when the plane took off from Kiev this morning, instead of heading back toward Germany where it originated, the plane flew due north and violated Belarus air space. 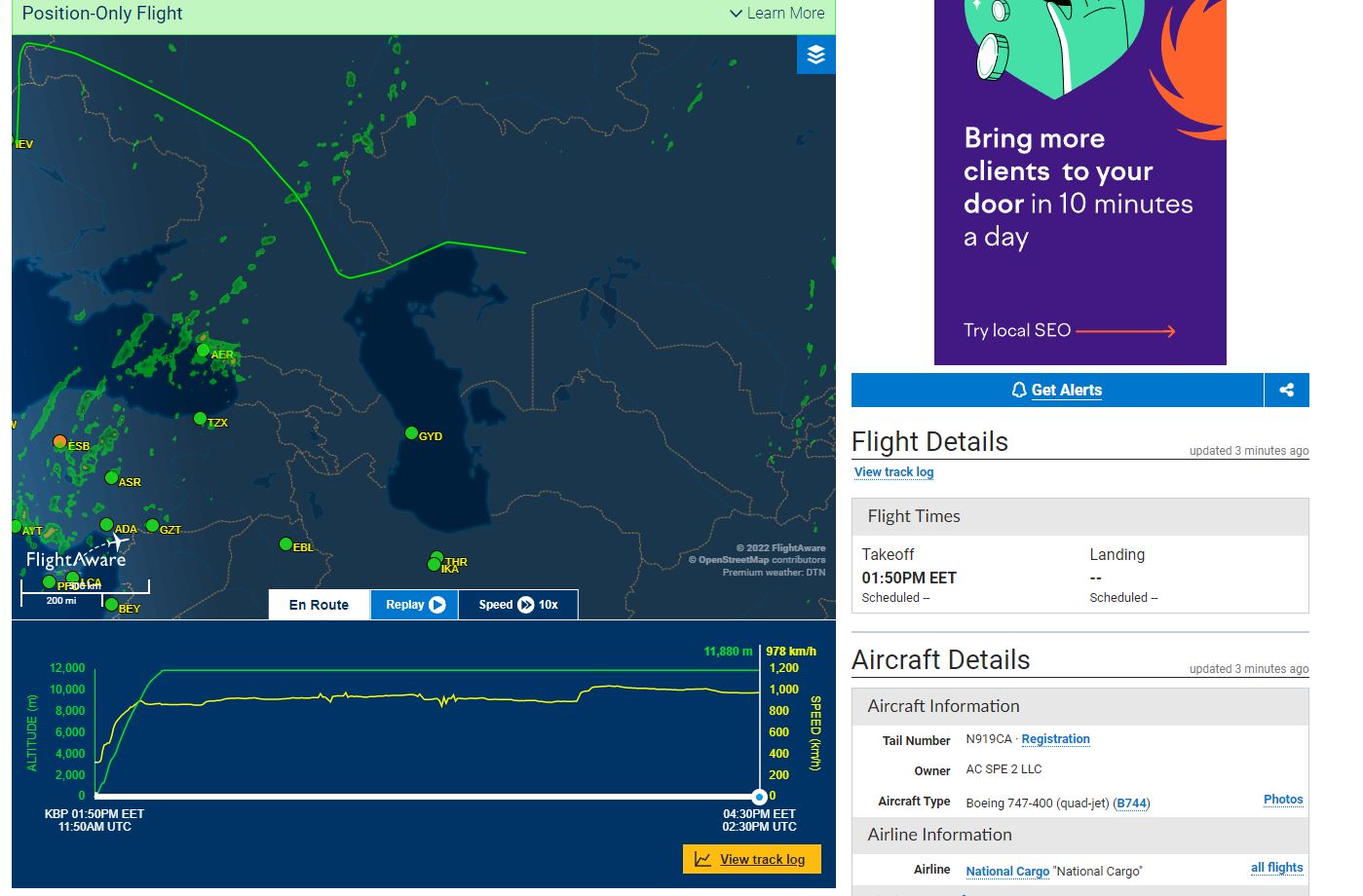 It then turned sharply eastward and violated Russia air space, and continued to do so for several HUNDRED miles!  It overflew the precise region of Russia where all the Russian troops are massed for potential action against Ukraine!  Spy much? 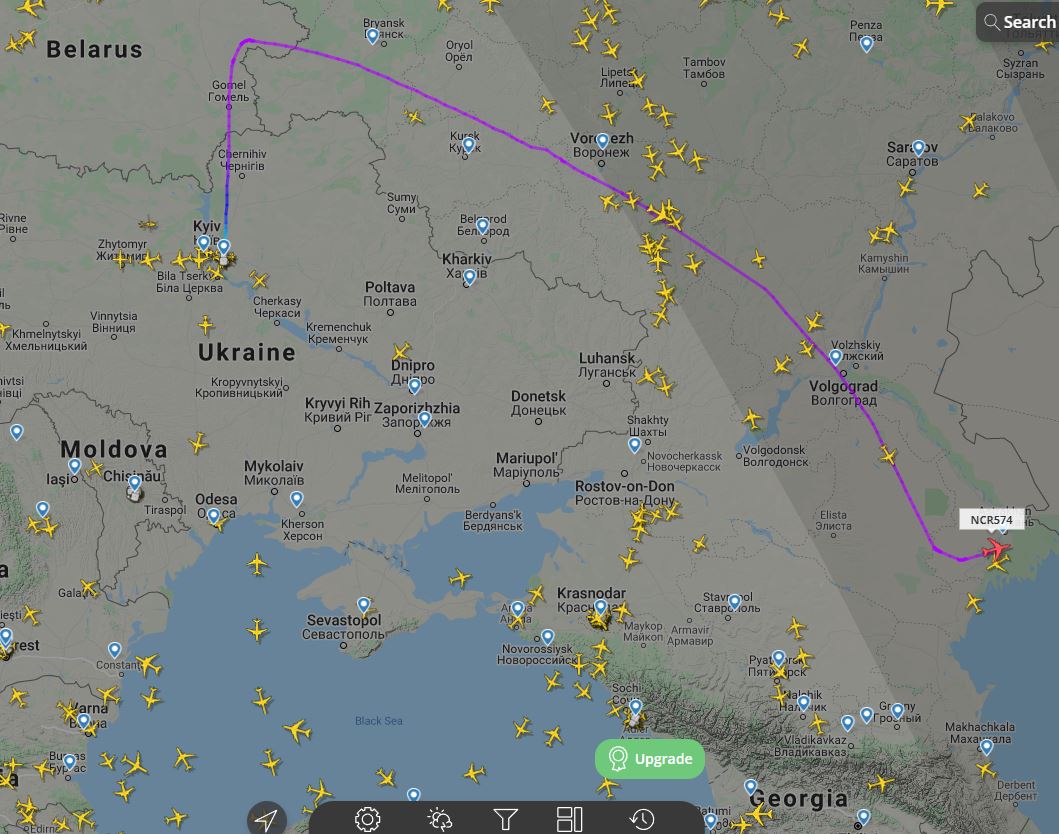 Shortly thereafter, the plane turned east again and entered the air space of Kazakhstan, where it "disappeared" from flight tracking.

Is this the "provocation" people have been waiting for which will be used as an excuse to drag the US into a war with Russia?

As if the situation with the US military-chartered cargo plane above wasn't freaky enough, get a load of this:

Radar flight tracking shows the story . . . and check out the ALTITUDE 1150 feet.  Do you have any idea how LOUD that would have been on the ground? 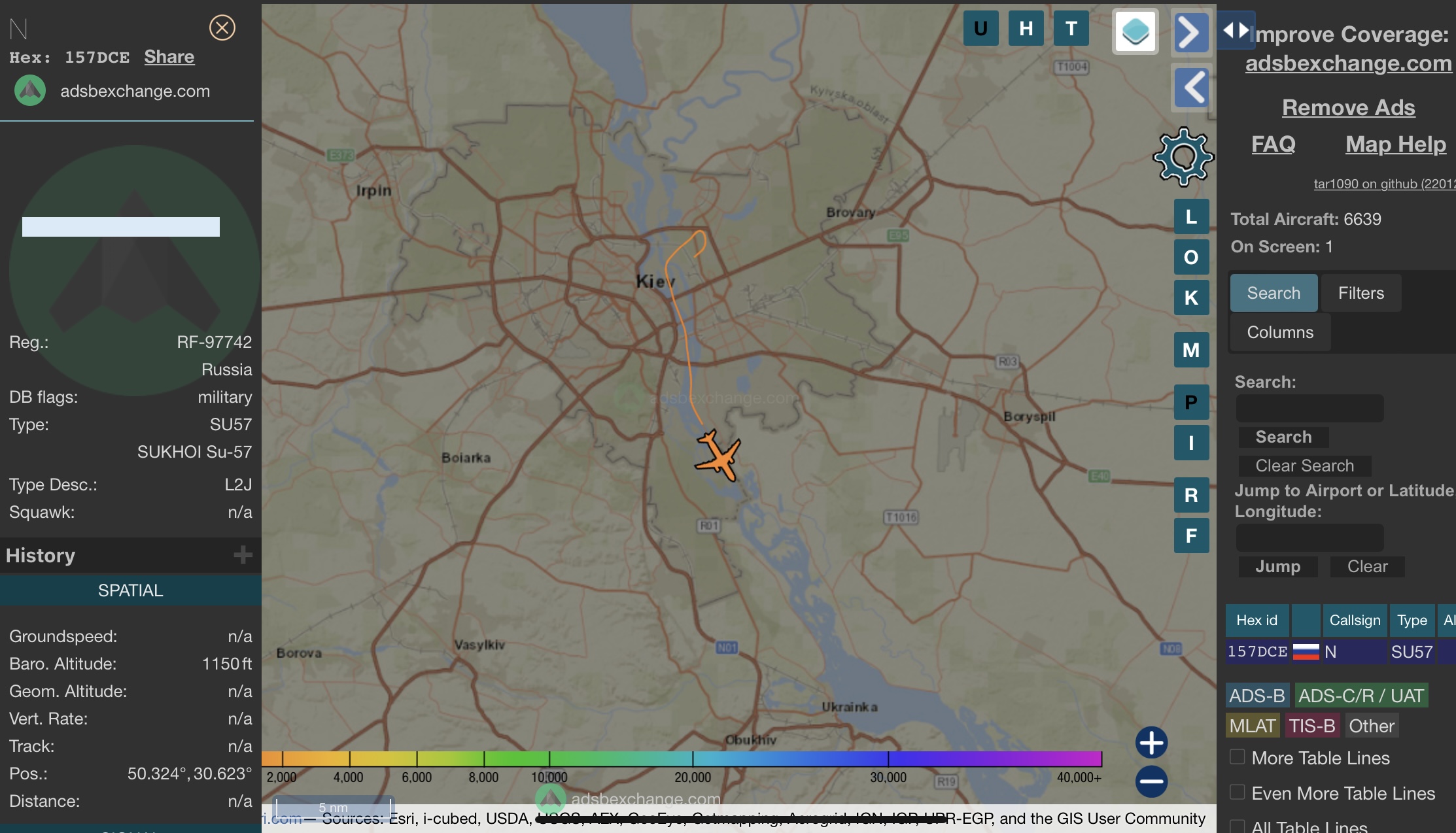 The Sukhoi-57 is Russia's premier Stealth Fighter.   In file photos, it looks like this: 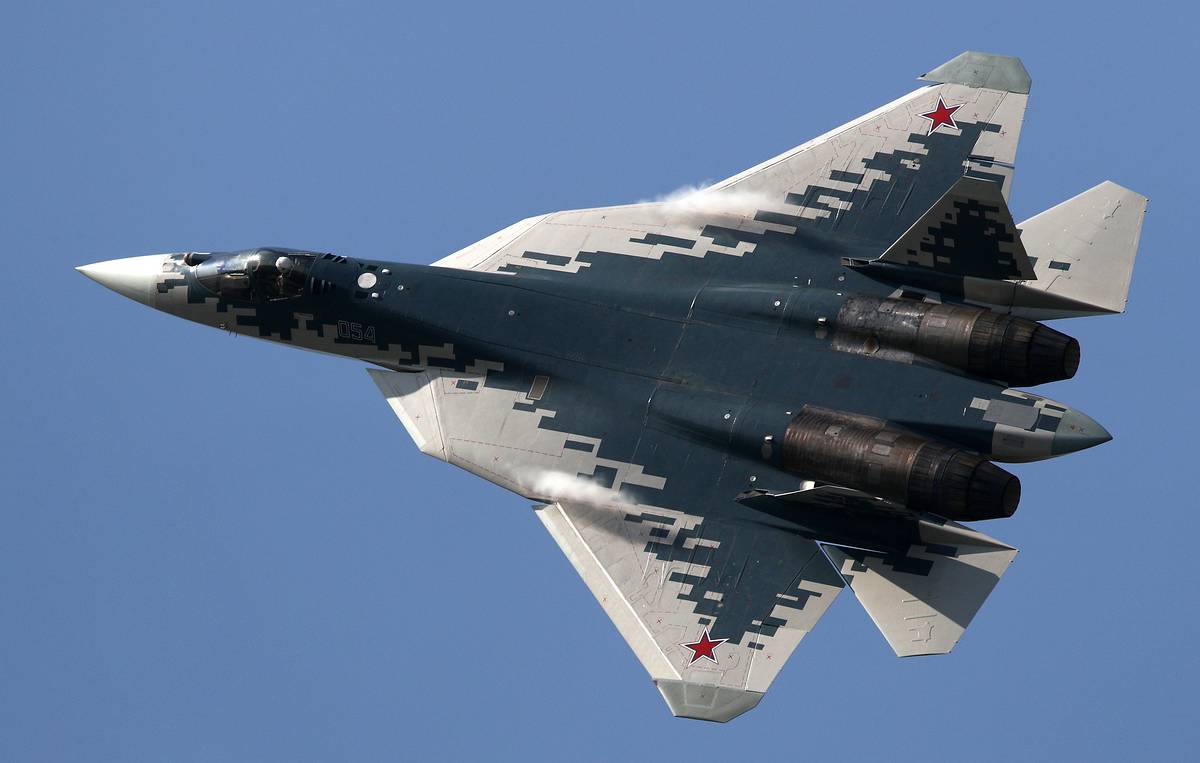 So, did all of us just get to SEE just how awesome the new Russian technology actually is?

Did the Russians manage to sneak a fully armed, fifth generation, stealth fighter jet all the way to the Capital city of Ukraine without being noticed?

Did they then turn off the stealth, and turn on the flight tracking to PROVE they were actually there, as a demonstration to Ukraine of what they are actually facing if they continue with their war nonsense?

If this aircraft did sneak all the way into Ukraine unnoticed, what does this say about US and NATO radar capabilities?   Maybe we just got our ass handed to us by Russia technology?