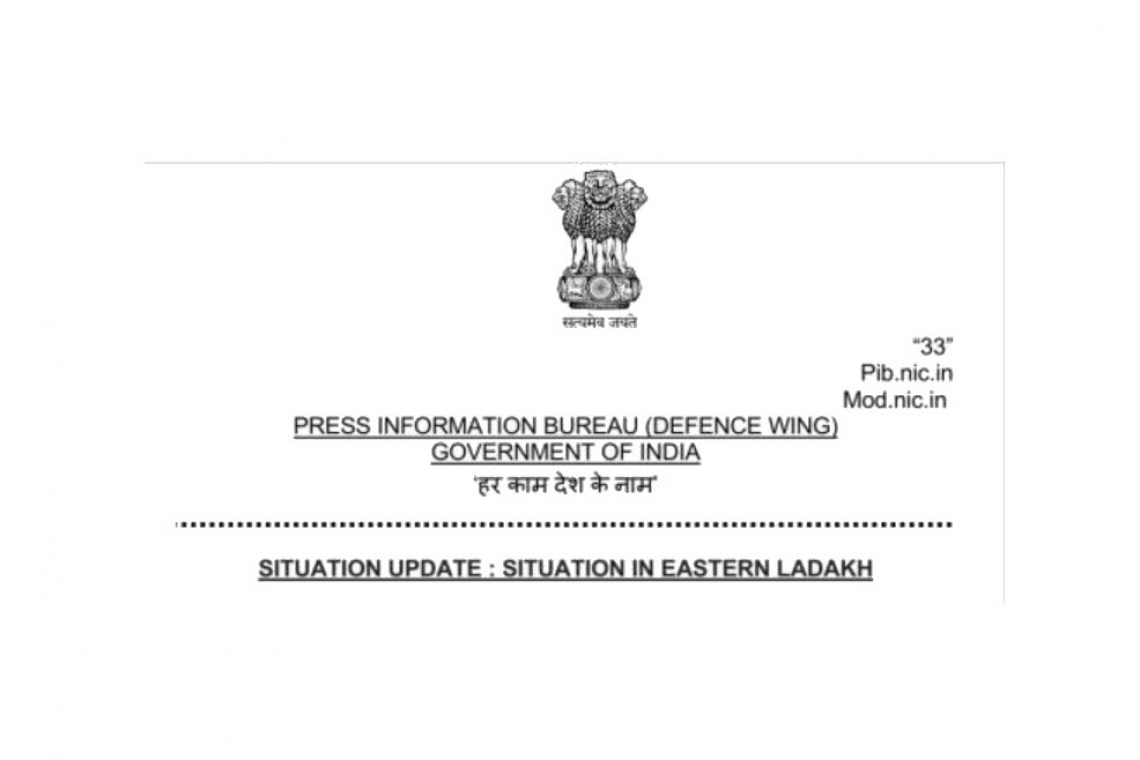 Despite lengthy efforts to maintain peace along the border between China and India, troops from both sides exchanged gunfire for the past few days, and things are getting very much worse.

This Press Statement was issued by the Indian Army: 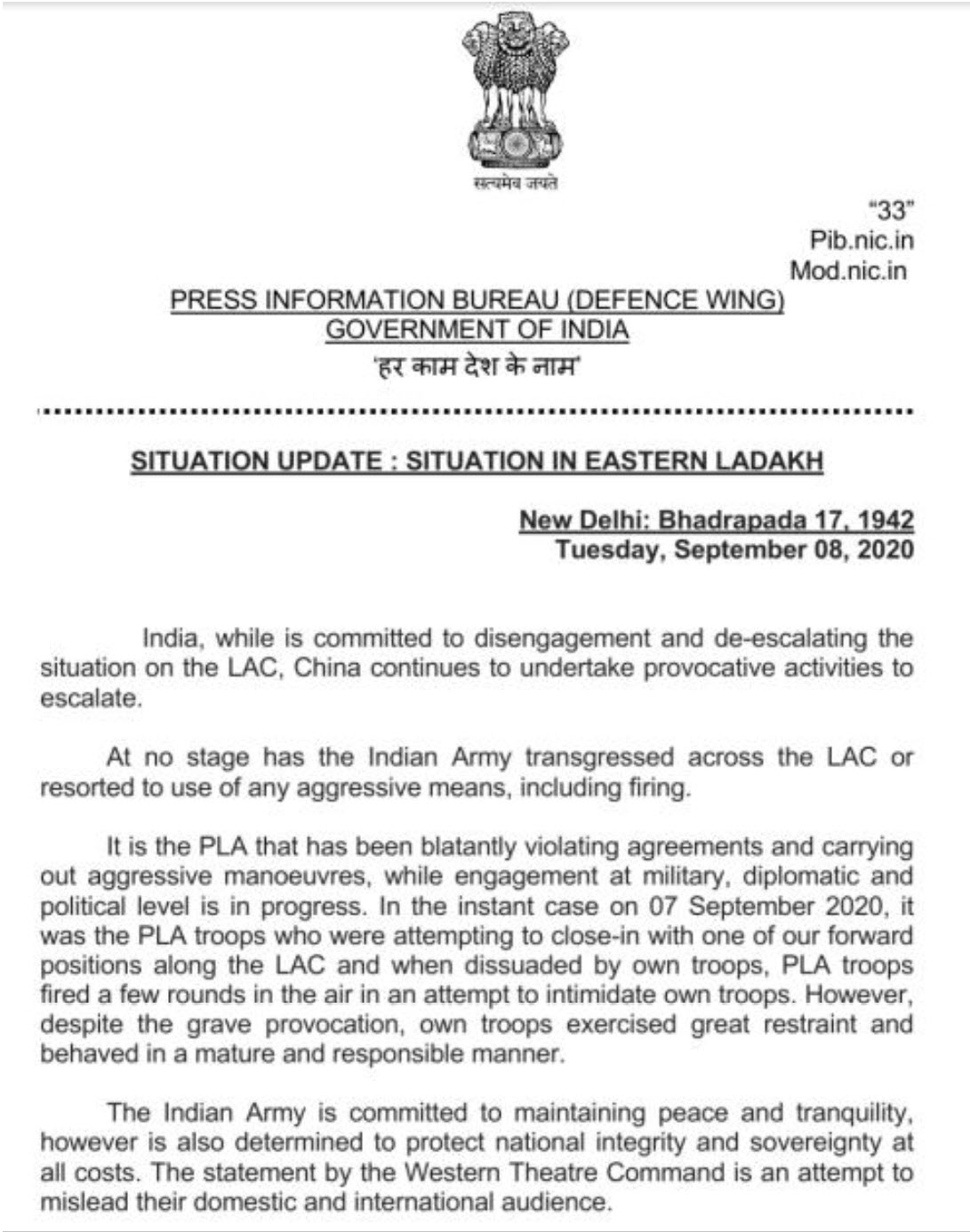 China claims pretty much the exact opposite:

Beijing charged India with a "severe military provocation" after it claimed Indian troops breached the LAC and entered the Chinese to side. They then "opened fire to threaten the Chinese border defense patrol officers," according to the PLA charge.

An Al Jazeera correspondent in Beijing reports that "According to the Chinese side, Chinese troops approached the India side for negotiations, and then they say some Indian troops fired at the Chinese side."

A series of high level military to military talks have thus far prevented this type of escalation since the June 15 incident which saw the rival sides clash in hand-to-hand combat, resulting in 20 Indian troop deaths and a presumed unknown number of PLA casualties.

But these talks appear to be unraveling, also as China's state-run English newspaper, Global Times, issues its account of what happened on Monday:

Indian troops again illegally crossed the Line of Actual Control (LAC) into the Shenpao mountain region near the south bank of Pangong Tso Lake on Monday. They then outrageously fired warning shots at Chinese border patrol troops who came to negotiate, and Chinese border patrol troops were forced to take measures to stabilize the area, a spokesperson of the Chinese People's Liberation Army (PLA) Western Theater Command said early Tuesday.

Nationalist forces in India should think twice that if the Chinese and Indian armies change their agreement of handling friction along the border area to prioritize the use of gun, then what use of them seizing two commanding heights on the south bank of Pangong Tso Lake? Does commanding height make sense in modern military conflict? Between Indian and China, which country has more weaponry and which country has bigger military budget, can't Indians count out?

New Delhi immediately threw the accusation back, denying that its own troops carried out the aggression, instead blaming China.

"It is the PLA that has been blatantly violating agreements and carrying out aggressive maneuvers," the Indian army said Tuesday in an official statement.

"Despite the grave provocation, (our) own troops exercised great restraint and behaved in a mature and responsible manner," the army added.

When YOU read a story here, the web hosting company charges us for "data transfer / Bandwidth" to convey the material to you.  Without your help by clicking an ad below, this web site would be in danger of shut down from the data transfer charges.  Please click any ad below to offset the cost of bringing this news to you. If you're using an Ad Blocker or a Browser like BRAVE, please turn off the ad blocking for just a second to click an ad.