Side Blown Out of LaPalma Volcano 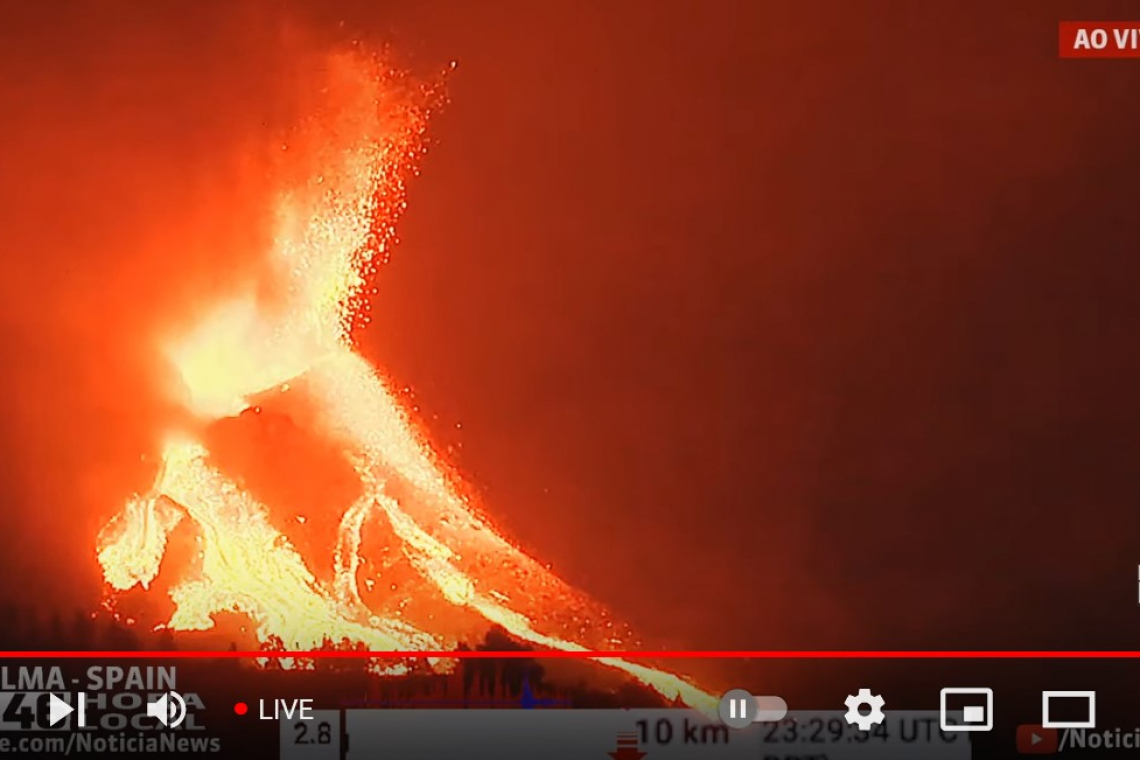 The left (northwest) side of the volcano which is erupting on the island of LaPalma, in the Canary Islands, Atlantic Ocean, off the northwest coast of Africa, BLEW OUT at about 9:00 PM eastern US time on Sunday night.

A 56 second time-lapse of the 15 minute event, appears below.  The eruption which began September 10 is getting very much worse.

Here's the side blow-out video:

To give you an idea of how stunning this situation actually is, take a look at the photos below.   The left shows the road BEFORE the eruption began.  The right shows THE SAME ROAD, after 20 days of eruption! 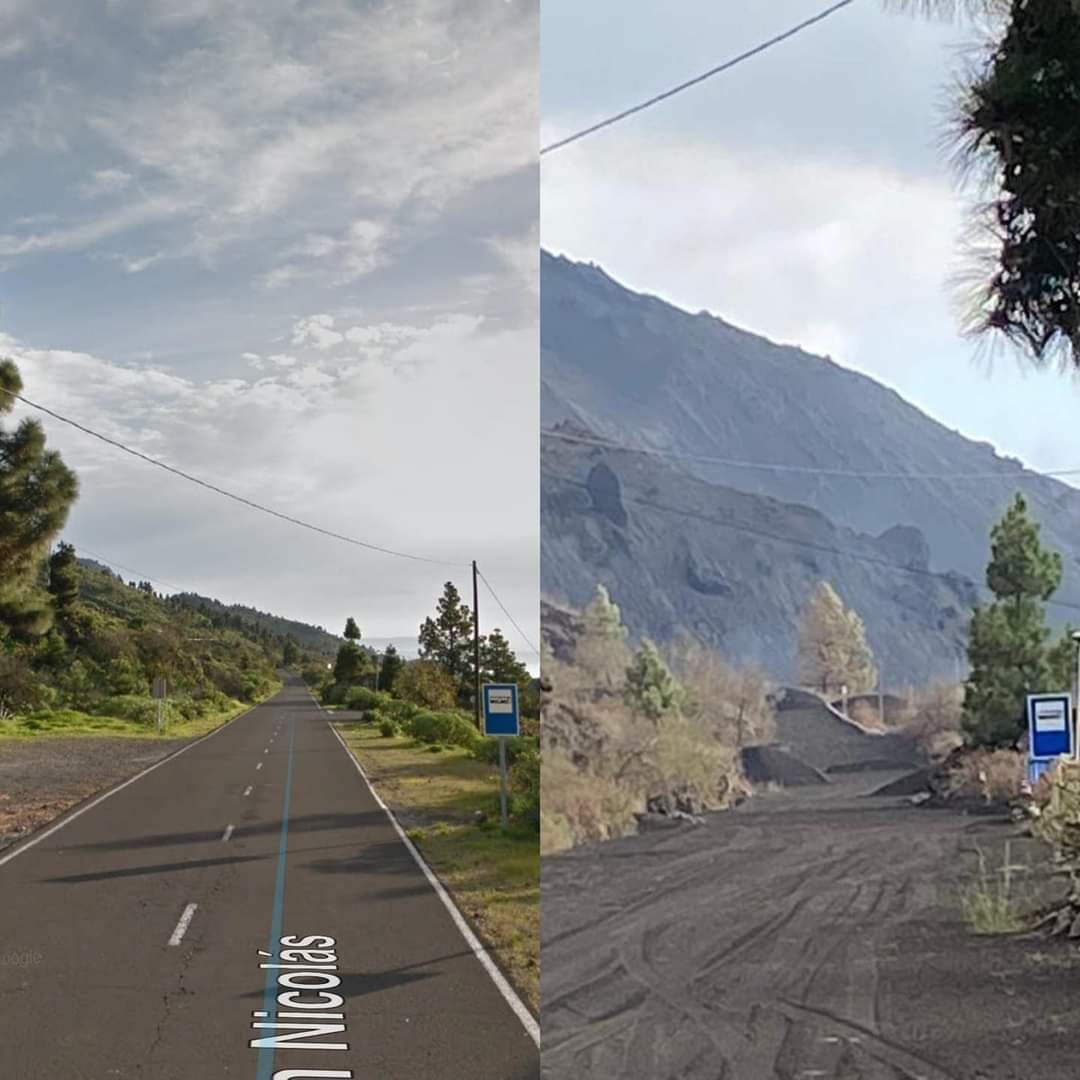 This is a far worse eruption than scientists ever predicted and, sadly, there is great danger for folks in the US and CANADA.   This island is home to an unstable land mass the size of the island of Manhattan.   During a previous eruption in 1949, that unstable land mass slid 14 feet toward the ocean, then stopped.   It's just hanging there.

If the present volcanic eruption shakes sufficiently, or long enough, that Manhattan island size piece of unstable land could resume its slide and go "plop" into the Atlantic Ocean . . . creating a Tsunami that would travel across the Atlantic and rise up along the entire US east coast with 100 foot tall waves coming inland 15-25 miles.

Entire cities would be wiped out.

Residents along the US east coast must keep abreast of developments in order to be able to evacuate in time if a Tsunami is generated.