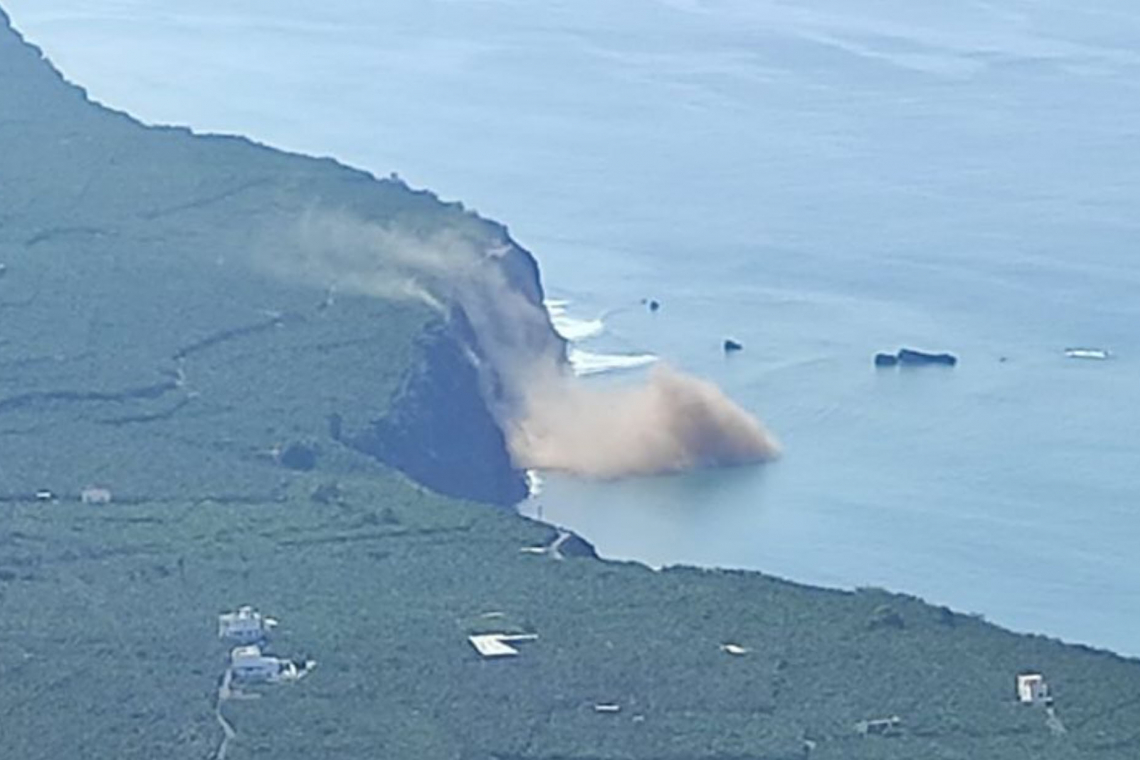 The west coast of the island of La Palma, where a week ago the eruption of a new volcano at Cumbre Vieja began, saw a SMALL, but spectacular, falling of rocks to the sea Sunday morning.

The event occurred at around 12:30 pm local time, on a cliff near the town's port.

There was no earthquake at the time of the landslides, but there have been almost constant volcanic tremors and vibration caused by the massive movement of lava underground.

Video below shows a better view of one of the small, but readily visible, landslides.

The fact that these small landslides are happening is a bad sign.  The fact they are happening on the coastline where there is NO LAVA FLOW, is a much worse sign, because it shows us how unstable the western flank of the island has actually become.

Lava is erupting about mid-altitude on the 6,000 foot tall sloping flank.  Now landslides are happening all the way down at the waters edge.  That might tell a logical person that the entire flank is beginning to shift toward the sea.

If that flank slides into the sea, it will generate s tsunami that can, about 7 hours later, hit the entire US east coast.

The size and duration of that tsunami is open to wide discussion, but the occurrence is not open for discussion.  If the land slides, a tsunami will take place.

Persons on the US east coast should keep very close watch on this situation today, and consider moving inland by 50 to 100 miles, in the event of a large landslide on LaPalma.  Don't wait for authorities to tell you, do ti once you find out a large landslide ahs taken place.

Once authorities start telling the public to relocated, there will be panic and mayhem.  Roads will clog and become almost instantly impassable.

Have you car fueled-up, a "go-bag" with clothes, medicines, canned food and can opener, a map and some place to evacuate to.  Have this done in advance.

You DO NOT want to be one of the "masses" waiting in long lines to get gasoline in your car, or hurrying around looking for what to pack, while the roads fill up making it impossible for YOU to get out.

This video gives a much better view - ground level - of what is starting to take place.   Those rocks are NOT falling off the TOP of the hill, they are being pushed out from twenty to thirty feet BELOW the top.   That means the ground is moving.  This is not good at all!

OK, this is VERY not good.  Cracks are beginning to appear on public roads TO THE SOUTH of the eruption.   It is to the south where the danger of landslide is worst.  These cracks, appearing to the south, and way low on the island, prove the entire landmass which scientists have warned for decades could "slide" into the ocean, is, in fact, moving.

To give readers perspective as to where this is taking place, here is a scalable map from Google: 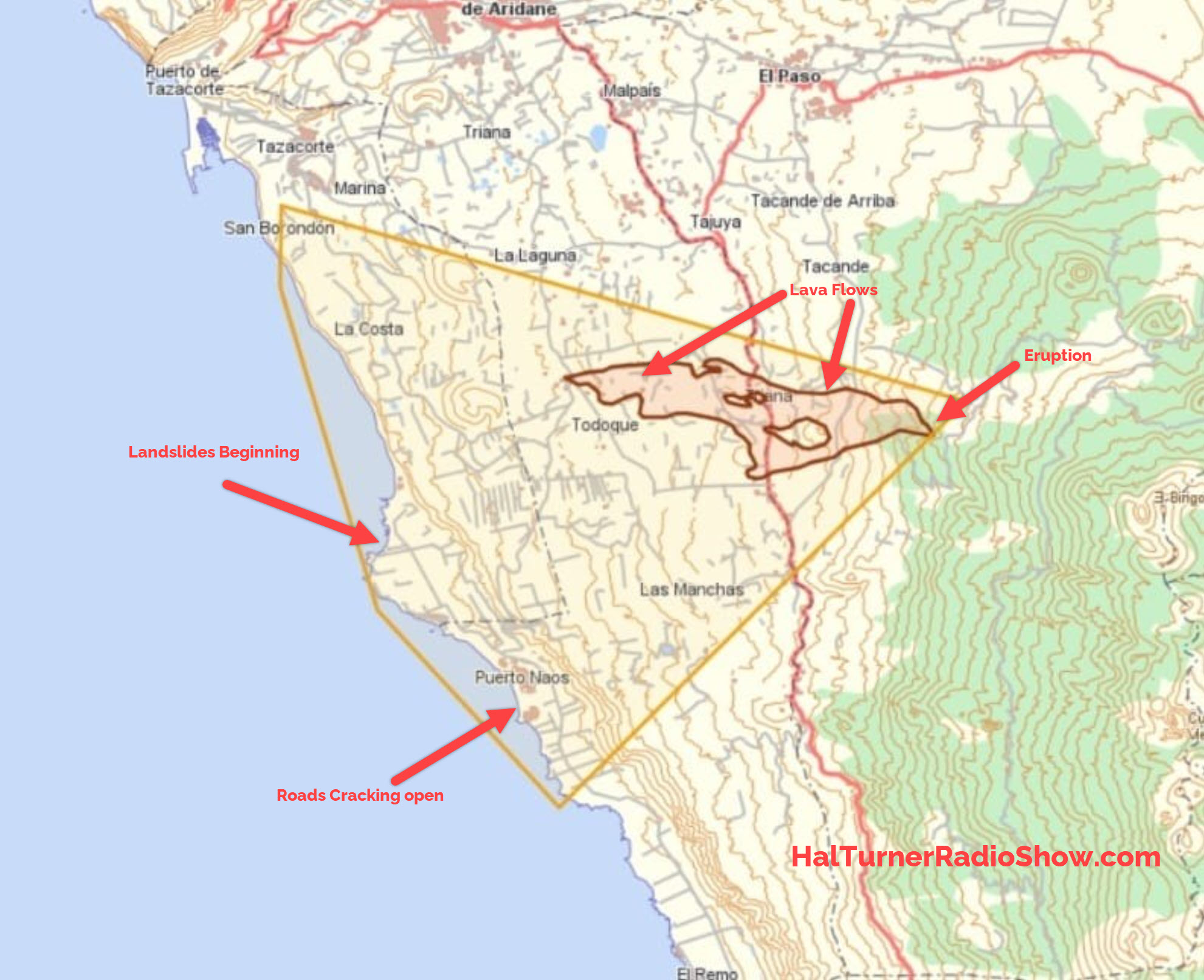 The bell tower AND the Todoque church has fallen to lava flow: