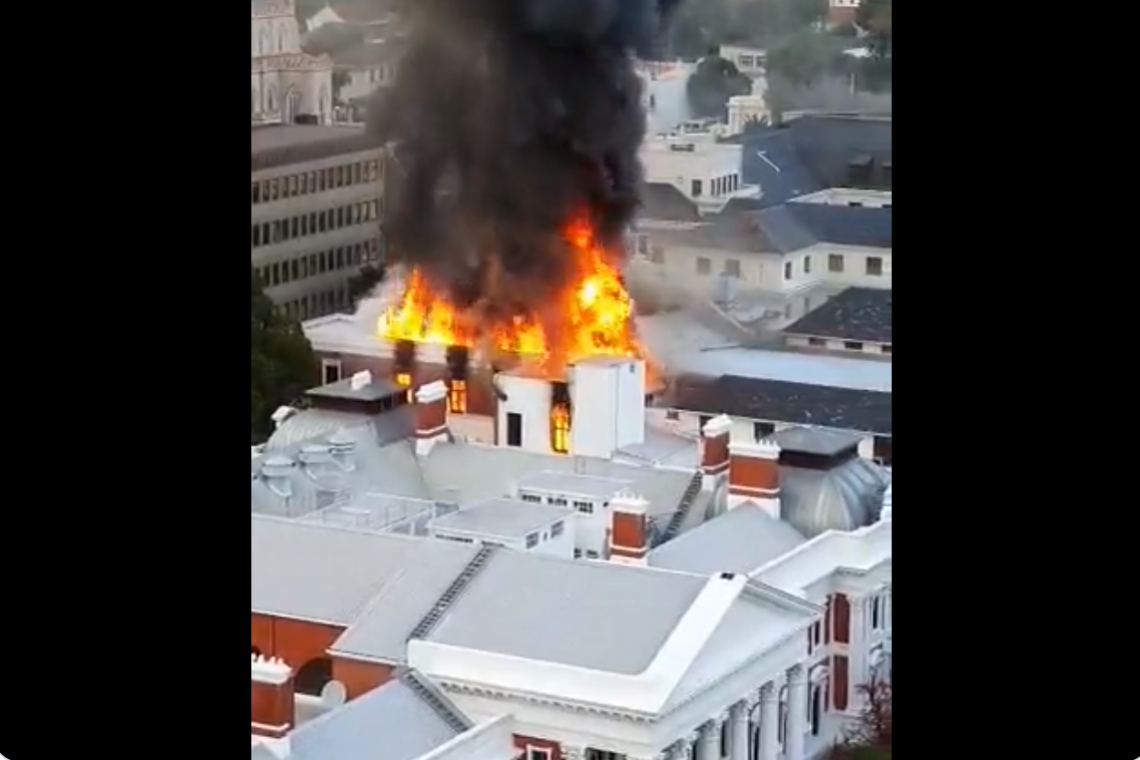 Citizens in South Africa are saying COVID Vax protesters stormed the Parliament Building and set it on fire in two separate places because the mandated COVID vaccine is killing children all over the country.

Officially, authorities "do not know what caused the fires in two separate locations."   Unofficially, the people in South Africa claim the building was deliberately set ablaze because lawmakers mandated the COVID vaccines, which are now killing children with heart attacks, blood clots, and strokes.

Said one citizen "We pleaded with the government to stop these vaccines.  They ignored us.   We brought families who lost both adults and children within a day or two of being vaccinated, to tell their stories and plead for the vaccines to stop.  They still ignored us.  Now, they've gotten their building burned.  Maybe they'll listen now.   If not, the atmosphere in this country seems to be such that no one will be surprised if  people decide to come for the politicians personally."

"The second point of fire is the National Assembly building, which is gutted," Smith said, referring to the building where the Parliament meets. "The structural ceiling has collapsed. The fire staff had to be momentarily withdrawn."

Investigators are still not "officially" sure what caused the blaze.

"They will have to determine how the fire spread from the one blaze to the second blaze," Smith said, "because these are two very distinct areas."

President Cyril Ramaphosa arrived on the scene to inspect the damage on Sunday afternoon.

Parliamentary officials are not aware if the fire destroyed government documents. However, "offices belonging to lawmakers in the African National Congress as well as in two smaller opposition parties — the Good Party and the National Freedom Party — were among those badly damaged," NYTimes said.