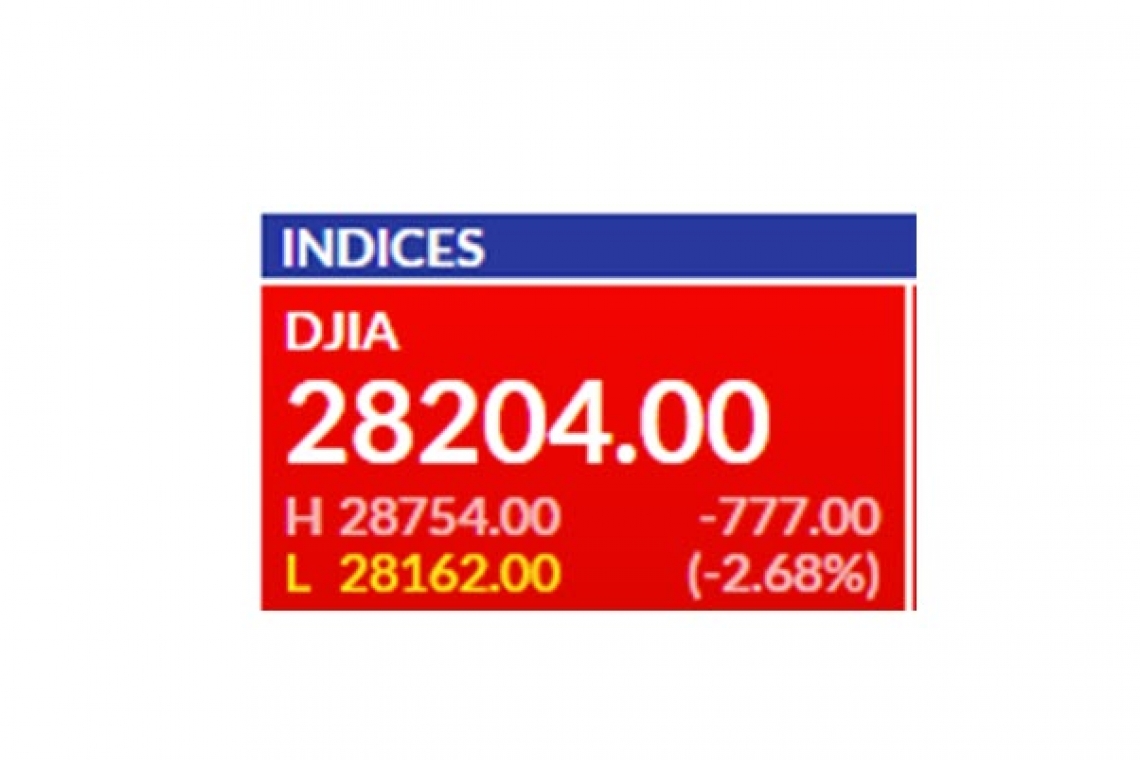 Overnight, stock futures PLUMMETED, worldwide, as the real effect of Coronavirus outbreak begins to be seen by everyone, despite government lies about the number of infected, sick and dead.

As of 6:00 AM eastern US time, the Dow is DOWN 797 points, and ALL other major stock markets are falling:

Overseas, in Europe and in Germany (DAX) the same plummet:

In Japan,  the Nikkei, too:

On Saturday, I reported this was the last normal weekend for the world, and that things were going to go very bad, very fast this week (HERE).  It has begun. . .