Stop Lending to the US Federal Government Now because by 2024, Every Cent of Debt Issuance will be to service Interest 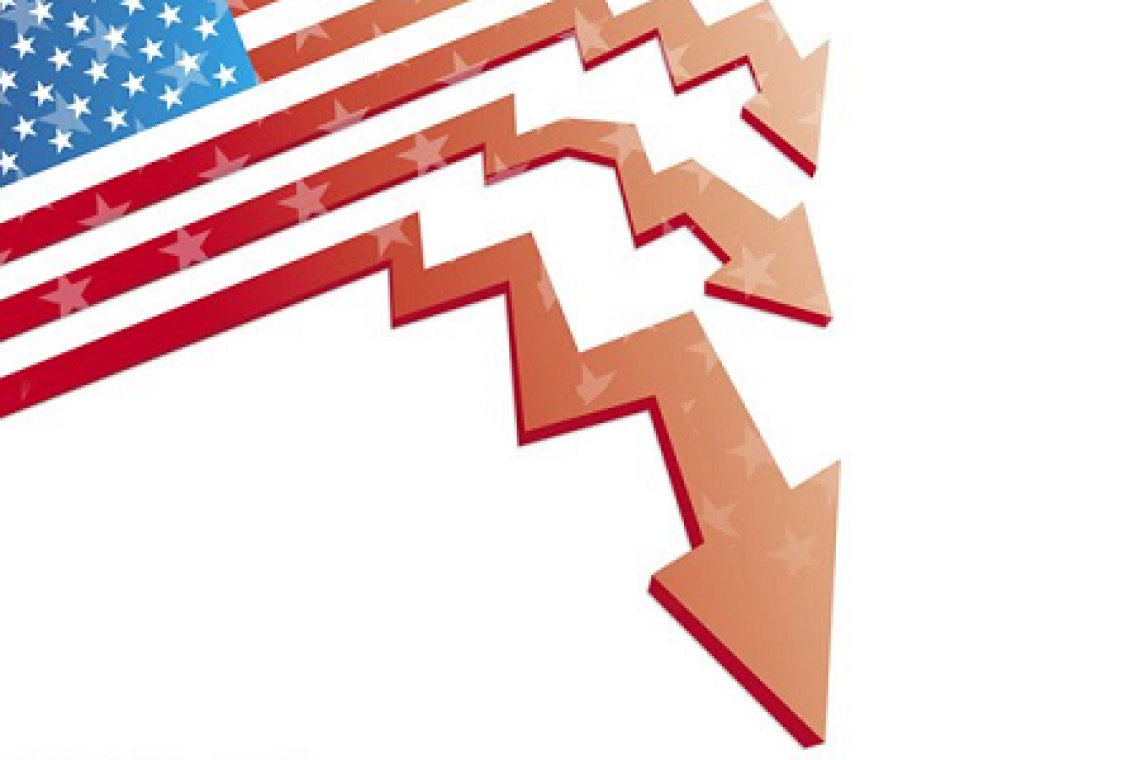 If you do business with the federal government of the United States, and they owe you money, you are well advised to STOP doing business with them as soon as possible because they are literally 4 years away from absolute, unavoidable, complete, total, Bankruptcy.

While it is common knowledge that the US budget deficit is soaring even though the US economy is allegedly growing at a brisk, mid-2% pace (and yet the Fed is about to cut rates), resulting in recurring bond trader nightmares about funding the growing twin US deficits (Budget and Current Account), what few people know is the increasingly ominous composition of this budget deficit.

When looking at the US 'income statement', most concerning by far is that for the first four months of fiscal year 2019, interest payments on the U.S. national debt hit $221 billion, 9% more than in the same five-month period last year, with the rate of increase breathtaking (see chart below). As a reminder, according to the Treasury's conservative budget estimates, interest on the U.S. public debt is on track to reach a record $591 billion this fiscal year, more than the entire budget deficit in FY 2014 ($483 BN) or FY 2015 ($439 BN), and equates to almost 3% of estimated GDP, the highest percentage since 2011. In fact, as of June 30, US interest had already surpassed $600 billion. 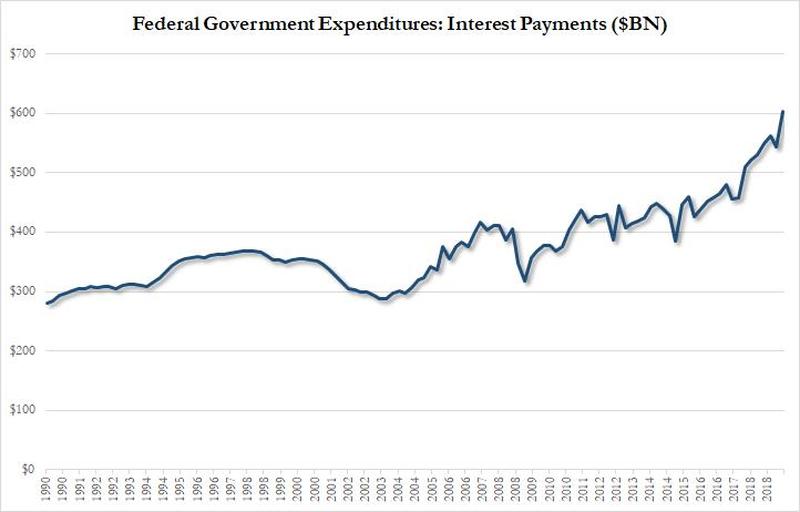 It only gets worse from there.

As part of today's Treasury Presentation to the Treasury Borrowing Advisory Committee, there is a chart showing the Office Of Debt Management's forecast for annual US debt issuance, broken down between its three component uses of funds: Primary Deficit, Net Interest Expense, and "Other."

That chart is troubling because while in 2019 and 2020 surging US interest expense is roughly matched by the other deficit components in the US budget, these gradually taper off by 2024, and in fact in 2025 become a source of budget surplus (we won't be holding our breath).

What is the real red flag is that starting in 2024, when the primary deficit drops to zero according to the latest projections, all US debt issuance will be used to fund the US net interest expense, which depending on the prevailing interest rate between now and then will be anywhere between $700 billion and $1.2 trillion or more. 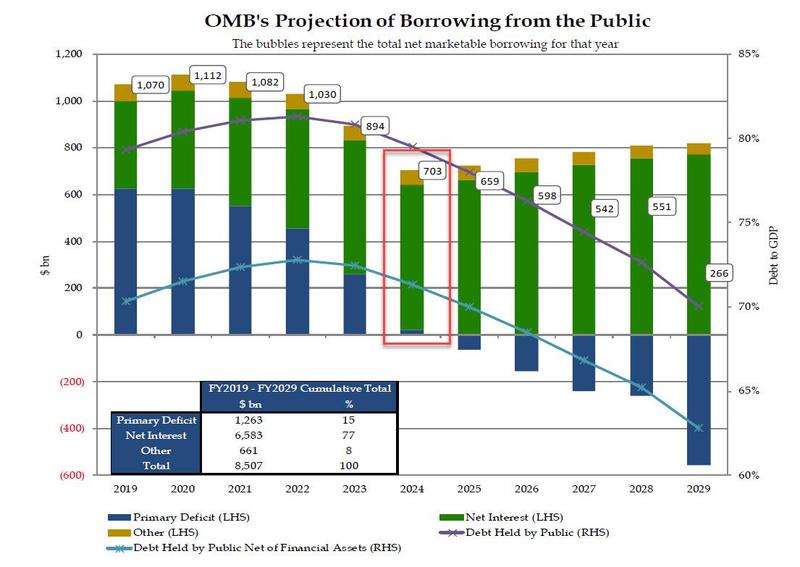 In short: in the stylized cycle of the US "Minsky Moment", the US will enter the penultimate, Ponzi Finance, phase - the one in which all the new debt issuance is used to fund only interest on the debt - some time around in 2024.

Minsky Moment refers to the onset of a market collapse brought on by the reckless speculative activity that defines an unsustainable bullish period. Minsky Moment is named after economist Hyman Minsky and defines the point in time where the sudden decline in market sentiment inevitably leads to a market crash.

From that point on, every incremental increase in interest rates, which will eventually happen simply due to rising inflation expectations, will merely accelerate the ponzi process, whereby even more debt is sold just to fund the rising interest on the debt, requiring even more debt issuance, and so on, until finally the "Minsky Moment" arrives.

At that point, while we don't know yet what the next global reserve currency - either fiat, hard, or digital - after the US dollar will be, we urge readers to own a whole lot of it.  Either that or have ownership AND POSSESSION of items which hold their value within themselves: Gold, Silver, Diamonds, etc.