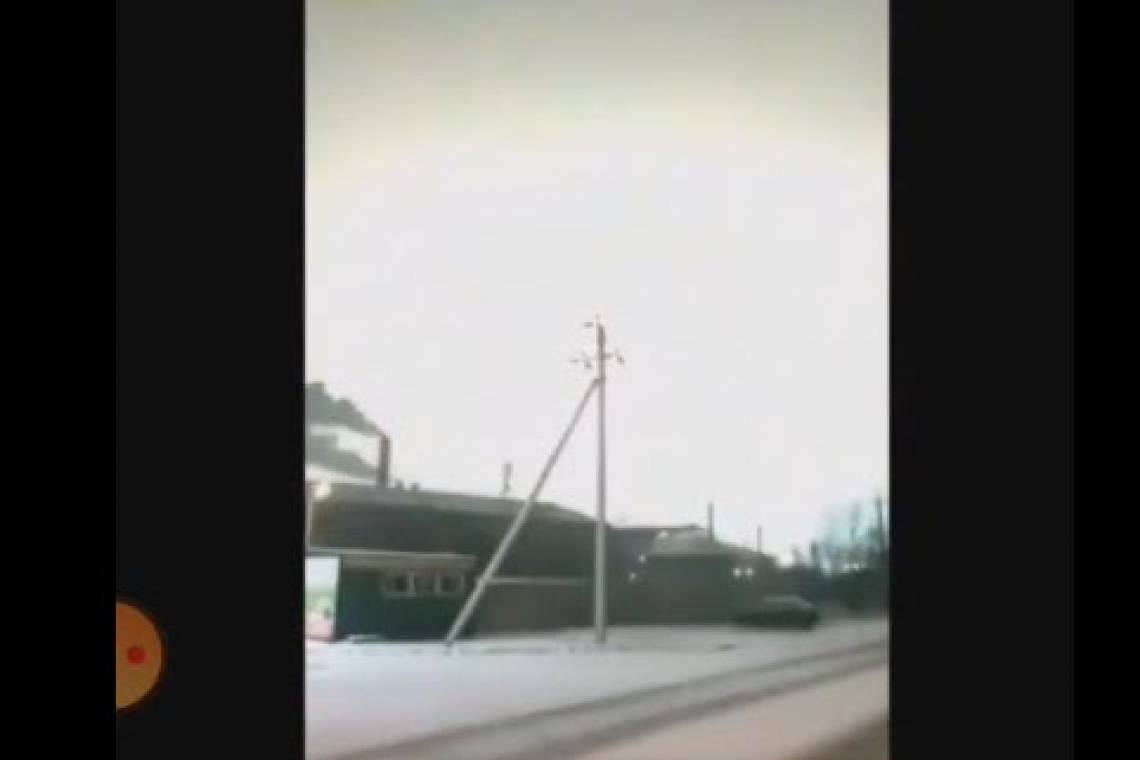 This video in from Kazakhstan last night.   It shows a strange pulsating light emanating from very high in the sky, flashing blue and other colors before bursting into a gigantic, "bright white light" which then killed the electrical grid for a little bit.

First, here's a map to show you where Kazakhstan actually is:

The first 10 seconds or so are terribly jumbled as the person trying to take the video ran with his phone to get to a position to see what was taking place.  Once the image stabilizes, things get freaky outside.  NOTE:  When the screen goes BLANK, that's not the end of the video, its total blackness outside!   Then a few seconds later, SOME lights come back on:

At first, I wondered if this was some type of solar-related magnetic disturbance, akin to northern lights.  But it seemed to me that something went MAJOR-LEAGUE bad causing really weird sounds.  I'm not sure if those sounds were coming from a car radio or were coming down from the sky itself?  As the light flashes increase, they culminate in a blinding white flash; that one might see if a nuclear device had detonated .  .  . but I do NOT think it was that.

Yet, whatever it was completely took out the electric grid in the area for several seconds.  ALL LIGHTS were out.

The whole thing is weird.