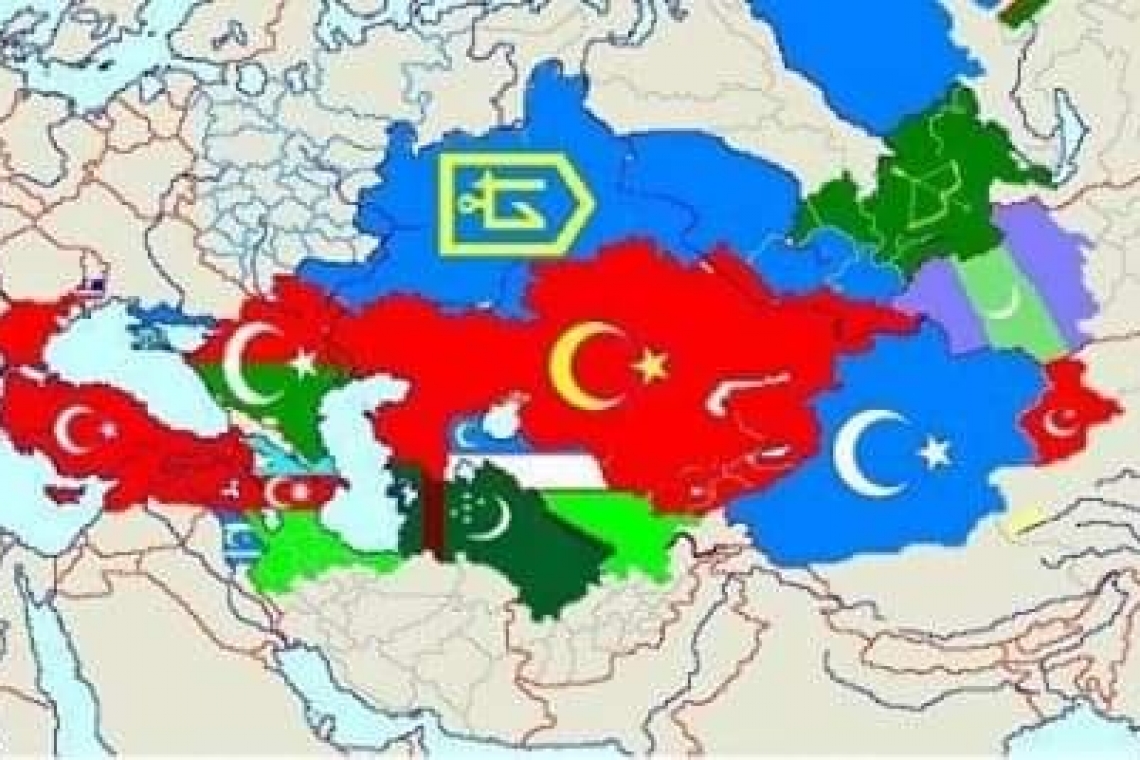 Turkish Defense Minister Hulusi Akar has announced to the world, Turkey's intent to form a "Turkish United States" and made clear "We will only take what belongs to us."

What is it they see as "theirs?"  parts of Greece (all of the Aegean plus the whole of N. Greece), Bulgaria, Syria, Iraq, Iran, and more!

Turkey launched the biggest geopolitical intervention in its political history with the ‘Peace Spring Operation.’ …That entire corridor spanning the Iranian border and the Mediterranean is going to be purged. A Turkey zone, a peace zone, is going to be built there,” says Turkish columnist Ibrahim Karagül.

If you look at a map of the Middle East, the “corridor” they are going to “purge” includes Syria, Iraq, Kuwait, Lebanon, Jordan, and Israel.

Here is the DIRECT LINK to the Defense Minister's announcement

Bulgaria is no stranger to war. In 1912-13 they whooped the Turks asses in the remaining Balkan territories. One massive battle in what is now northern Greece saw a huge loss of life for the Turks.

The Turks also seemed to enjoy committing genocide against Armenians in the past.  This new declaration by Turkey could give Armenia a chance at payback.

Seems to me everyone knew Turk President Recypt Erdogan was a fascist dictatorial asshole and by us removing our troops it allows him to show his true colors and for the US and the world to finally treat him how he needs to be treated.

In the past we were allies and couldn't do anything. Also, our nukes there gives us a really good excuse to intervene at some point down the road.

And that quote from one of his ministers "we will only take what belongs to us"... well, just about everything "belonged" to them when they were the Ottoman Empire... so if this is really their thought, this isn't going to end any time soon.

It also looks very much like the Turks have tacit Russian and U.S. support for this move.

Perhaps the US and Russia are just giving Erdogan enough rope to hang himself.  That remains to be seen.

What is becoming crystal clear, however, is there's a new Hitleresque character on the global scene: Recypt Tayyip Erdogan.

Some folks interpret portions of the Bible to warn that Turkey is "the seat of Satan."  If true, perhaps Erdogan is the anti Christ?   Interesting possibility to ponder.

No word from the US or European mass-media about this latest grandiose apparent egomaniac announcing his plans to take what belongs to them. . .

I will be discussing this with my former colleagues from the Intelligence Community throughout today.  This is big; and it's dangerous.  I will provide you with all the latest during my LIVE radio show broadcast from here in New York City, tonight from 9:00-11:00 PM on WBCQ on 7.490 or 5.130, WRMI on 9.455 and KYAH 540-AM in Utah.   You can listen via radio or right here on the net using the LISTEN ONLINE links in the menu bar above.  Be advised THOSE LINKS DO NOT GO ACTIVE UNTIL ABOUT 1 HOUR BEFORE THE SHOW STARTS. During that hour, they stream commercial free music until my show begins.

Erdogan JUST NOW:
• Vows to continue the Syria operation until clearing 32km deep zone from Manbij to Iraqi border
• Rejects mediation efforts categorically as “negotiating with terrorists”
• Calls YPG to leave the safe zone with their weapons to end the operation

President Erdogan says he will not be meeting US VP Pence or Secretary of State Pompeo when they travel to Turkey tomorrow. Instead they’ll be meeting their Turkish counterparts.

“When Donald Trump comes here I will talk to him,” Turkey’s president said.

Erdogan also says the US decision to charge Turkish lender Halkbank with fraud and evasion of Iran Sanctions/Money Laundering  is an “illegal, ugly” step."