The Truth Slips Out: Head of Ukraine Intel Admits Covert Deployment of Army in December for War against Donbas 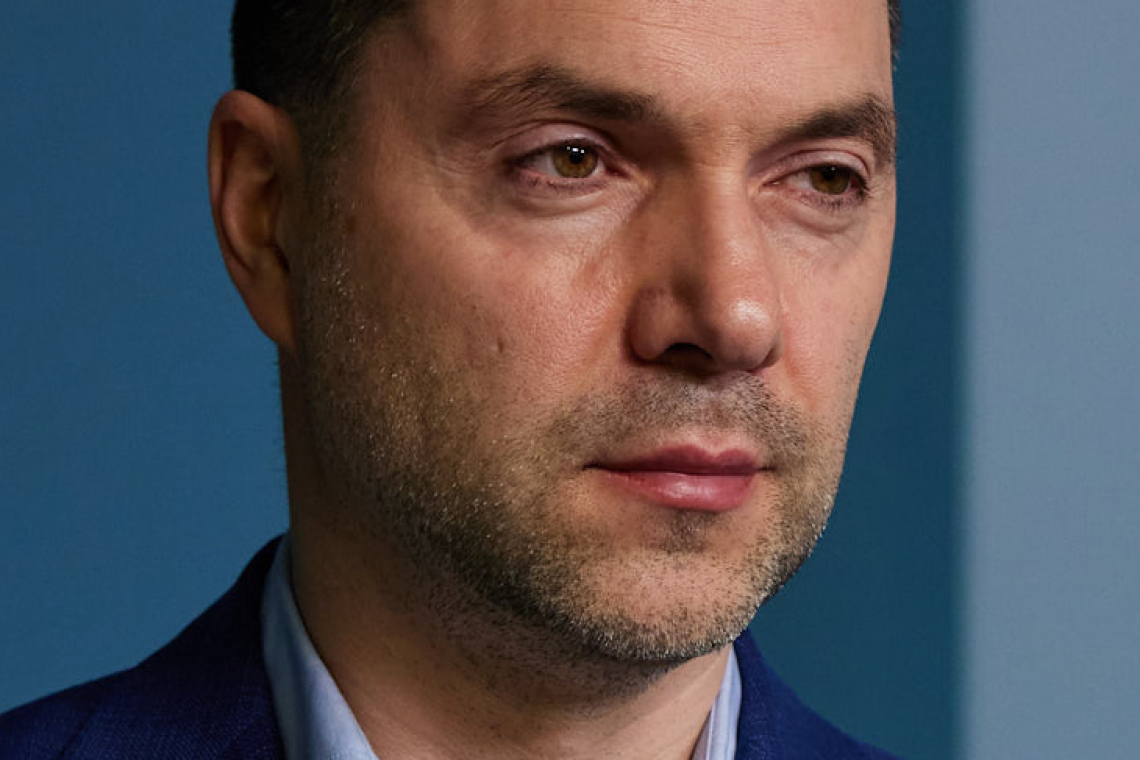 The truth has slipped out about what Ukraine intended for the Donbas region, and it comes from the mouth of Oleksiy Arestovych, Advisor to the Head of the Office of the President of Ukraine.

On TV, Arestovych admits Ukraine deployed its Army in December -- under the GUISE of an "exercise - but was actually preparing to launch full scale war against the civilians in The Donbas (Luhansk and Donetsk).   Here's the video with English sub-titles:

The three MOST IMPORTANT FACTS about the war in Ukraine -

#1 - The war was started by the USA in 2014, when they paid to foment, incite, and facilitate the overthrow of then-President Viktor Yanukovich.

#2 - There was a MAJOR military offensive planned by US/Ukraine Nazis for the first week of March 2022 that would have directly attacked all major cities of the Donbass Republics. It would have been genocide, with tens or hundreds of thousands of civilian deaths.

#3 - It was only Russia's Operation Z military intervention that prevented the massacre.

Russia's entry into Ukraine at the end of February stopped the planned invasion just a week or so before it was to begin.

At the time, Russia told the world their intelligence agencies had solid intel that Ukraine was going to attack the Donbass and slaughter much of the civilian population there.   Ukraine called those claims "false" but now, on August 14, 2022, with the war 6 months old, we now see who was lying: Ukraine.   And this truth comes out of the mouth of the Advisor to the Office of President of Ukraine, so this is not some low level flunky.

# RE: The Truth Slips Out: Head of Ukraine Intel Admits Covert Deployment of Army in December for War against Donbas — Paul Kurzlee 2022-08-15 13:20
So now this creep is on here admitting to what most thinking people knew all along. Or at least suspected. Then a couple weeks ago we saw porky on here admitting the minsk deals were just to buy some time. Seems all these men are now stepping up and saying these things. It seems to me that since they have seen how the Putin REFUSES to do anything about any of their provocations they just do it now to rub Russia's face in it. Because the Putin is too chickenshit to do something about it. The whole world knows the useless prick won't stand up and hit them back like he promised to so many times. The Putin is just a liar. Even when these scum go on the net and brag about it The Putin just sits there and does NOTHING to them. Useless POS.
+1 # They would not have done this on their own — Man of the Atom 2022-08-15 02:24
I have NO doubt they got a green light from someone in that den of corruption.

Sounds to me like a lot of treasonous activity going on that needs to be dealt with.

How about an international war crime tribunal against a lot of US politicians?

Keep it coming Hal.
+7 # RE: The Truth Slips Out: Head of Ukraine Intel Admits Covert Deployment of Army in December for War against Donbas — Ike1 2022-08-14 21:04
Good work Hal. Its great to see someone publicising the truth and not bullshitting us like the politicians and the MSM
+9 # "Ever Put Your Ear To The Tiolet After Dropping A Load?" — t.n.kuss@hotmail.com 2022-08-14 19:06
Oleksiy Arestovych, Advisor to the Head of the Office of the President of Ukraine," is "Nothing More Than A Load Of Shit In A Toilet." Fact is "The Whole Ukraine Government Too Is A Load Of Shit" and "OUR COMMUNIST CONGRESS AND PRESIDENT GAVE THEM NOT ONLY ALL OF YOUR CURRENT TAX MONIES BUT ALSO MANY FUTURE GENERATIONS OF OUR MONIES LETTING AMERICA FALL APART WHILE ENRICHING THE UKRAINIAN FAT CATS AS WELL THE MANY PAYBACKS AND KICK-BACKS TOO OUR COMMUNIST PRESIDENT & CONGRESS!"
+2 # No — Pioneer 2022-08-14 19:59
I have not...
+5 # They’re All — Forrest Mosby 2022-08-14 19:02
Punks
+3 # Crimea — carlireland34@gmail.com 2022-08-14 17:17
As the Hal reports of the USA rebuilding schools prior to 2014 showed - denying Russia a warm water port was the strategic aim. Stopping water and electricity to Crimea did not work - so an attack on the civilian population of Donbas was planned for Spring 2022.

After Russia retook Crimea the USA-UK concentrated on building their own ports and airfields near Odessa,
Hence the warning to Zelenski - lose Slaviansk (allowing Russia to advance on Odessa) and we will defund you.
+19 # The Truth Like... — MREnsign 2022-08-14 17:10
The Truth like cream eventually rises to the top despite the constant flow of fake news and propaganda. Thank God for the Russian intervention to save the massacre of hundreds of thousands of innocent civilians by the Nazi forces in the Donbas.
+4 # He's quite the talker. — almachius 2022-08-14 17:05
He's none too loving about the Ukranian people neither.
https://southfront.org/zelenskys-adviser-there-are-no-normal-people-in-ukraine-they-are-stupid-brainless-manipulated/
Refresh comments list
RSS feed for comments to this post
JComments
by sur.ly
100% Trusted Informational Platform Website 2021