Troops From Poland and Belarus CLASH Along Border 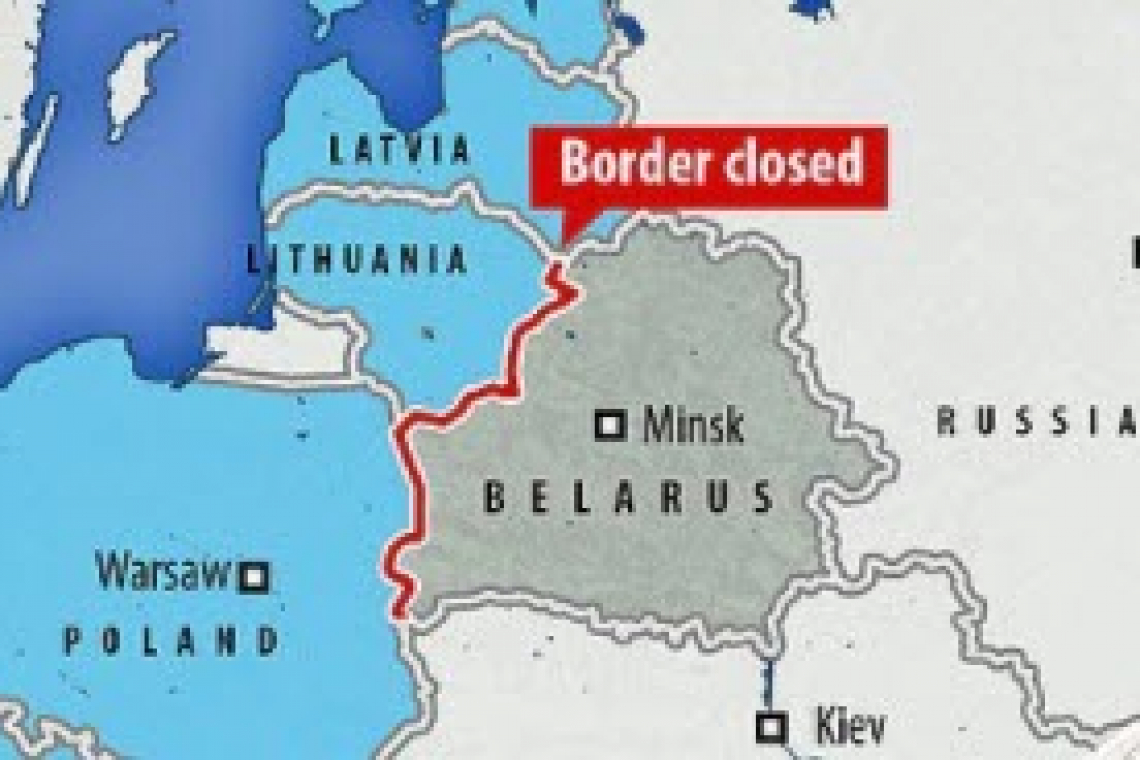 Multiple reports are coming in as of this morning indicating Army troops from Poland have engaged in skirmishes with Army troops from Belarus as both Armies guard their respective (closed) Borders.

According to sources on the ground in Poland, there have been verbal tit-for-tats for the past couple weeks, and today, they got physical.

No one is saying who did what to whom, but troops from both Poland and from Belarus "swarmed" as fist fights broke out.

Boys will be Boys; a couple of fist fights amount to nothing in the grand scheme of things.  Yet it does hint at the feelings between Pro-Russia Belarus and Pro-NATO Poland.

Things on the ground are starting to fester and ferment in _other countries_ because of the Ukraine situation.

Belarus closed its border with Poland because as Ukraine massed troops on the western borders of Luhansk and Donetsk, Russia began massing troops on the eastern border of those two breakaway oblasts (states); which coincidentally happens to also be the Russian border.

As NATO began sticking its nose in Ukraine affairs - even though Ukraine is NOT a member of NATO - it was NATO who asked Poland to begin moving troops eastward toward the Polish border with Belarus.

Poland did, in fact, begin moving troops toward it's border with Belarus.  In response, Belarus opened its military bases to be shared with the Russian Army and began moving Belarus troops toward the border of Poland.

That was all within the past two weeks.

Now, with masses of troops along the border, the strong young men of each military, naturally full of piss and vinegar,  surrounded by armor and artillery and holding loaded guns, are getting uppity.

This is how REAL trouble starts.  And all any of the political class have to do to make sure things get worse, is . . . let them sit there; and nature will take its course.

Make no mistake, the political class of the West is fixin for a fight with Russia.  Ukraine is just the convenient excuse.

The reason the west is fixing for this fight is simple: The west is literally Bankrupt.  The United States alone is almost thirty TRILLION in debt and can't pay the interest anymore, never mind service the actual underlying debt.

The simplest fix would be to cut spending.  But they can't because the overwhelming majority of spending is on Welfare, Food Stamp-type programs and the underclasses would rise-up and overthrow the political class if those free-bees went away.  If not by an actual violent revolution, then certainly at the Ballot box.

The political class got the idea that starting World War 3 - and making sure it goes nuclear -- solves ALL their problems.

First, they get to remain in power, safe inside their underground bunkers, while the rest of us face explosions, no food supplies, tainted air and water, nuclear fallout, roving bands of savages hunting for whatever they can steal.

Who LIVES in the major cities?   The ones collecting the most welfare, food stamps, utility subsidies, Section 8 Housing, Obama phones, and all the rest of the things the "free shit" crowd gets! ! ! ! ! ! !

So if the political class gets the cities nuked, it not only cuts the welfare rolls (saving money) it gets rid of the very people the political left has been using to cause so much social unrest. The useless eaters are all . . . gone.

With millions in the cities dead, no more welfare expenses, and no more social chaos/riots!

Here's their end game: Unable to pay their debt, the political class get to go to the Bankers and say "Our cities are smashed. Our poor people . . . .(yuck yuck yuck) are dead, we have no possible way to pay you -- you have to forgive our debt."

The bankers, seeing they got their human blood sacrifice, laugh their satanic laugh, forgive the debt and . . . . the whole shit show gets to start all over again for another 75 - 100 years.

The ones who caused it all - the political class -- walk away scot-free (and remain in power) and those who are dead cant say anything about what was done.

They'll pass it all off as "The Great Reset" --- spin the wheel and let History turn all over again.

Only this time, with their COVID genetic modification therapy they're trying to pass-off as a "Vaccine" they'll be able to genetically number each and every survivor and control the herd from the new beginning.  A planet full of digitally numbered, genetically-altered and controlled slaves.

That's what the future holds for you, your children and grandchildren.  That's why all this nonsense has to be confronted and stopped right now.

Better them, than us.

Unless "The People" start rising up right now, things are likely to go very bad.

The fact of the matter is the US has not faced a real super power army in almost 75 years (WWII). The US has been fighting small nations with far les skill and equipment. Those nations were literally nothing compared to Russia.

We are talking about fighting someone with ICBMs...Nuclear Subs...Aircraft Carriers and hypersonic missiles.

People need to understand...the Russian army is not the Taliban or ISIS.

This could end very badly for the USA

Wisdom and cool heads are needed . . . but we have someone with fucking dementia, with the nuclear launch codes!

Wake up America, this crap has to be stopped.