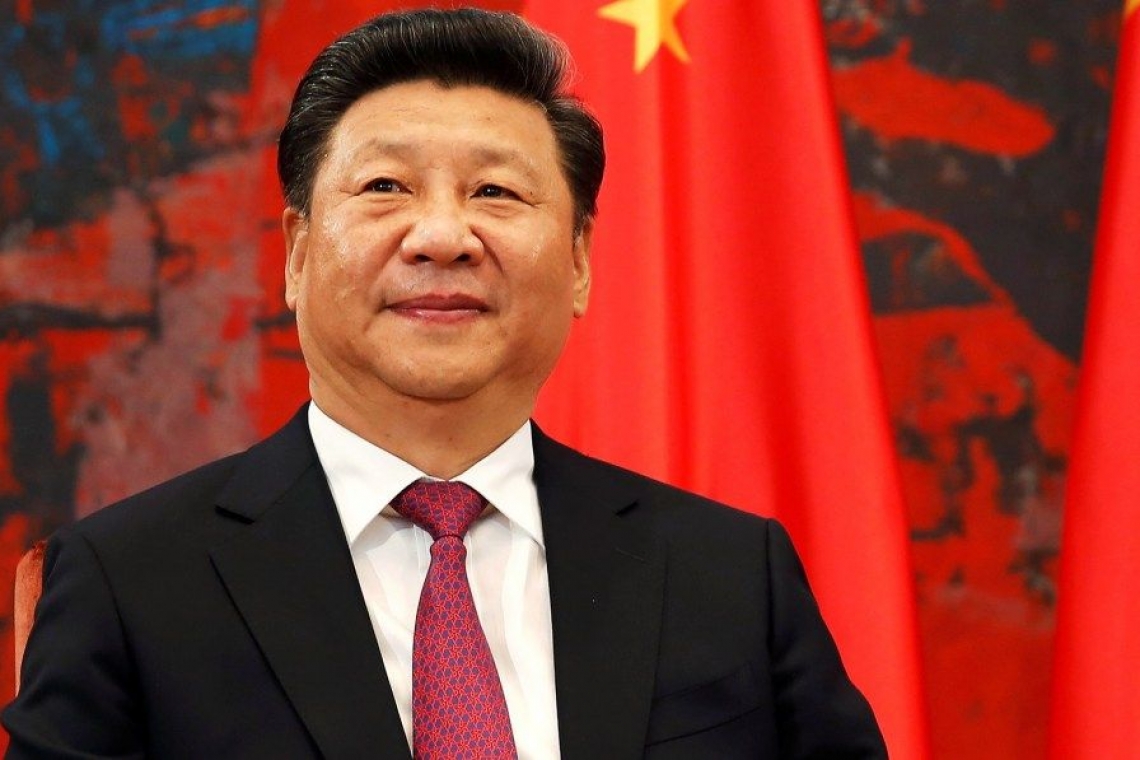 Even as trade tensions continued to heat up, President Donald Trump would make sure to refer to China’s president, Xi Jinping, as his “friend.” On Friday, though, Trump unveiled a new label for his Chinese counterpart: “enemy.”

In one of a series of tweets that rattled markets, the president posed a question to his more than 60 million followers comparing Xi to Federal Reserve Chairman Jerome Powell.

“My only question is, who is our bigger enemy, Jay Powell or Chairman Xi?” Trump wrote.

....My only question is, who is our bigger enemy, Jay Powell or Chairman Xi?

The tweet came shortly after China announced that it will impose 5%-10% tariffs on $75 billion worth of U.S. goods and reinstate duties on American autos. The tariffs will come in two batches, on Sept. 1 and Dec. 15, which are the same days that Trump’s newest round of tariffs on Chinese goods will go into effect.

The S&P 500 index of large publicly traded companies was down about 1.8% Friday morning after briefly going positive. Trump also said Friday that he had “hereby ordered” U.S. firms to seek an “alternative ” to China.

At first blush, Trump’s comment was striking not for its slam on the communist leader, but for the critique of the American central bank chairman whom Trump himself appointed.

But it also suggests that the president’s personal relationship with Xi, which Trump has touted as the best route to completing a major trade deal uniting the world’s two largest economies, is at a low point.

“President Xi and I have a very strong and personal relationship,” the president wrote in a post on Twitter in December. “He and I are the only two people that can bring about massive and very positive change, on trade and far beyond, between our two great Nations.”

As recently as this month, the president continued to refer to Xi as a friend.

“President Xi is a good man, he’s a friend of mine,” Trump said during a rally in Ohio.

Often, the president makes a point of noting that he does not blame China for what he sees an unfair trade relationship between the two countries.

“And again, I don’t blame President Xi. I blame our past leaders for allowing it to happen,” Trump told reporters in July.

To an extent, Xi has reciprocated. At an economic forum in St. Petersburg, Russia, in June, Xi referred to Trump as his “friend” and said it was “hard to imagine a complete break of the United States from China or of China from the United States,” according to Reuters.

And Trump’s first official state visit to Beijing was a grand affair, labeled by the country a “state visit-plus” that would play up informal meetings between the two leaders.

Their relationship has been met with mixed reviews among experts.

The sad reality, however, is that China -- in fact  -- IS an economic enemy.  While President Trump may have hoped to put a smiling face on this fact with friendly phrases and happy tweets, it seems to many he is now realizing the Chinese have been playing for keeps and they are no friend to US economic interests.  If so, China has over-played its hand; Donald Trump is not like the mealy-mouthed, yellow-bellied, US leaders of the past.  Trump will fight it out. Hard.