Trump Gone Less than a Month and War is Back on the Menu, Boys! ISIS Returns; NATO To announce Increase in Troops into Iraq . . . 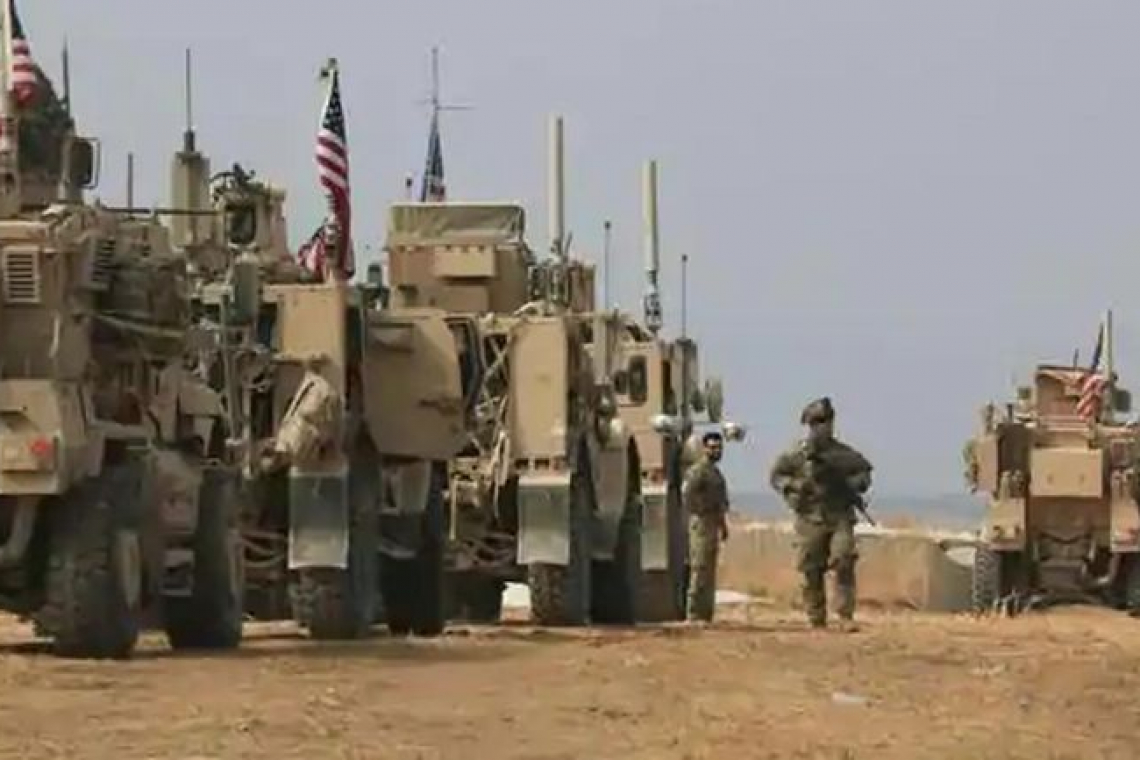 News and Commentary by Hal Turner:

President Donald Trump has been out of office less than a month and WAR seems to be back on the menu for the USA!

Within days after the end of President Trump's term, the Pentagon began sending convoys of US Troops and Armor into Syria from Iraq.

A convoy of US military trucks crossed the Waleed border, entering Syria from Iraq's northern semi-autonomous Kurdistan region. This came after Israeli warplanes fired several missiles towards central Syria. The attack killed a family of four, including two children, and four others were injured.

Now, intel sources tell the Hal Turner Radio Show that very shortly, NATO chief will announce expansion of NATO force in Iraq from 500 to around 4,000.

Those intel sources reveal NATO allies agreed in private meetings Thursday to significantly expand their "training" mission in Iraq, a move that will bolster the alliance’s position in the Middle East and potentially ease demands on U.S. forces in the country.

The non-U.S. NATO mission will grow from its current 500 service members to about 4,000, and its efforts will extend to regions beyond the greater Baghdad area.

NATO has been in Iraq since 2004, when it deployed a small number of advisers who worked with Iraqi security forces both in the country and in neighboring nations.

In 2018, the alliance began its current training mission aimed at helping Iraqi forces prevent a resurgence of the Islamic State group, which a few years earlier controlled large swaths of the country.

As if on que, less than one month after President Trump left office, that old nemesis, "ISIS" has returned!

According to a report published in "The SUN" newspaper, "Ten thousand ISIS fighters poised for new wave of terror after bloodthirsty jihadis exploit Covid to rebuild"

The story goes on to report

"It comes as the RAF has also been called into action to strike at targets in Iraq.

ISIS once controlled a vast swath of territory across Iraq and Syria, seized in terrifying offensive in 2014, culminating in its leader Abu Bakr al-Baghdadi declaring an Islamic Caliphate in a Mosul mosque.

The bloodthirsty jihadis ruled with extreme brutality before a coalition of Kurdish forces backed by western airpower pushed them into their final pocket of territory in Baghouz, Syria in 2018.

But since their apparent defeat, they have been slowly rebuilding, despite the death of Baghdadi at the hands of US special forces.

Now Sirwan Barzani, a commander of the Kurdish Peshmerga forces stationed near the northern city of Erbil, told The Times the terrorists had taken advantage of a lull in operations against them."

Well, well, well.   Donald Trump managed to defeat ISIS and reduce US troops . . . yet less than a month after Dementia-Joe becomes US Commander-in-Thief (by stealing the Presidential Election through voter fraud), suddenly, ISIS is back . . . . and with ten thousand Jihadis! ! ! !

It is plain to see what's being done.

The failed effort to oust Syrian President Bashar Assad, so as to enable Qatar to run a gas pipeline through portions of Syria, to Europe, is back on the menu.

And to make certain that it succeeds this time, after failing under Hillary Clinton's (inept) State Department, and Barack Obama's Community Activist (Ignorant) Presidency, this time, they plan on getting the overthrow done.

They're resurrecting ISIS, bringing in NATO Troops and feeding the Deep-State mass-media stories to plant seeds on the public mind, which will ultimately justify sending troops in to a major Middle East conflagration.

And Major it will be.

A delegation from Germany visited Russian President Vladimir Putin in Moscow over the weekend and discussions swerved into Syria.   According to well placed sources in a position to know, Putin told the German delegation that western plans for Syria "Will result in direct war with Russia."

Putin made clear his nation has expended too much time, blood, and money, restoring the Syrian government; Russia will "not allow" Syria to be wrecked again.

Someone ought to tell that to the NATO Troops being deployed to Iraq, the US Troops being re-deployed into Syria, and the western media which is already lying to the public claiming ISIS is back.

Those bombers have the capability to be nuclear-equipped.

All the pieces are being moved into place for a stunningly major war.