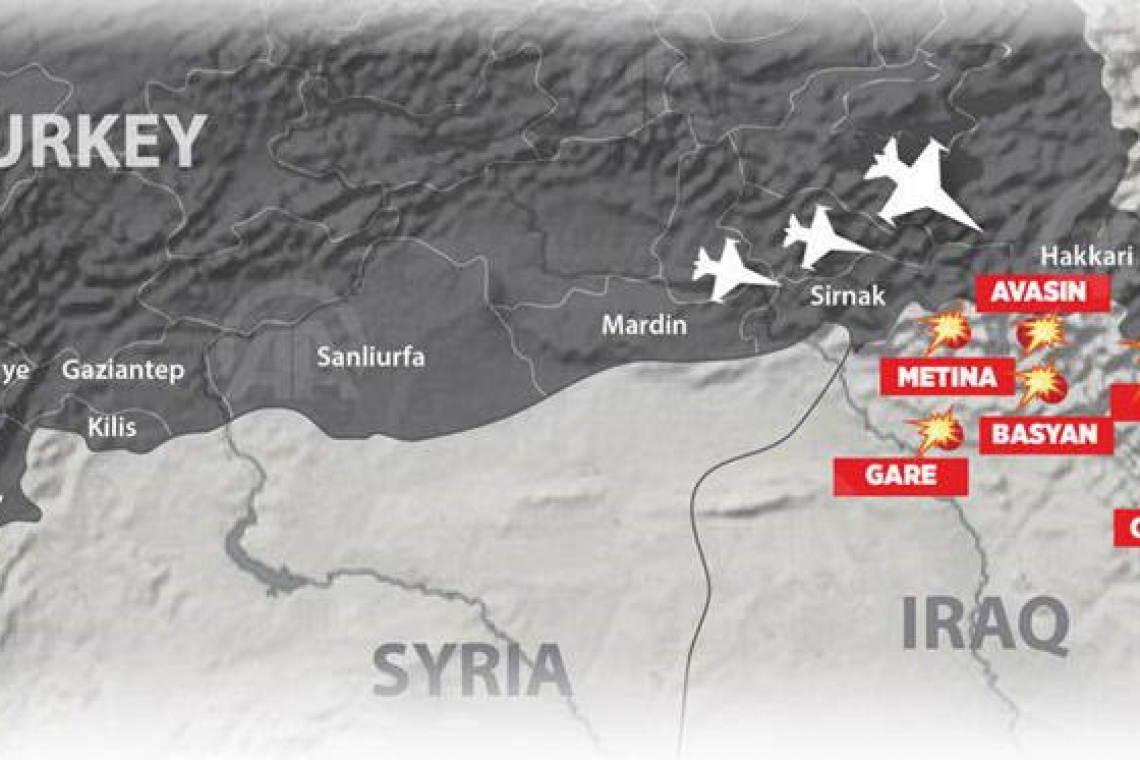 The government of Turkey just announced they have sent troops into northern Iraq.  According to reports from the ground, Turkish forces are bombing, attempting to make helicopter landings, and sending in ground troops, all allegedly to deal with Kurdish "militants."

Turkish military confirms an air attack and then a ground offensive in Iraq’s Zap, Metina, and Avasin Basyan regions in Northern Iraq

This is a new and developing story.