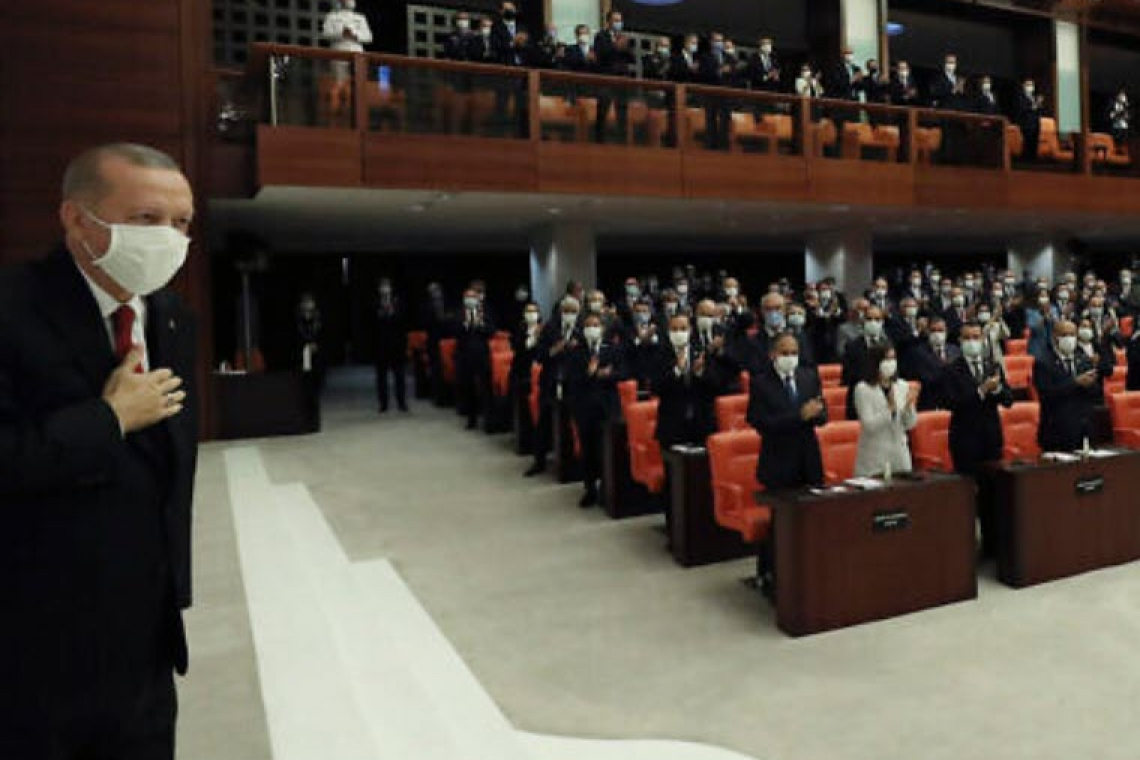 Turkish President Recep Tayyip Erdoğan on Thursday implied that Jerusalem belongs to Turkey, referring to the Ottoman Empire’s control over the city for much of the modern era.

“In this city that we had to leave in tears during the First World War, it is still possible to come across traces of the Ottoman resistance. So Jerusalem is our city, a city from us,” he told Turkish lawmakers during a major policy speech in Ankara. “Our first qibla [direction of prayer in Islam] al-Aqsa and the Dome of the Rock in Jerusalem are the symbolic mosques of our faith. In addition, this city is home to the holy places of Christianity and Judaism.”

The Ottoman Empire ruled over Jerusalem from 1516 to 1917. Modern Turkey, its successor state, has long stressed its enduring connection to the holy city, regularly condemning Israel’s alleged efforts to “judaize” it and the US administration’s December 2017 recognition of it as Israel’s capital.

Jerusalem has been the capital of Israel since the country’s founding, and the Jewish people have thousands of years of history in the city, backed up by extensive archaeological finds.

During a lengthy speech at the opening of the Turkish parliament’s new legislative session, Erdoğan spent several minutes lamenting the fate of Jerusalem and the Palestinians’ plight.

President @RTErdogan: “We consider it an honour on behalf of our country and nation to express the rights of the oppressed Palestinian people on every platform, with whom we have lived for centuries.” pic.twitter.com/yCcfrrc5RY

Erdogan has thus sealed the fate of his country.  Turkey will, in the end, be completely smashed. Obliterated.

Investors presently involved with Turkey would do well to consider the true implications of what this Turkish President has  now publicly said.  A lot of people are telling us they expect money to flow out of Turkey so fast, some of it will leave skid marks!