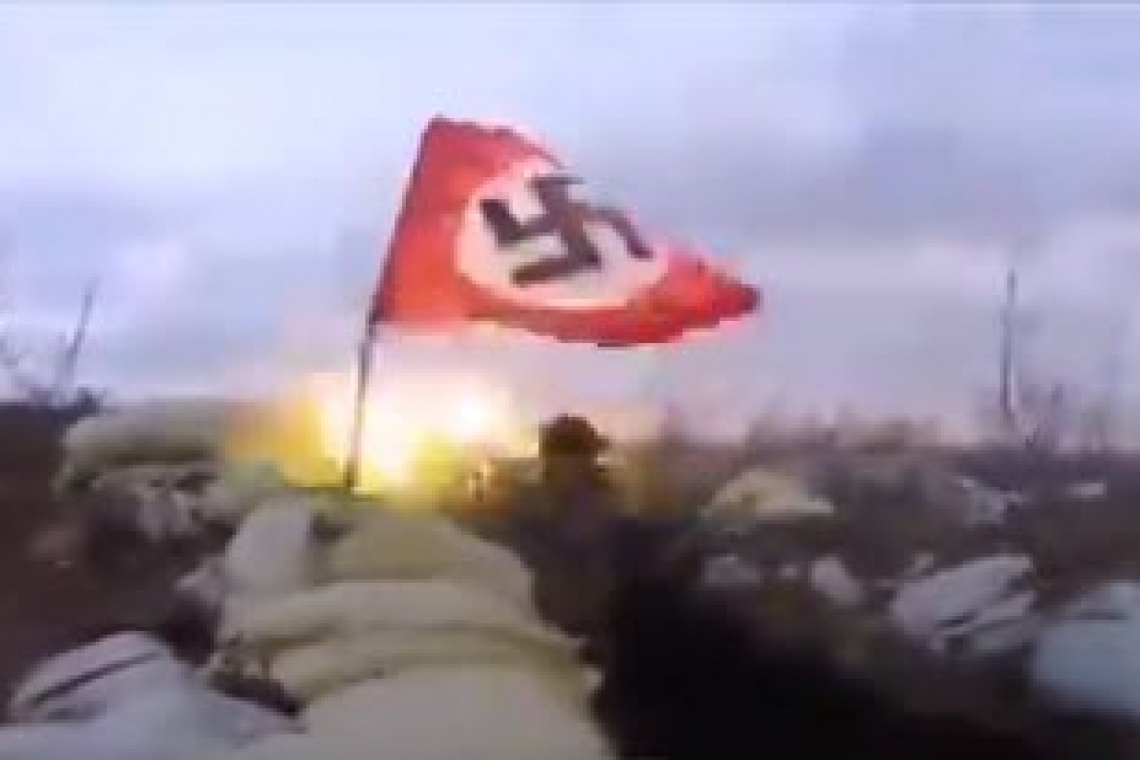 The ugly truth about the situation between Russia and Ukraine has come out in all its outrageous sickness: Ukraine has gone NAZI which is why two eastern states are trying to leave for Russia, and the Ukrainian Capital of Kiev refuses to let them go.  Russia is trying to defend the departing states from the NAZIS in Kiev!

The video below shows a Ukrainian soldier firing his machine gun against the (breakaway) state militia of Donetsk early Sunday, and he is doing so with the NAZI FLAG flying above his firing position.

It is so clear that the Ukrainian Army has gone NAZI, their soldiers even take photos with the Swastika flag proudly displayed:

In the days following the speech, the Federal Council has already been convened so that “urgent orders” expected from the President can be implemented immediately.

This would fit with my much-publicized assessment that any hot war would begin "on or before May 2."

We will just see...BUT...it would be wise to back up all data and have emergency preps and plans in place because the probability of cyber attacks worldwide are very high.

This will be both a kinetic and cyber battlefield that will have a global reach.

From the Line of Contact, local Russian sources report that 105,000 Ukrainian army soldiers are surrounded by Russian forces.

After information about the transfer by Russia of about 87,000 troops to the Ukrainian borders began seeping-out to the Armed Forces of Ukraine (AFU) ---  mass desertions began.

Sergey Markov, a political scientist, general director of the NP "Institute for Political Research", told about this on his Facebook page.

“As soon as information about the real concentration of real Russian troops came out, mass desertions from "the most powerful army in Europe began,” Markov wrote. From the 36th Marine Brigade, stationed near Mariupol, 44 people left without permission, the political scientist said. He noted that, according to experts, only 40% of the personnel of the Ukrainian army are ready to participate in hostilities, argumenti.ru writes.

Ukrainian soldiers have also become so depressed and desperate over the reality that their government has gone NAZI and are positioning to literally ATTACK their own citizens in Luhansk and Donetsk, that they have begun using heavy drugs and COMMITTING SUICIDE with their own machine guns as shown in the video below.

SECOND WARNING: THIS SHOWS THE ACTUAL DEATH IN FULL;  NO EDITING OR CLOUDING OF DEATH IMAGES

This video may not be suitable for certain readers and you are advised right now to use discretion before deciding to watch this.

In other, related news, Ukrainian front lines report sudden loss of GPS signal and massive degradation of radars tracking. This also affects UAV use.  JAMMING is now, clearly, being used: 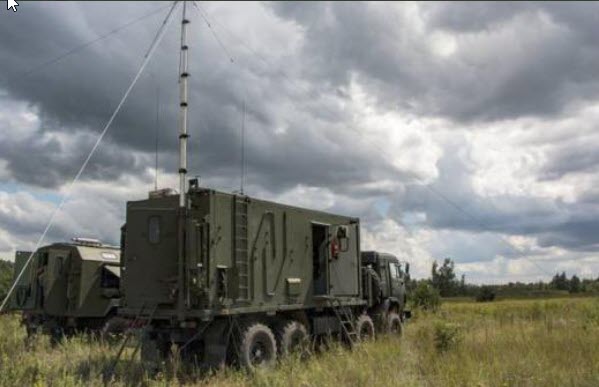 That's usually a sign we are very near the start of hostilities; big parties start with Electromagnetic Storms.

The Russians broke the security perimeter and recorded Ukrainian movements in Mariupol.

In addition, vessels from Russia's Caspian Sea flotilla have arrived in Rostov-on-Don via the Don River, and are within hours of reaching the Sea of Azov or the Black Sea.  Photos from the River Don, taken today:

These gray colored vessels are Amphibious LANDING Craft, which can carry troops on an invasion.

According to the White House , today POTUS  “is meeting with members of his senior team in the Oval Office.”  Unusual for a Sunday. . .

More details as they become available.