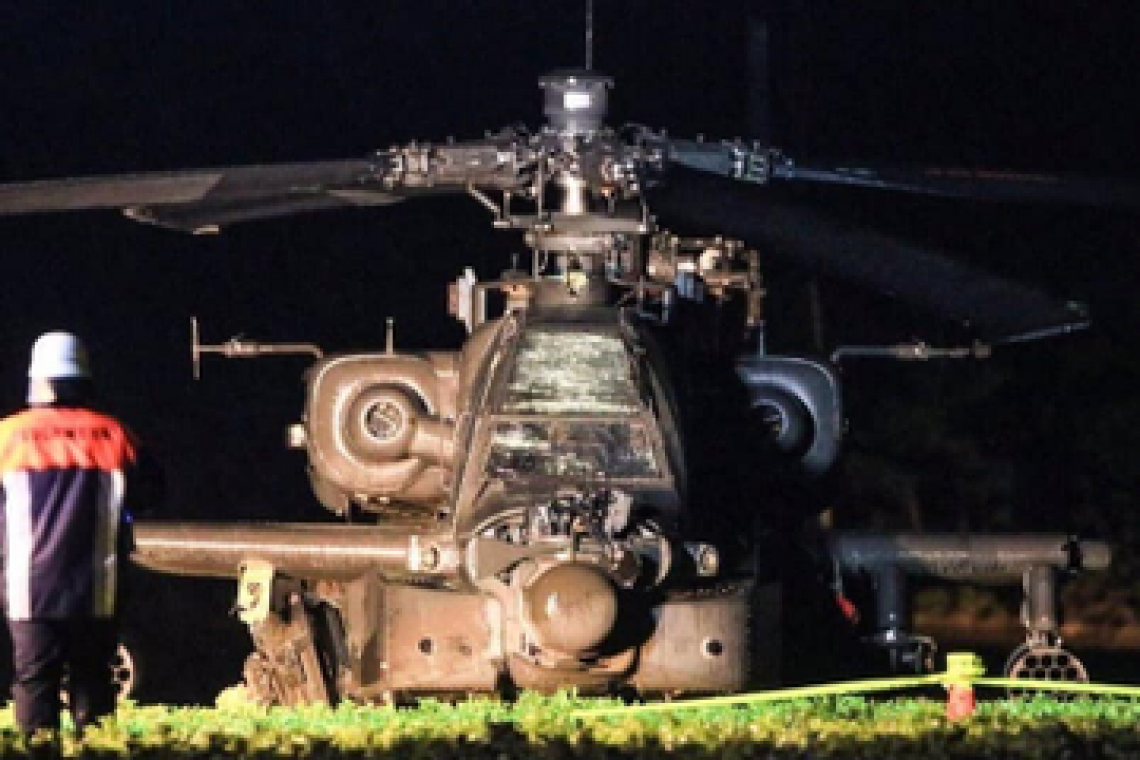 An attack helicopter from the United States Army has hit an electrical tower in northern Bavaria (state) in Germany, forcing it to make an emergency landing.

The helicopter, an Apache AH-64, was burned on its exterior from the high voltage wires, but no one aboard was injured.

The electric tower was significantly damaged by the collision.

The helicopter made an emergency landing in a nearby field.

No word on why the collision took place.