U.S. & E.U. Can't Grab Ukraine Without a Fight . . . So They're Overthrowing Government of Kazakhstan 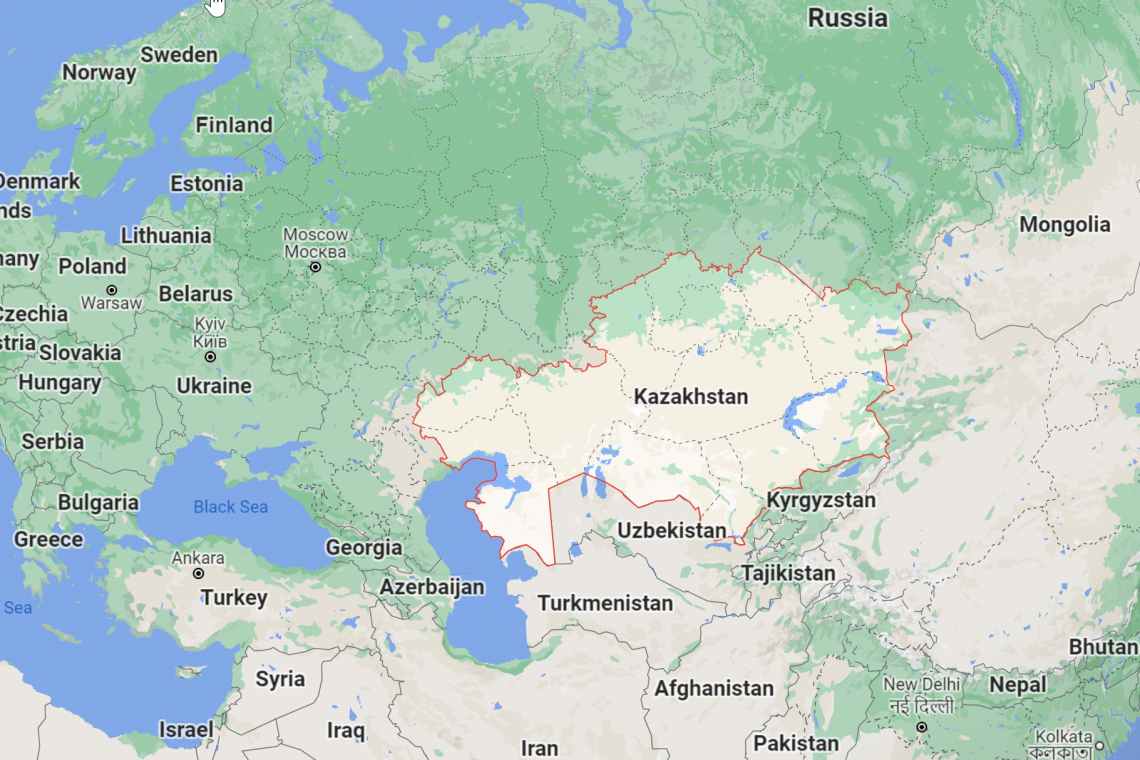 In their seemingly never-ending quest to be able to position first-strike missiles around Russia, the US & EU tried to grab Ukraine, but realize they cannot without a war from Russia; so now they're overthrowing the government in nearby Kazakhstan!

Within the past 72 hours, all sorts of civil disobedience has suddenly arisen, with sudden and wild protests on streets of many cities, towns and villages.

In Alma-Ata, all floors of the building of the mayor's office, attacked by protesters, are on fire. During the confrontations in Kazakhstan, there are casualties among the security forces.

About 10-13 thousand protesters are on the streets in Zhanaozen. Demands for new parliament elections and government resignation.

Police attempting to intervene are being physically attacked, beaten-up and pushed back.

The sudden and vast size of protests indicates something far more organized at work: US and EU bribe money, being paid to key organizers, to destabilize and overthrow the government!

What is taking place in Kazakhstan right now, is a precise re-enactment of what took place in Ukraine back in 2014.   At that time, the US and EU poured billions into Ukraine and used the public their bribe money bought, to overthrow that government.

The goal?   Simple: Bring Kazakhstan into the sphere of influence of Europe (and the U.S.) in order that US missiles can be placed on the territory of Kazakhstan, aimed at Russia.

The EU and US have been thwarted in their efforts to do this with Ukraine, and are facing actual, hot war with Russia over the continuing Ukraine efforts, so now the EU and US are moving to overthrow another government to achieve the same goal.

It is important to note that both Russia and China are heavily invested in Kazakhstan, especially in the oil and gas industry there.  Moreover, Kazakhstan is home to the Baikonur Cosmodrome, leased to Russian Aerospace Agency.

In September 2013 a visit to Kazakhstan by then-new Chinese President Xi Jinping, led to the signing of energy deals worth $30 billion, including China National Petroleum Corporation’s (CNPC) acquisition of an 8.3 percent stake in Kashagan, the largest oilfield in the world.

Just today, Almaty airport has been captured by government opponents. All flights cancelled. Kazakh oil production site workers going to protests . . . but are reportedly still being PAID . . . . by whose money?

Workers of CNPC-AMG (Chinese owned oil company) closed a bridge in Kenkiyak, one of the most important routes and junctions that to oil infrastructure.

And look at the "demands" being suddenly put forth by the protesters:

Demands of the Protesters in #Kazakhstan

1. Immediate release of all political prisoners

2. Full resignation of president and government

3. Political reforms:
Creation of a Provisional Government of reputable and public citizens. Withdrawal from all alliances with #Russia pic.twitter.com/wNAi47Mspg

On the world scale, Kazakhstan produces 43% of all Uranium on earth as well.  So there are global implications to this sudden unrest.  Uranium prices are now soaring on world markets.

The understanding that this is all inspired, fomented, incited by the EU and US is confirmed by the following:

Mukhtar Ablyazov, chief Kazakh opposition figure in exile, is Kyiv (allegedly coordinating protests in KZ from there) and has spoken on "Ukraine-24" TV channel owned by the UKR oligarch Rinat Akhmetov... pic.twitter.com/3D49Y22SjX

So the top protest organizer of this whole uprising is in . . . . UKRAINE . . . . and spoke on Ukraine TV last night!   Can it be any more obvious that the EU and US are behind this latest outbreak of trouble? Their fingerprints are all over it!

Things are getting VERY bad over there, very fast:

State of emergency declared nationwide in Kazakhstan reports of arms seized by protestors. Situation can escalate to armed confrontation, the Kazakh army says it's on standby

Russia sees the handwriting on the wall and they know to an absolute certainty right now that the US and EU are never going to stop until they are stopped.

Look for the outbreak of actual war with Russia very soon.  If Russia does not put a stop to US and EU efforts, Russia will no longer exist.

Rioters or “foreign sponsored terrorists” as announced by the president of Kazakhstan — have made their way into the arsenal of the National Security Committee and acquired heavy weaponry such as mortars.

The shooting has started!

❗️The first documentary evidence of the combat use of lethal weapons during the protests in Kazakhstan.

The video shows how one of the, presumably, security officials is killed as a result of fire from the adjacent side.

UPD: video confirmed, this is Almaty.

URGENT: PRESIDENT OF KAZAKHSTAN— "Rioters have been trained abroad — this is external and and act of aggression against Kazakhstan.  Formally requesting immediate assistance from Collective Security Treaty Organization (CTSO) to stop "terrorist aggression.""

The area in Green below is for subscribers only, but general updates for the general public will continue to appear beneath it.

Rioters are now shooting at police and government buildings.

Looters are being SHOT DEAD by store owners.

Reports of heavy clashes in Almaty as military forces have entered the city to restore order.

SITUATION COMPLETELY OUT OF CONTROL

Video below of heavy gunfire between police and protesters.  Average citizens flee in terror; hiding, afraid to move.