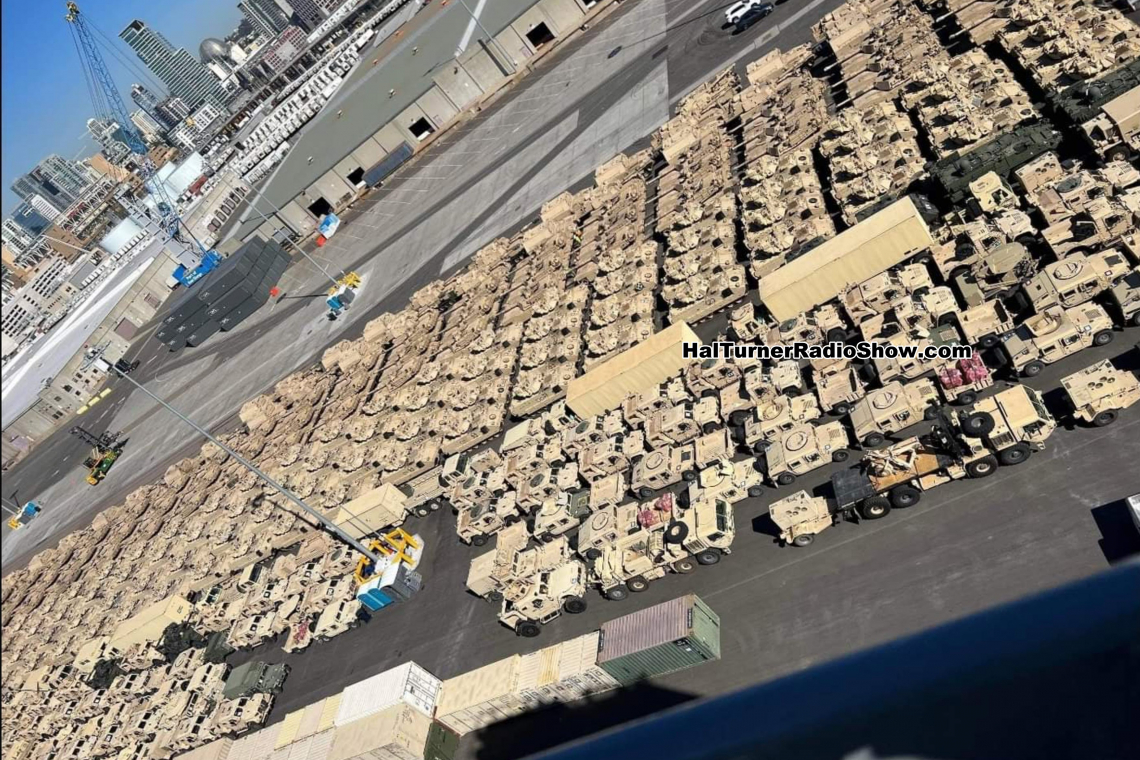 The armed forces of the Untied States have begun moving MORE THAN 45 M1 Abrams Main Battle Tanks, and MORE THAN 80 Bradley Fighting Vehicles from the port of . . .  San Diego, today.  Where in the Pacific might this armor be going????

The armor above translates to a tank battalion and roughly 2 mechanized battalions.  That's some heavy duty firepower!

The US moves toward multiple war fronts just keep getting worse and worse.

The heavy battle armor shown above is being loaded on the USNS Bob Hope which will head out into the Pacific.   But to where?

Europe?   You can't get there from here . . . well, at least not too easily.  The US east coast is GENERALLY from where a European supply would travel.

Eyes open on this one, folks.  It will tell a tale based on its transit.