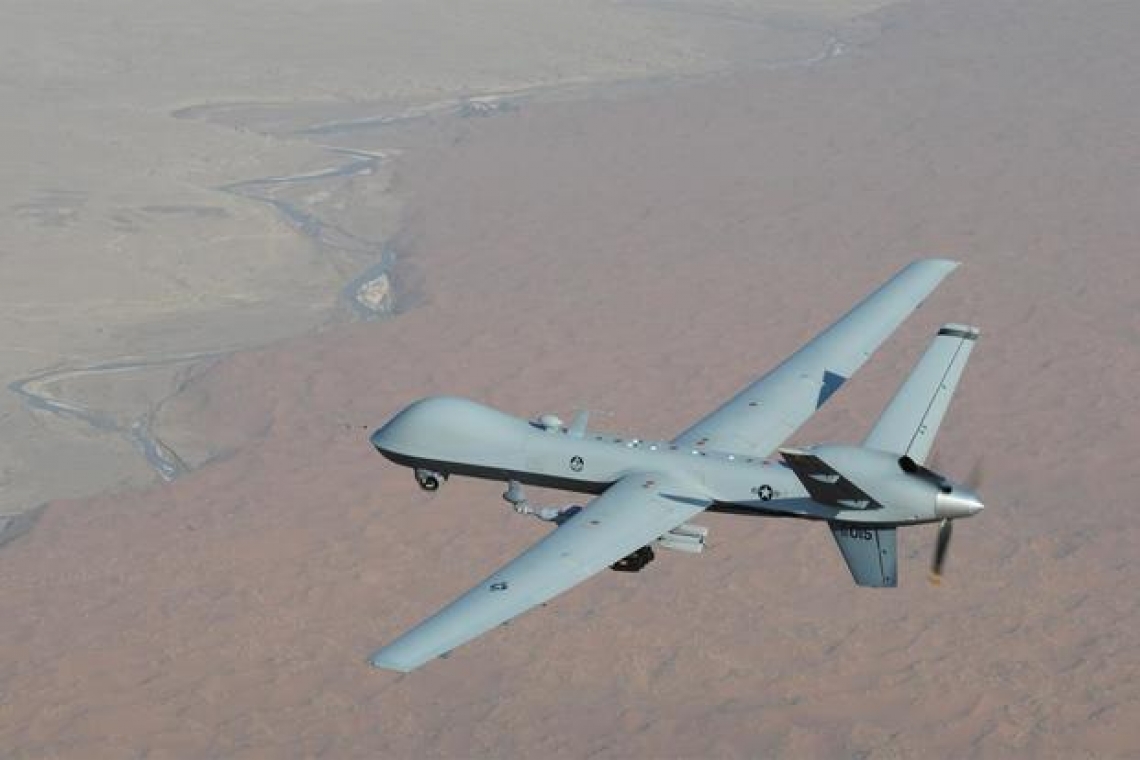 Officials with U.S. Central Command say they're looking into reports that an MQ-9 Reaper, a multi-million dollar hunter-killer drone flown by the U.S. Air Force and other nation's militaries, has been shot down in Yemen.

A spokesman for Yemen's Iran-backed Houthi rebel movement said Tuesday that the group's air defenses had brought down the drone, which they claimed belonged to the U.S. military.

U.S. defense officials have confirmed a U.S. MQ-9 was shot down.

The Houtis in Yemen are being supplied by Iran in their war against Saudi Arabia.

Questions so far:  Why was an armed US drone flying over Yemen?   How could a ragtag band of Houti rebels shoot down one of the most sophisticated US drones?

Hal Turner Remark: This is what happens when our nation involves itself in other people's conflicts where no US interests seem to exist.  And before anyone tells us that Saudi Arabia is our ally and we're helping them "in our interests" the response should be "Tell Saudi Arabia to fight its own battles."