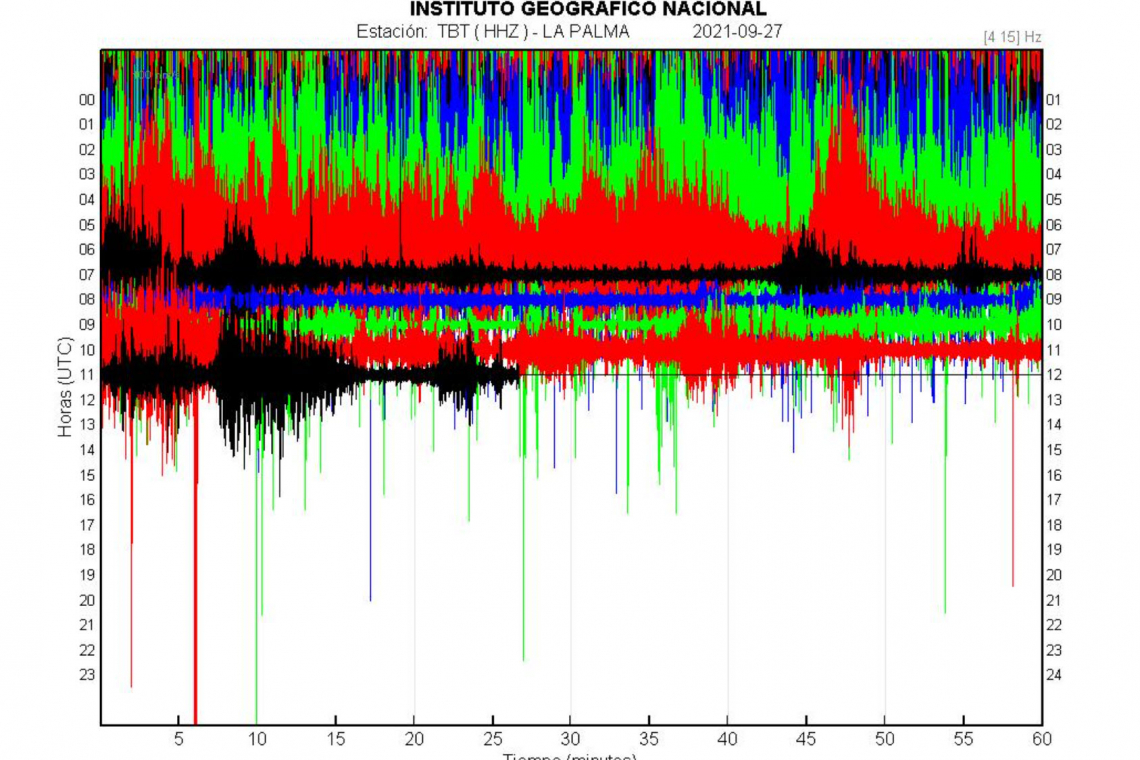 Something happened with the volcano eruption on La Palma island in the Canary Islands, at about 3:40 AM eastern US time overnight: FLATLINE!  All activity just . . . stopped.

This sudden and almost inexplicable silencing of an erupting volcano on LaPalma SEEMS to coincide almost to the minute, with a Magnitude 6.0 earthquake that took place very far away on the Island of Crete in the Mediterranean Sea! 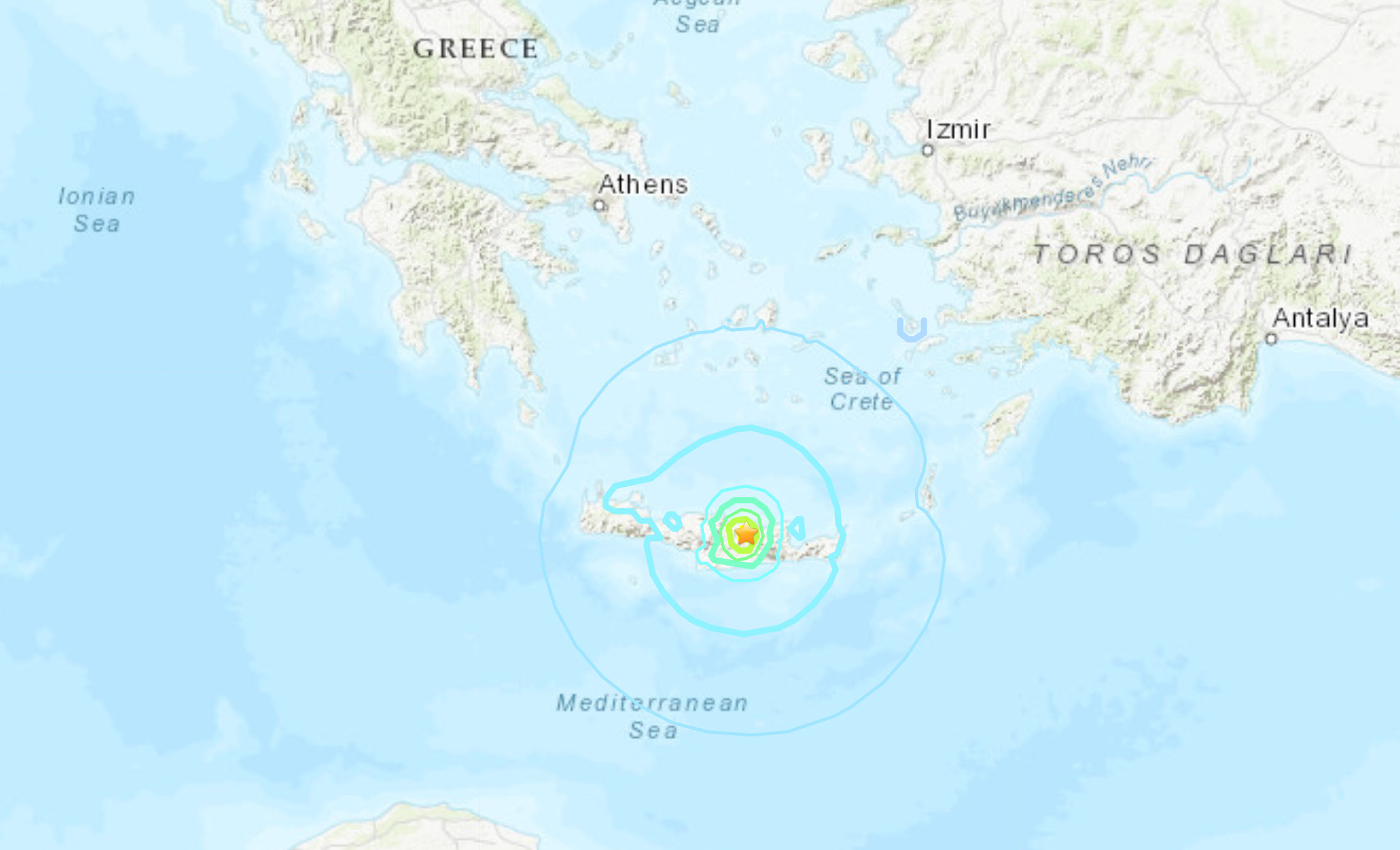 Here is the USGS Report on that Crete earthquake (HERE)

What's interesting about this is that La Palma is on the African Tectonic Plate. The African plate is slipping under (subducting) the Aegean sea plate which is the plate that Heraklion, Crete, Greece sits on the edge of.

We're no experts, but it would seem like an eruption could be effected by a decent sized quake on the other side of the plate since it's all about pressure release and movement of plates.

The map below shows LaPalma as the origin and Crete as Destination for travel, just to give readers an idea of how far away from each other those two places actually are:  9 1/2 hour air flight!

Yet within seconds of the major earthquake on Crete, the LaPalma volcano went almost completely silent.  Here's the map: 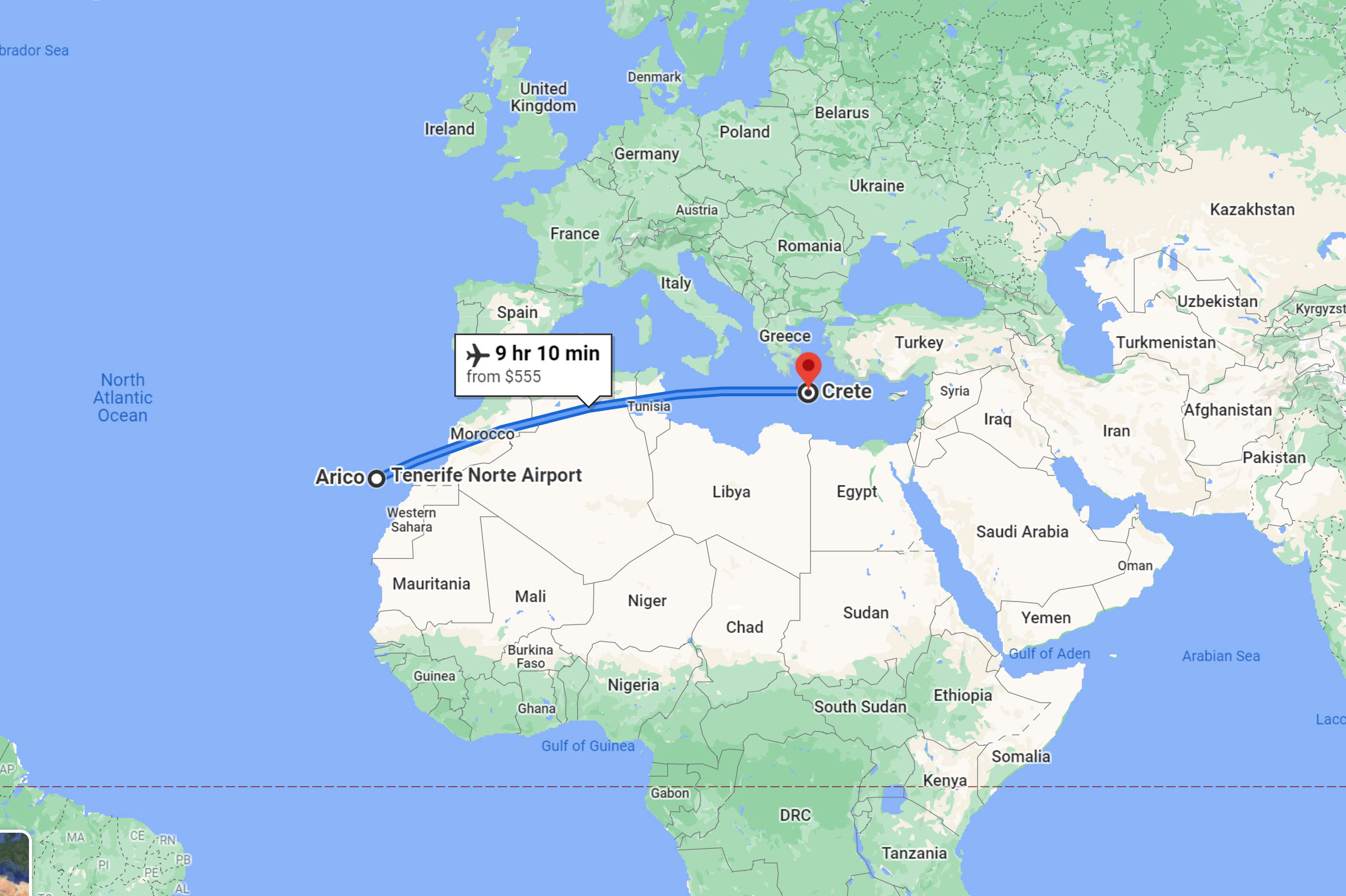 After several hours of quiet, the volcano RESUMED its eruption with smoke, ask, steam and lava flow.