US-Russia Meeting in Geneva Did Not Go Well. State Department Admits they told Russia "Nuclear War must be avoided" 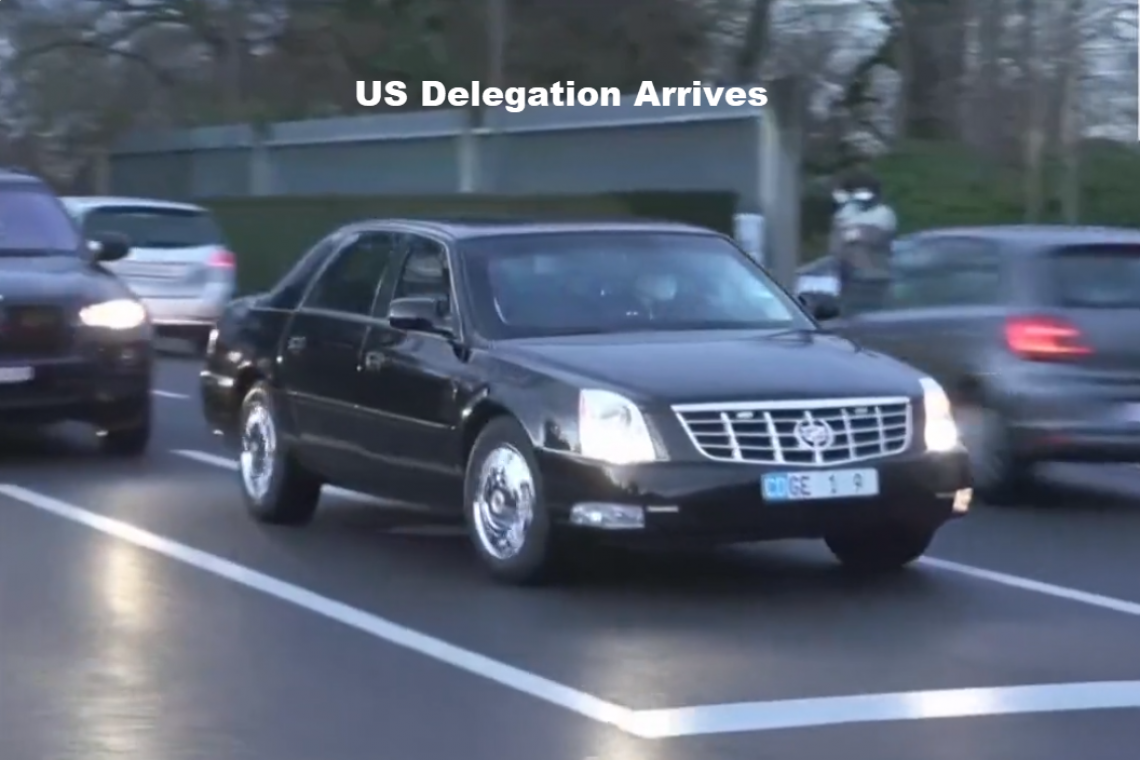 The Russian-American negotiations on security in Europe ended in Geneva (Switzerland). After more than 7 hours of closed-door talks, Russian Deputy Foreign Minister Sergei Riabkov spoke to journalists to take stock of the meeting with the American delegation chaired by his counterpart Wendy Sherman.

Above, a Cadillac brings American delegation to the meeting.

Below, a Mercedes Benz brings the Russian Delegates: 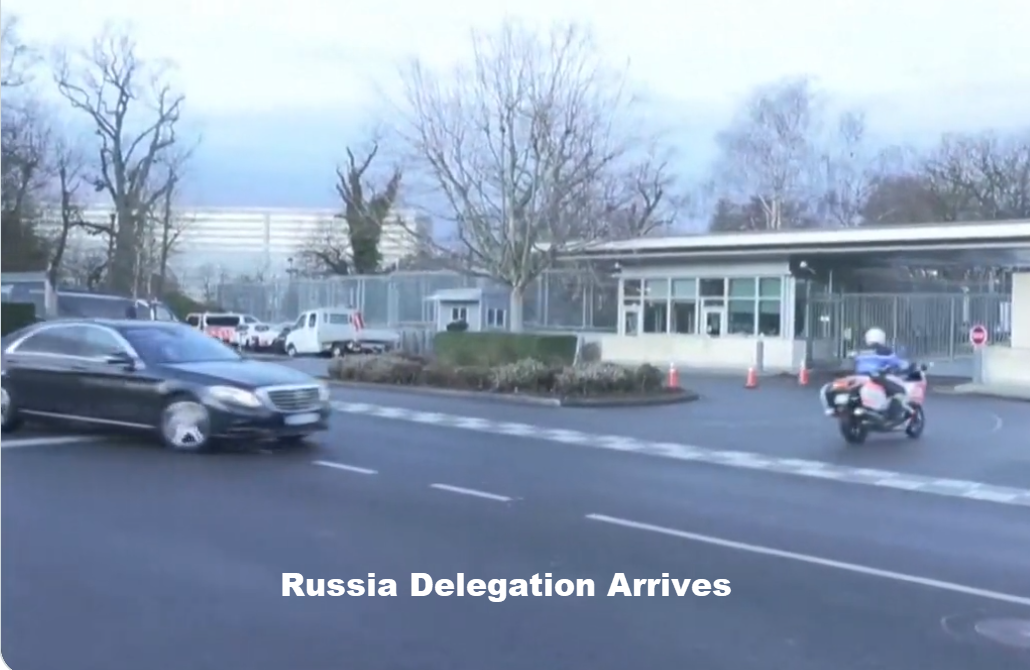 The Russian representative declared that Russia had repeated to the Americans that it had “no intention of attacking Ukraine”, this hypothesis having been conveyed by the United States and in the media in recent months due to troop movements.  He warned, however, that Washington should not underestimate the risk of a confrontation.

According to Sergei Ryabkov, the United States takes Russian demands “very seriously”. Notably the end of NATO enlargement towards eastern Europe. Russia was satisfied with the seriousness with which the Americans had received, during talks on Monday, Russian demands to guarantee its security in the face of NATO.  Riabkov judged after the Geneva talks that the “situation was not hopeless.”

Without progress on the subject of non-expansion of NATO and non-deployment of missiles near the Russian Federation, discussions with the United States on other aspects of security guarantees risk being compromised, said Ryabkov. “We have made it clear that without progress on these three key issues (NATO enlargement, non-deployment of missiles, material development of the territories of the states which have joined the NATO) discussions on other aspects will be compromised” he declared.

Russia has not responded to the US demand for de-escalation on the Ukrainian border during Monday’s talks in Geneva, the US Deputy Secretary of State said. She explained to journalists that Moscow could initiate this de-escalation by “sending back to their barracks the soldiers” amassed at the border in recent weeks.

Asked to say whether her Russian counterpart Sergei Riabkov had given pledges in this direction, she replied: “I don’t think we know the answer to that.”

US State Department also said: We issued warnings to Moscow about Ukraine during the Geneva talks, and we also stressed with Russia the need to prevent a nuclear war, and there will be no victor if it occurs.

The key question on whether there will be further talks this week, after the meetings today, remains unanswered.