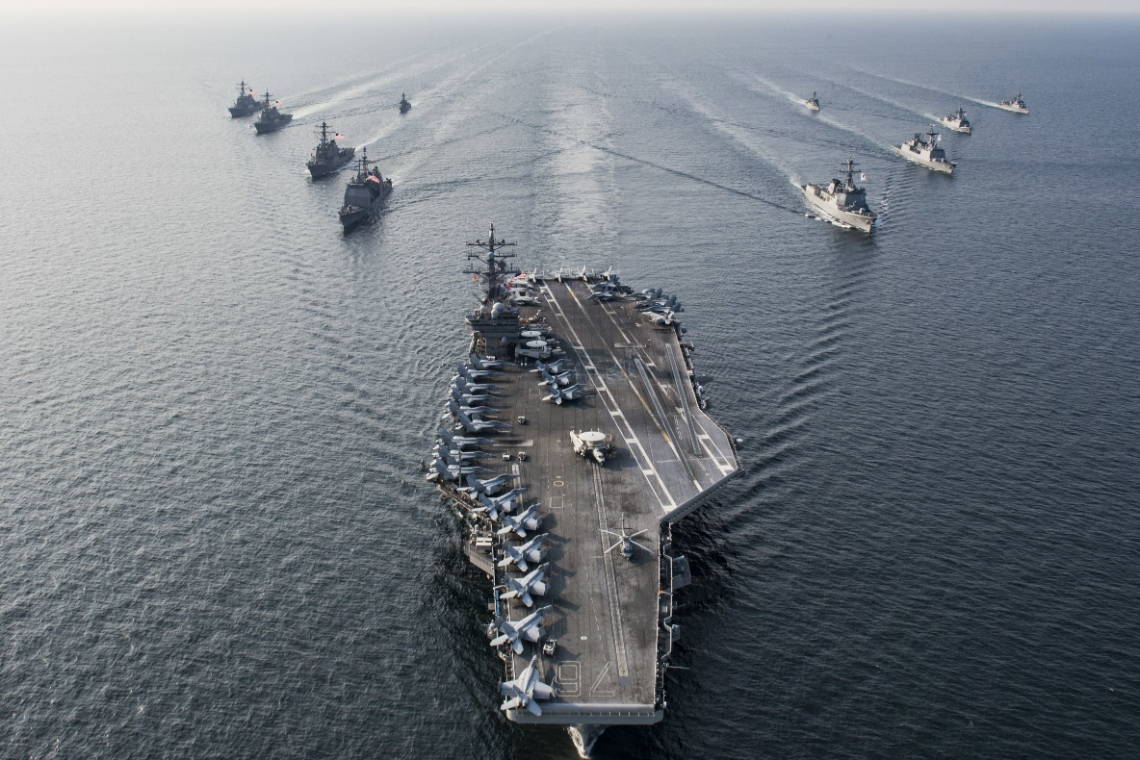 China and the United States are building up their military strength around the Taiwan Strait as tensions rise over US House Speaker Nancy Pelosi’s possible visit to the island.

"Chinese analysts said the strong warnings from the Chinese military meant that the Chinese People's Liberation Army (PLA) is well prepared for all the possible challenges if Pelosi visits the island, and they advised the PLA Rocket Force to conduct drills with new missiles targeting any possible US aircraft carriers and other large military vessels that may be involved in Pelosi's visit."

A Chinese ministry of defense spokesman has warned that the People's Liberation Army would "take strong measures" if the speaker "insisted on going ahead".

US officials have told media outlets that if her visit goes ahead, the U.S. military will increase its movement of forces and assets in the Indo-Pacific region. They said U.S. fighter jets, ships, surveillance assets and other military systems were likely to be used to provide overlapping rings of protection for her flight to Taiwan and when she arrives on the island.

So not only will the Speaker of the House enter China air space without China permission, to land in China (Taiwan) without permission, her flight will be protected by US fighter jets!

Reports describe a scenario that China could send aircraft to "escort" her plane and prevent it from landing if she visits Taiwan, possibly on a US military aircraft, and a US official said the scenario is a legitimate concern.

Hu Xijin, a commentator for the Global Times newspaper, the official mouthpiece for the China Communist Party, said that he expected to see PLA's aircraft flying together with Pelosi's plane into the airspace of Taiwan island. That would set a great precedent for the PLA to patrol above the island, which would be far more meaningful than Pelosi's visit.

Sooner or later, the PLA's aircraft will enter the airspace above Taiwan in a legitimate and righteous move to manifest China's sovereignty over the island, he continued. "To do this, we need an opportunity which could prompt the international community to better understand the mainland's move is natural rather than a provocation. Pelosi's potential visit to the island will lead to major changes on the situation in the Taiwan Straits, and PLA's strong reaction is in line with the expectation of the international community and the visit will offer PLA a good reason to send aircraft over the island" Hu said.

"So, the ball has come to Pelosi and the Biden administration that is cooperating with her and the Democratic Progressive Party (DPP) on the island. We have to make full preparations this time for a showdown to them. If they dare to take a small step, we will take a major step to fiercely crack down the US and the DPP's arrogance and provocation," Hu said.

Xin Qiang, deputy director of the Center for American Studies at Fudan University, told the Global Times that the US executive branch is very worried that this potential visit will cause a conflict to break out between China and the US.

"Pelosi doesn't care that she might make a big mess of US-China relations, because the executive branch and the military will be the ones forced to take the consequences and deal with the aftermath," he said.