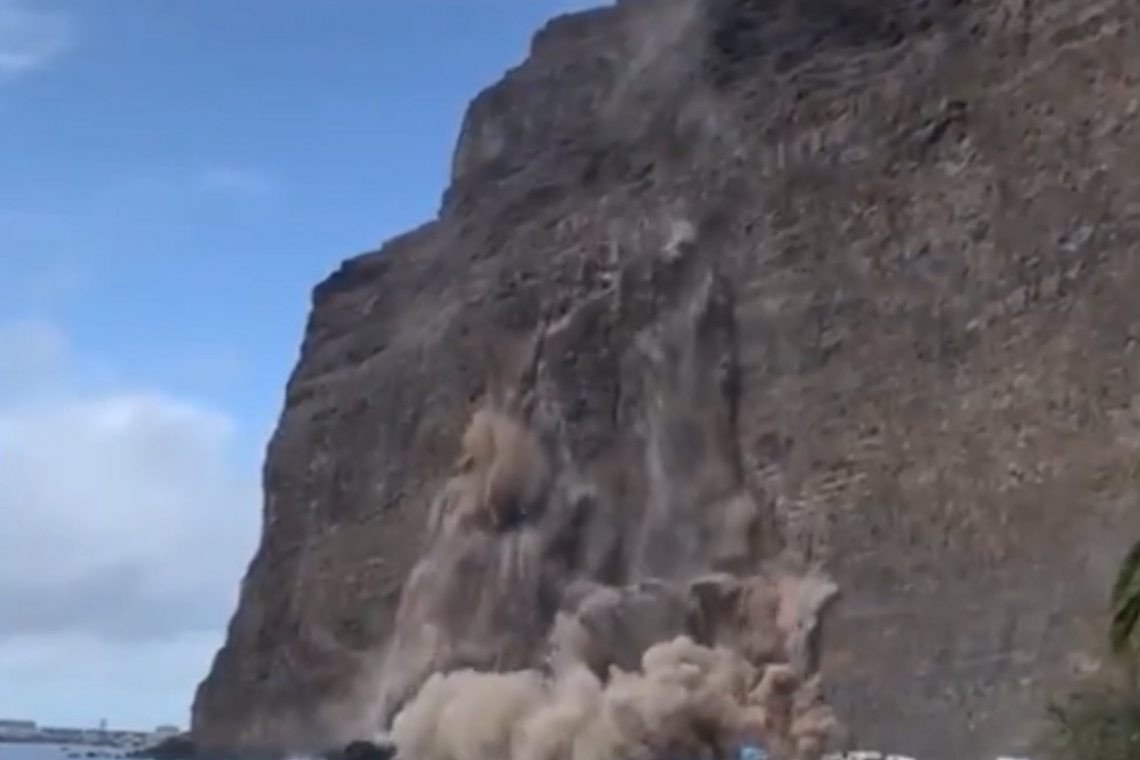 At significant-sized cliff collapsed off La Gomera, and island of the Canary Islands, off the northwest coast of Africa, today.

Those volcanic islands are positioned as such, that when a major collapse finally takes place, it will Tsunami the entire east coast of the USA.

As seen on the map below, La Gomera is the second smallest of the Canary Islands.

Video from tourists on La Gomera, shows a very significant piece of a volcanic cliff, collapsing into the ocean.

There was NO TSUNAMI from this, but you get the idea of how fast one can happen.

Another island in that same Canary Island chain, is La Palma.  That is the island from which a Tsunami is likely to be generated because the entire southwestern third of the island is already eroding badly and thought capable of collapse.

In such a collapse, about 900 cubic KILOMETERS of land would suddenly fall into the Atlantic.  6-8 Hours later, the east coast of the United States (the entire east coast) would be hit with a Tsunami wave 300-1000 feet tall, wiping out every major city - and the entire state of Florida,  killing millions.