Warfare Intensifies between Armenia - Azerbaijan; Other Nations Jumping in! 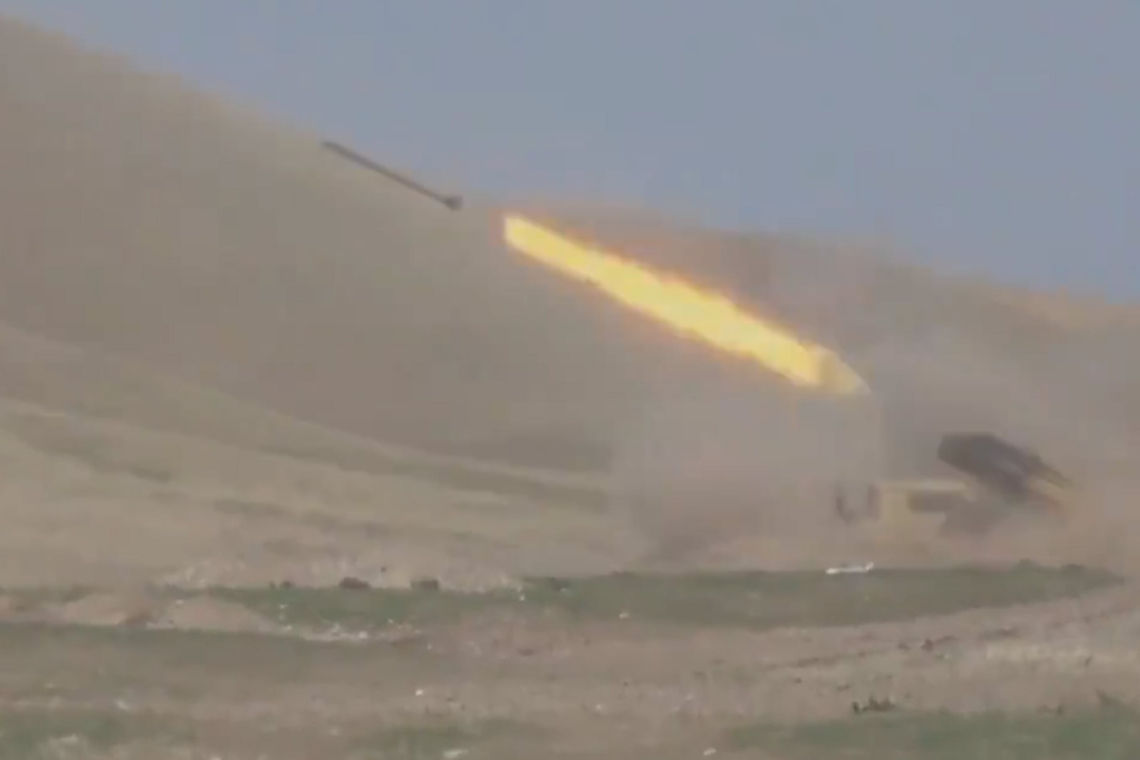 Overnight, warfare between Armenia and Azerbaijan intensified beyond belief.

Both sides have brought heavy armor, multiple Launch Rocket Systems, aircraft and thousands of additional troops into the fight.  Worse, outside nations, Israel, Turkey, Russia, and Iran,  are sending convoys of military gear to both sides indicating the fight is broadening very fast.

According to information from the Armenian side, the AZERBAIJANI GENERAL Mais Barkhudarov was captured.

Video from the capital of Armenia show Mig-29 fighter jets, flying low and fast toward the battle lines.

Presumably, MiG-29 fighters of unknown state affiliation were spotted in the vicinity of Yerevan. pic.twitter.com/cj8w48azNy

There are unconfirmed reports that Azerbaijan forces have captured the city of Fuzuli. 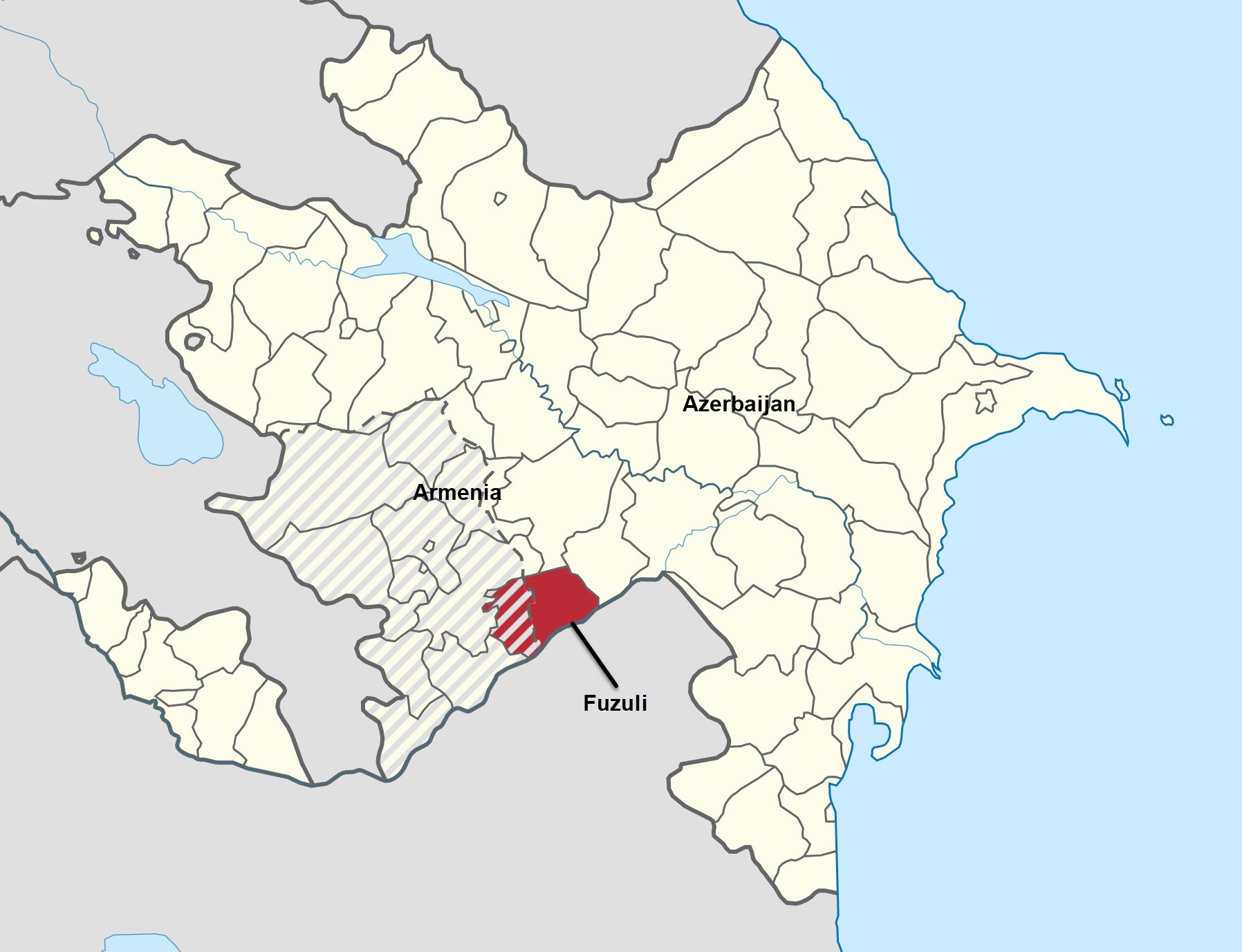 Other nations are already jumping-in to this ugly situation.

Israel has shown its character by sending plane loads of military gear (weapons) to Azerbaijan, via Turkey as indicated by the flight radar map below: 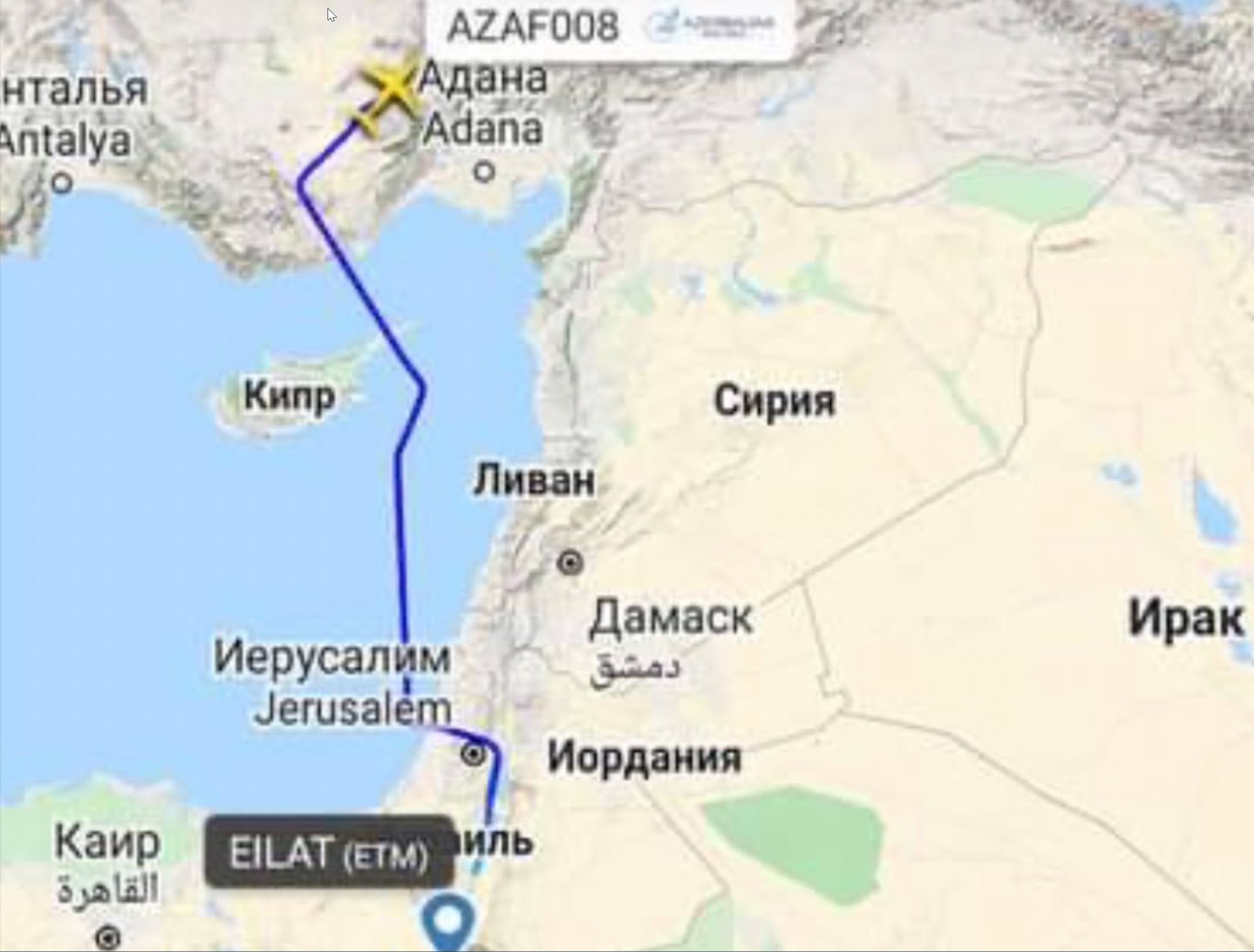 It is more than interesting to see these two countries working together since Turkey is ardently anti-Israel . . . . or is that just some kind of ruse?

By supplying Azerbaijan, Israel is squarely AGAINST the USA; an interesting thing for them to do since their little country allegedly cannot survive without Billions in welfare every year from the United States.

And the Israelis have been doing this for weeks  leading up to the ongoing fighting.  Pictured below is a plane from the Azerbaijan military, in Israel to pick up weapons! 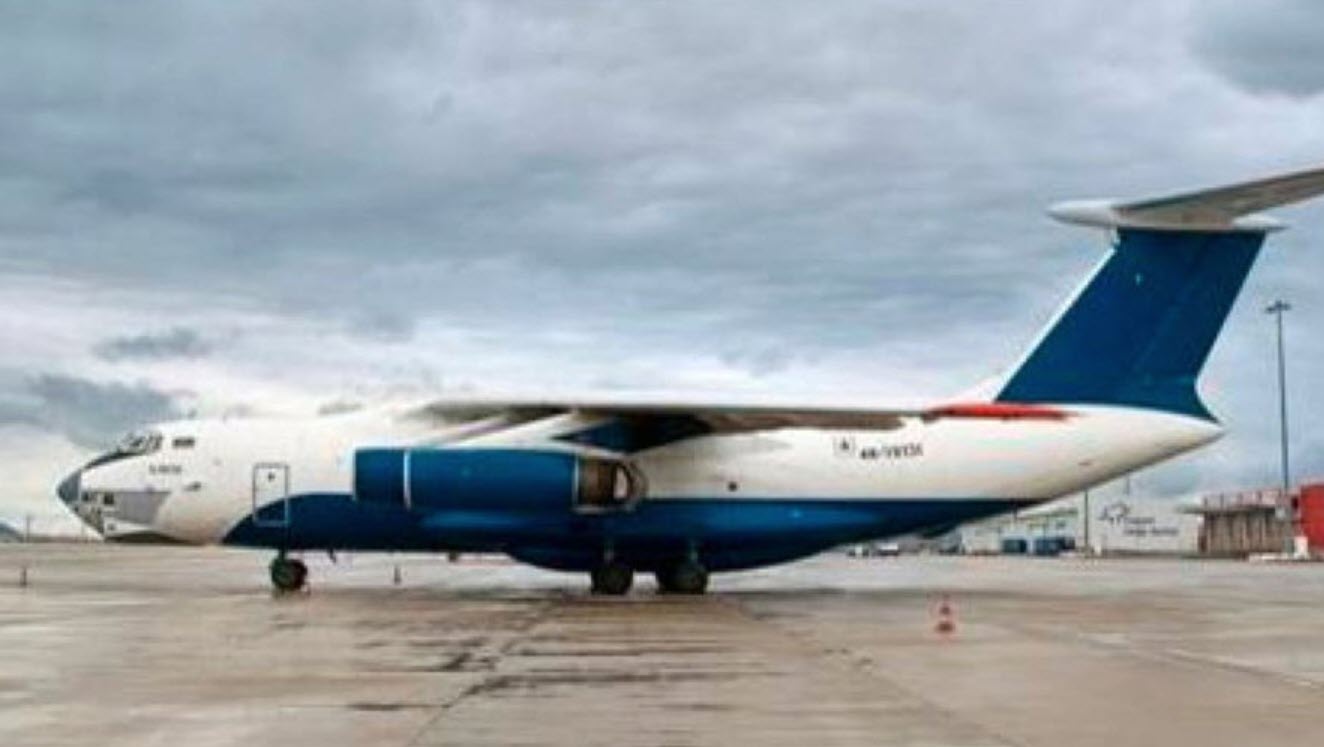 Armenia protested sharply to Israel following the Azerbaijani army’s use of an Israeli-made suicide drone to attack an Armenian convoy during renewed fighting, which is one of the most violent rounds of hostilities since war ended in the region 10 years ago.

Do the Israelis think we don't watch what they do?  Do they take the USA completely for granted - or is it something else;  do they think they can act with impunity?  They're wrong.  Israel should stop biting the hand that feeds it.

The Turks are proving to be troublesome too. Below, video of Turkish F-16 fighter jets flying just feet away from Armenia's southern border.  The Turks are supporting Azerbaijan.

Turkish F-16s based in Nakhijevan flying along south Armenian border.
They have been doing this in the last 4 days. Armenian side is just watching.
I like the roar of F-16. pic.twitter.com/kXiY7ExgQj

Officials in Armenia have directly stated that Turkish F-16's are actually involved in the fighting.  They claim Turkish air strikes hit the disputed territory yesterday, but this is not yet confirmed by outside parties.

What can be confirmed is that Turkey is violating Armenian territorial air space with military drone engaged in Recon as evidenced by this radar plot from yesterday: 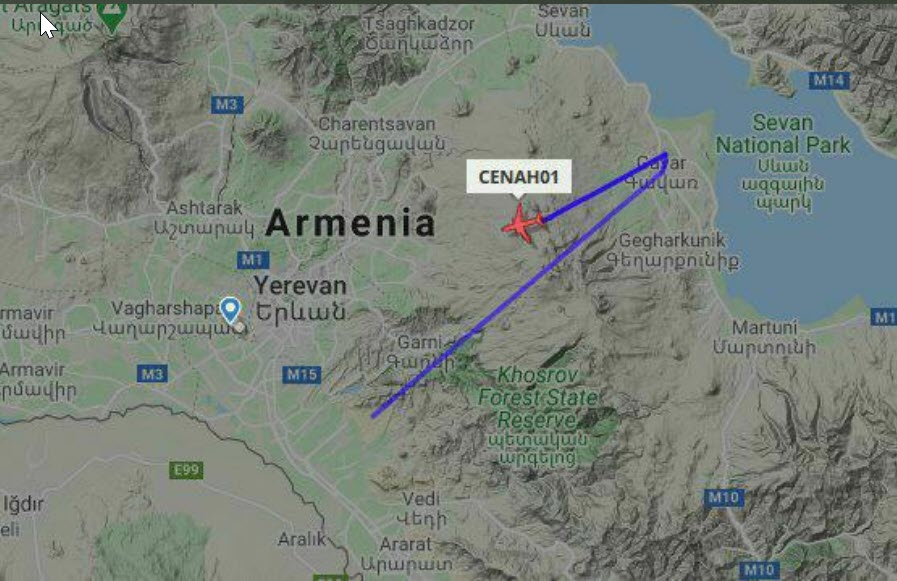 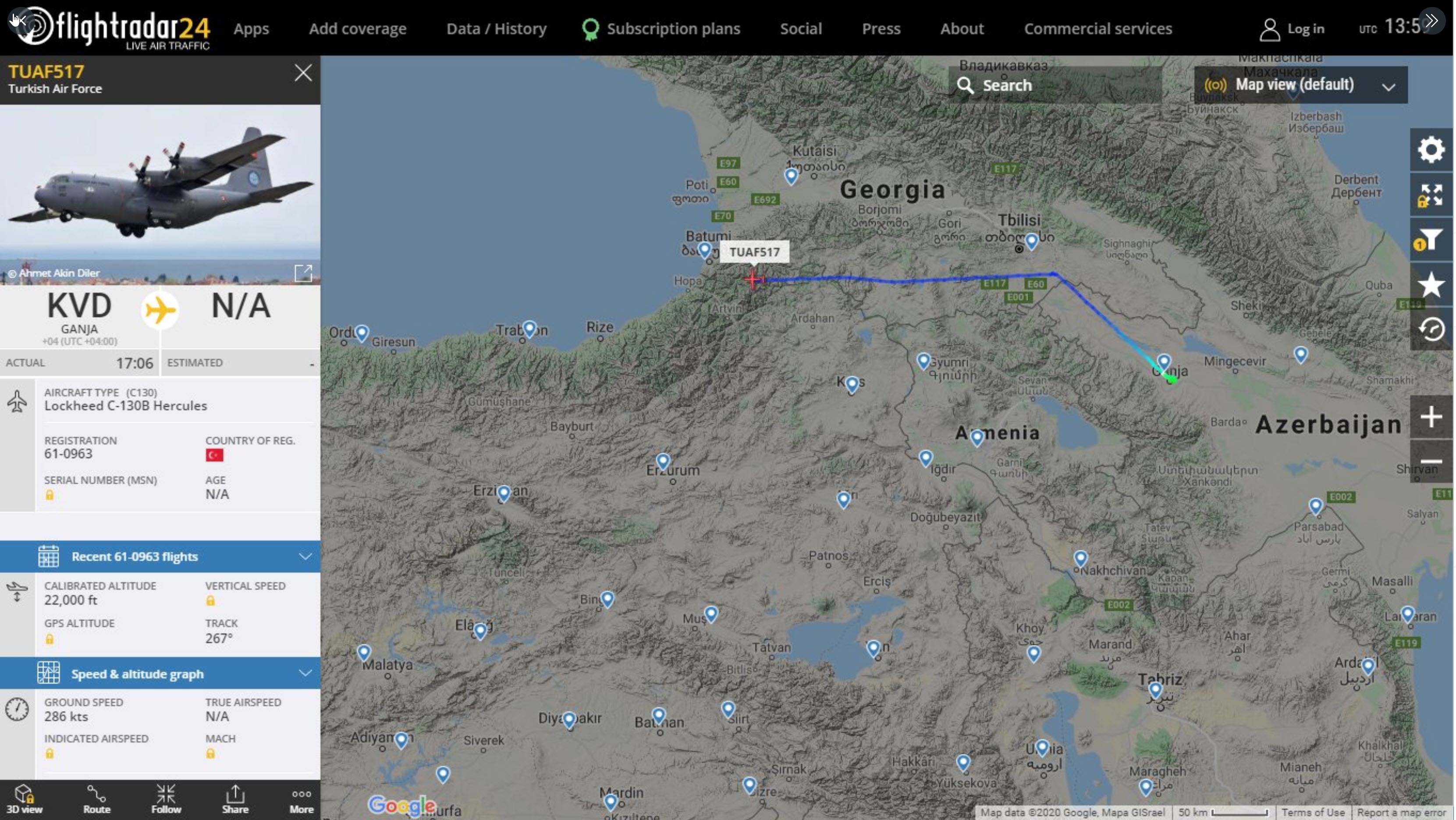 Russia is shipping vast quantities of equipment into Armenia both from Russia and from inside Iran.

Today at around 07:30, horrified by their huge manpower and equipment losses, the adversary used the TOS heavy artillery system at the south-eastern direction. The Armenian side doesn’t have any losses from the shelling. pic.twitter.com/04emW4peSB

Elsewhere, the Greek Parliament has decided to suspend talks with #zerbaijan after its military attack against Armenia.

As this conflict grows, the risk to the region and to the world grows with it.

Turkey intervened in the military conflict between Armenia and Azerbaijan and launched air strikes on the territory of Armenia, using its F-16 fighters. According to preliminary data, the strikes of Turkish fighters were deployed from the airspace of Azerbaijan, which means that combat aircraft were airlifted through the airspace of Georgia or neighboring Iran.

The Armenian Ministry of Defense has confirmed the use of Turkish combat aircraft, which means that now, in addition to actively monitoring the airspace of Azerbaijan, air defense systems will monitor Turkish airspace at a distance of 50 kilometers from the border, since the Turkish F-16s do not have long-range missiles.

At the moment, it is known that Armenia has raised its newest Su-30 fighters into the air, but the latter have so far been used to monitor the airspace and have not been used to launch missile strikes, however, the Armenian Defense Ministry did not rule out the use of combat aircraft to attack enemy forces ...

Today, Armenia has a fairly large number of air defense systems in service, and it is for this reason that the active involvement of the air forces of Azerbaijan and Turkey is not yet widespread.