West Side of La Palma Volcano Cone HAS COLLAPSED 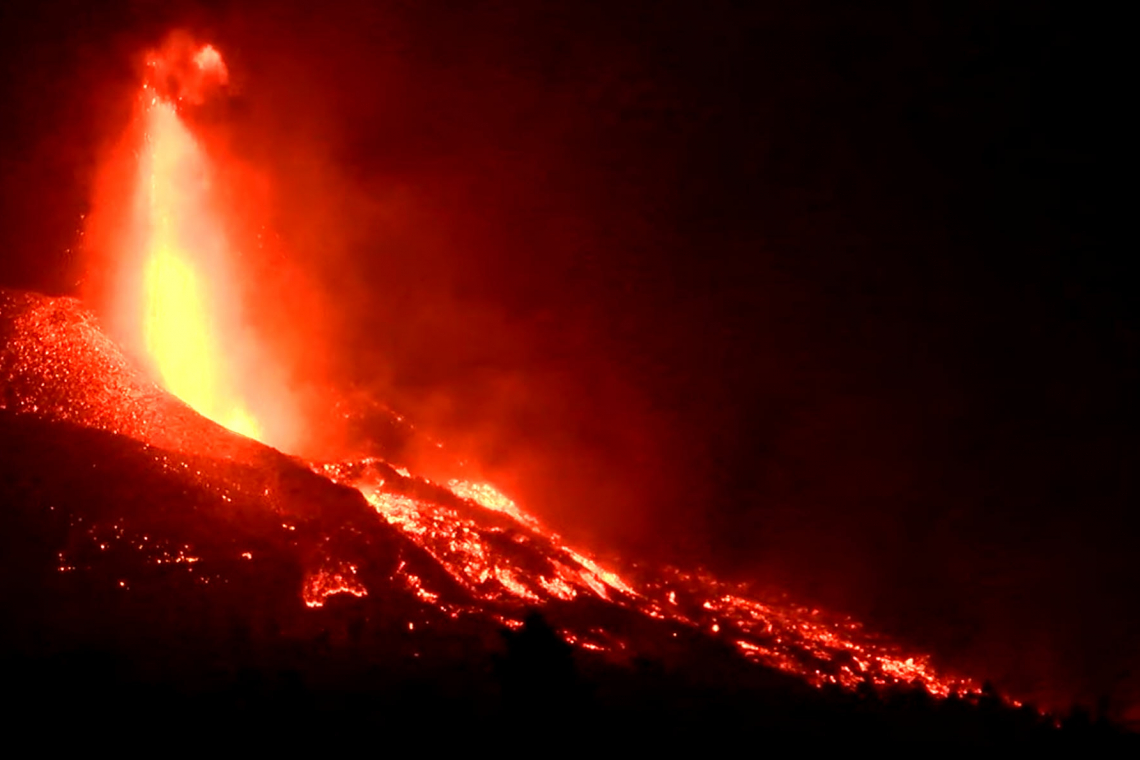 The "cone" of the erupting volcano on the island of La Palma, has suffered a west-side cone collapse.  This is **NOT** the landslide that so many scientists have been concerned about for years, and there is NO TSUNAMI from this, but it is serious.

As shown in the image above, the entire west side (right) of the cone has fallen into the volcano, allowing several new rivers of lava to begin pouring out of the volcano.  In addition, FAR MORE LAVA is now erupting out of the earth than ever before.

New lava rivers are flowing in different directions that the existing flows, meaning more homes and businesses down-slope will be destroyed.

In fact, almost the entire volcano mountain is now covered by flowing lava as seen in the live video below:

Yesterday, this web site reported that the island of La Palma has been vibrating so badly, it actually created visible "gravity waves."  That story, HERE.

A dust cloud from the Sahara desert, containing sulphur dioxide (SO2) originating from the volcano on the Spanish island of La Palma, has today, Sunday, October 3, affected the Caribbean island of Puerto Rico. 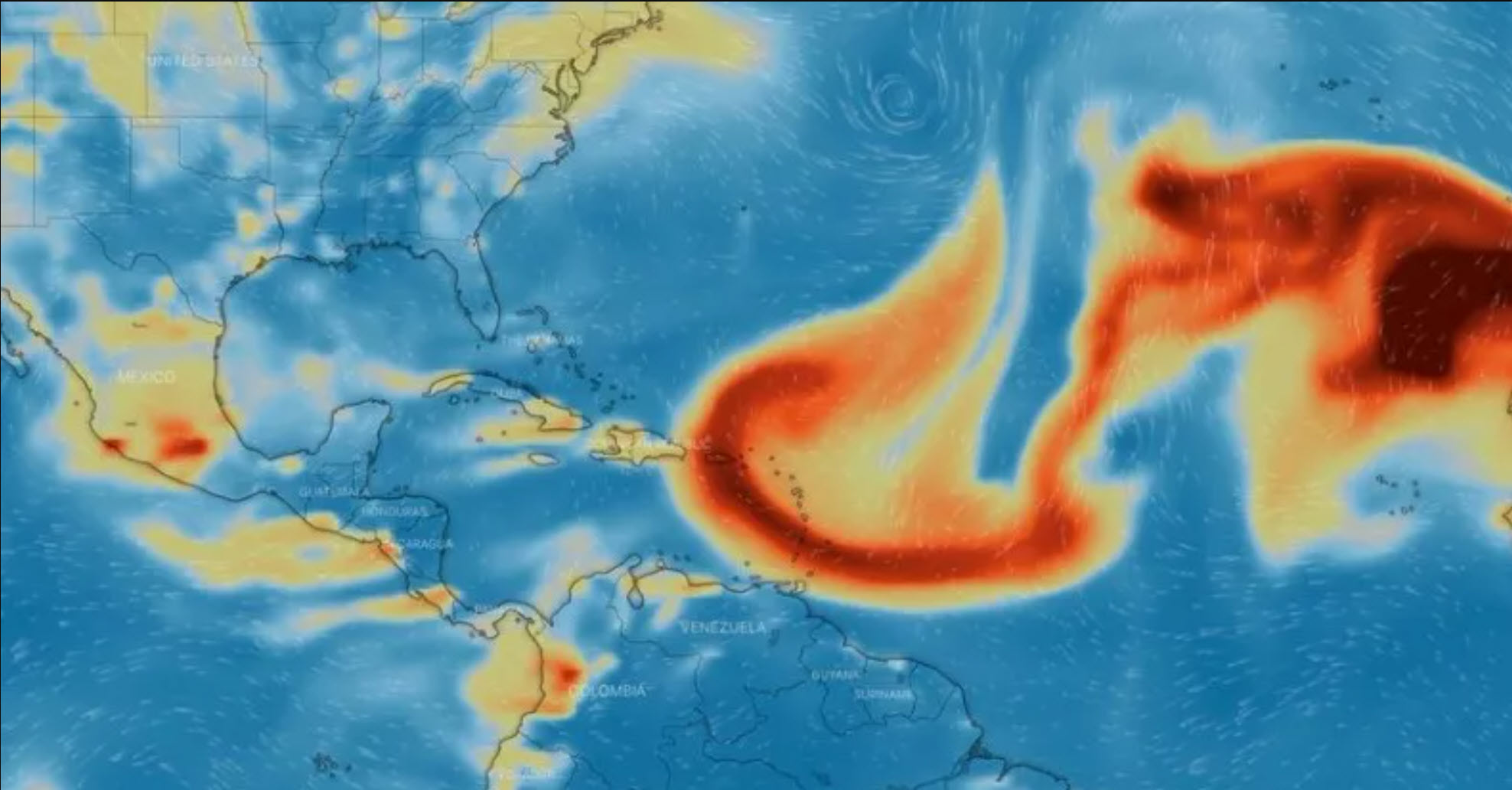 The cloud has reportedly caused a deterioration in the air quality of the Caribbean territory, and was disclosed through social networks by the Caribbean Astronomy Society. In online posts, the entity revealed how the Copernicus Sentinel-2 satellite of the European Space Agency (ESA) had detected the sulphur dioxide cloud.

Subsequently, the satellite had traced the origin back to the Canary Island of La Palma, and the Cumbre Vieja volcano. The volcano has now been active since September 11, and has allegedly emitted as much as 3,401 tons of sulphur dioxide per day into the atmosphere in its volcanic plumes.

The emission of these gases is becoming richer in sulphur and poorer in carbon over time, reflecting the emission of more degassed magma from a shallow conduit. The diffuse emission associated with the Cumbre Vieja ridge has reached values ​​of 1,813 tons per day, and the emission of invisible gases does not represent a danger to the population.

Seismicity activity is reported to be similar to that of the first few days of the eruption, at depths of between 10 to 15km, although some have been at a greater depth than 20km.