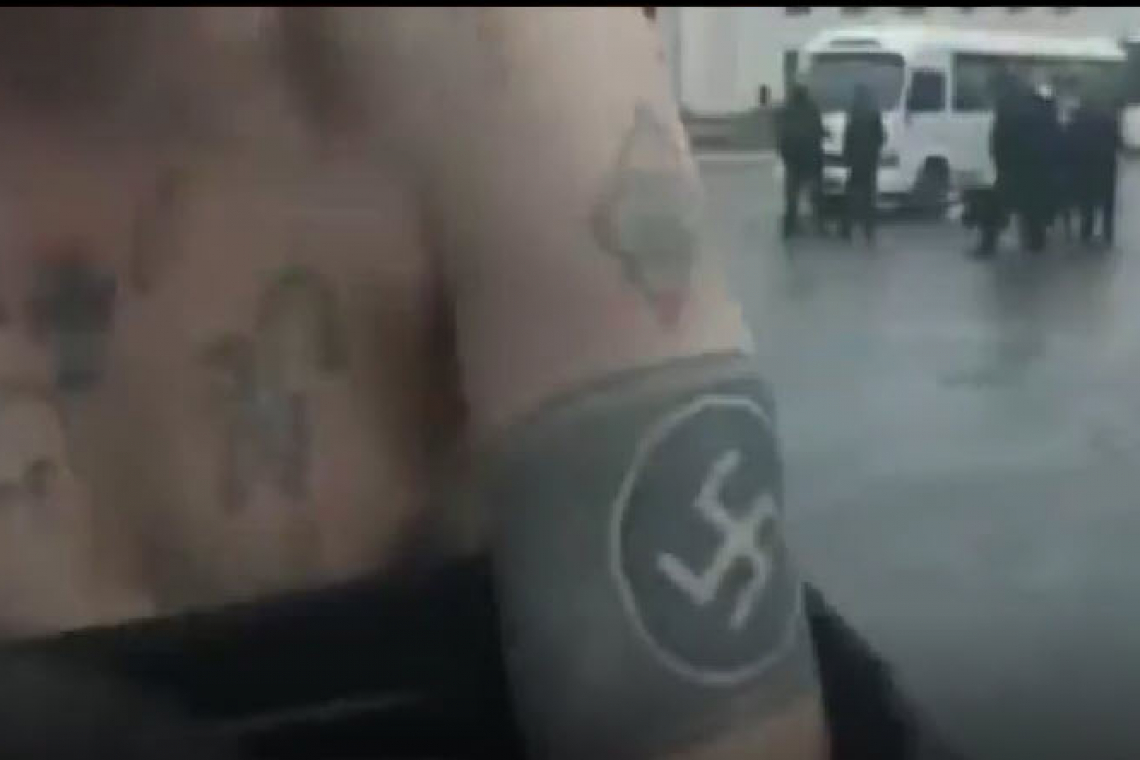 The reality of the Ukraine Army being filled with open and notorious, ACTUAL NAZIS, is something Americans are not being told by mass media.  It is a fact conveniently IGNORED by the US government.  Yet the Russians _know_ the facts, and they are examining men trying to flee Mariupol, Ukraine which is now surrounded by the Russian Army.   What the Russians keep finding should make Americans sick-to-their-stomach because it proves the USA is backing actual NAZIS.   Here. Look: