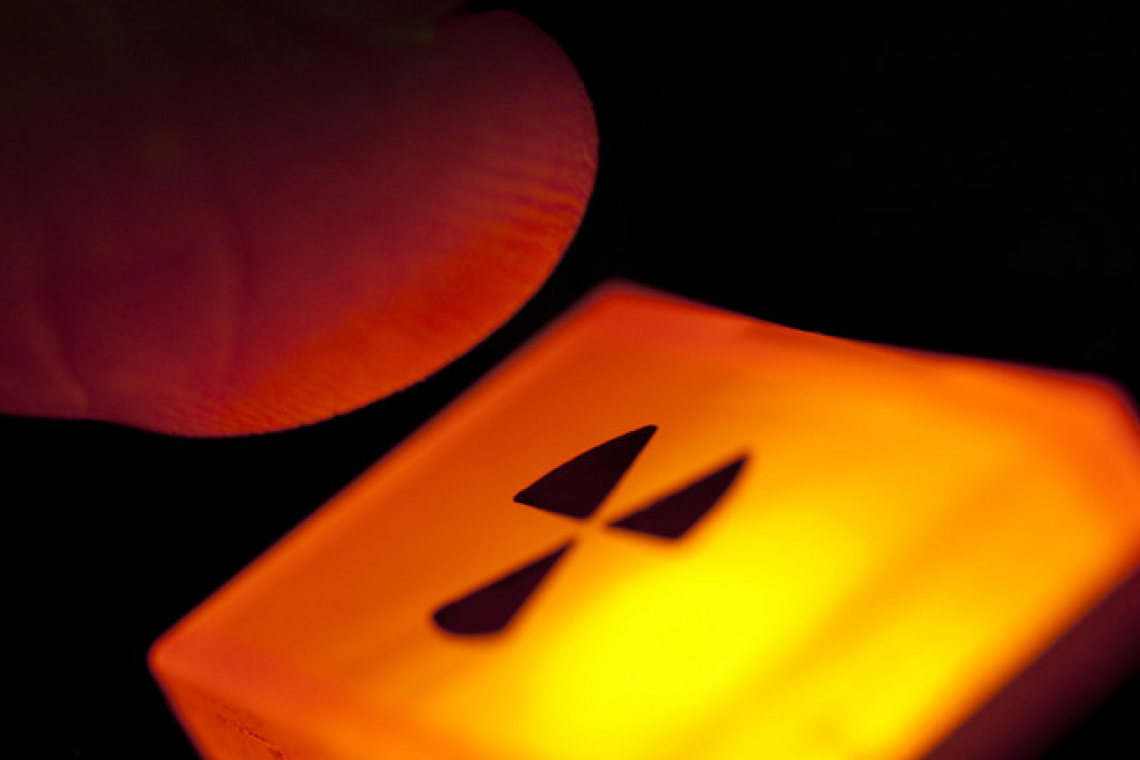 China, France, Russia, the UK, and the US have released a joint statement affirming their opposition to using their nuclear arsenals for offensive purposes, saying nuclear war cannot be won and must never be fought. BIBLE: When they say peace . . .  sudden destruction . . . .

“We affirm that a nuclear war cannot be won and must never be fought,” read the statement released on Monday. “As nuclear use would have far-reaching consequences, we also affirm that nuclear weapons – for as long as they continue to exist – should serve defensive purposes, deter aggression, and prevent war.”

The five signatories said they will continue to abide by their “bilateral and multilateral non-proliferation, disarmament, and arms control agreements and commitments,” and claimed that none of their nukes are targeted at each other or any other state.

The five nuclear nations, known as the P5, are not the only countries in the world with atomic weapons. India and Pakistan both possess them, and Israel is widely believed to have a nuclear arsenal. North Korea has also tested several nuclear devices.

OK, when I first heard this I got instantly creeped out.  Why?    Because nobody asked any of them to do this.

So that got me thinking: Why would they all do this, and why now?

Which brought me to the Bible, First Thessalonians 5:3

3 For when they shall say, Peace and safety; then sudden destruction cometh upon them, as travail upon a woman with child; and they shall not escape.

Here is the press release: 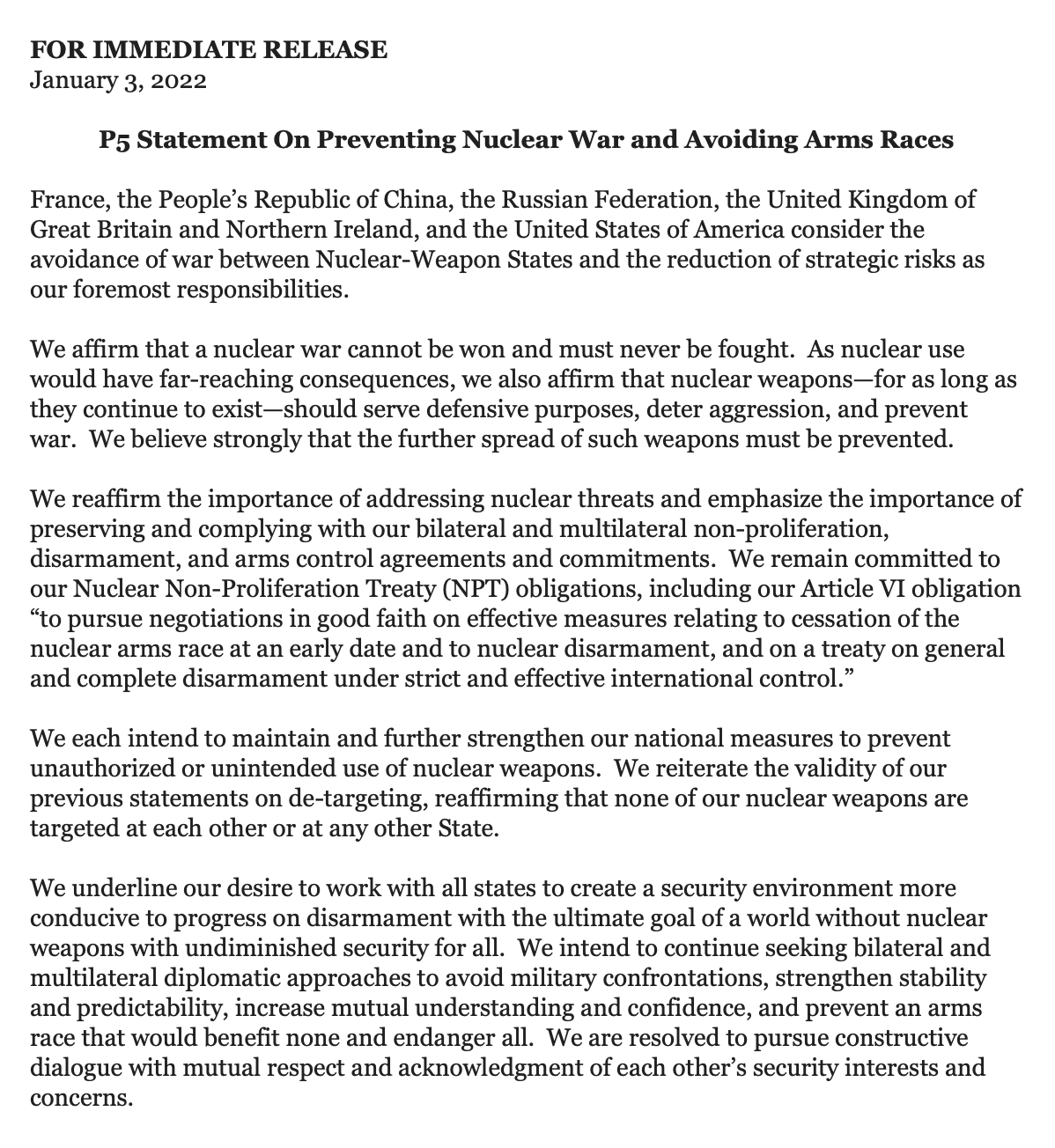